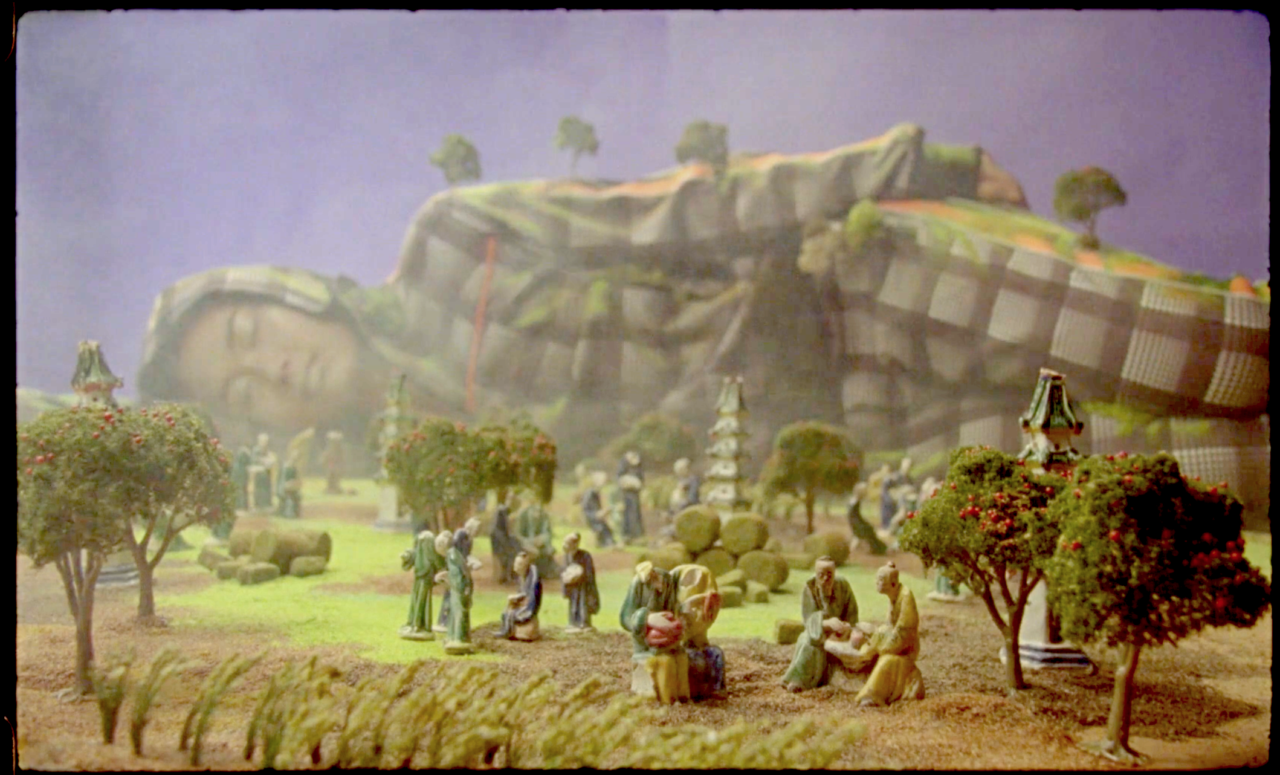 Stuart Croft Foundation is hosting a series of online events called ‘Questions’, where they will be inviting artists, curators, researchers and writers working with artists' moving image to discuss the process of thinking and making behind their projects.

For the first in a series, SCF and Jupiter Woods are partnering to welcome artist Michelle Williams Gamaker to talk about her film The Bang Straws, which was awarded a SCF Moving Image Award from Stuart Croft Foundation and a ‘Herstories & Feminisms’ research and development grant from Jupiter Woods in 2020.

The Bang Straws draws its vision from the production history of The Good Earth (Sidney Franklin, 1937) which was one of cinema’s most notorious cases of casting discrimination, with American-German actress Luise Rainer winning the high-profile lead of the Chinese farmer’s wife O-Lan. To do so, she wore racist “yellowface” as so many Hollywood actors did. Despite Anna May Wong’s talent and clear desire to play O-Lan, MGM only offered her the role of sex worker Lotus instead. While the focus on Anna is now no longer directly present, the casting discrimination she faced in 1930s Hollywood remains, alongside the violence of the casting process, a recurring motif in Williams Gamaker’s work; The Bang Straws re-casts O-Lan and reconstructs its innovative analogue VFX: filming locusts in hyper close-up, a storm sequence and locust swarm made from tea leaves.

Michelle will be joined in conversation with Carolina Ongaro and Katie Simpson from Jupiter Woods. Together they will talk about their collaboration and the research and production process, discussing the importance of supporting artistic research and experimenting with ways of making this public.

Curator and researcher Annie Jael Kwan will then talk with Michelle in response to ‘The Bang Straws’, exploring the film’s relationship with traditional Chinese art forms and tropes, the legacy of colonial filmmaking and cinematic practice, and how fictional activism and intercultural solidarity might operate as a methodology/lens for artists and organisers.

The discussions will be followed by an audience Q&A, chaired by SCF trustee and artist filmmaker Steven Eastwood.

The title of this series comes from Questions (2013), written and directed by Stuart Croft; a single-screen gallery projection on a continuous loop (5 mins 24 sec) in which a disgraced former US politician is endlessly interviewed about political fraud, financial corruption and marital infidelity.

The event is free to attend and will be conducted online via Zoom.

You can register to access the link to the Zoom livestream or alternatively you can watch the livestream on SCF's Facebook page.

More info including speaker bios can be found here.

Image credit: Still from The Bang Straws, by Michelle Williams Gamaker. Courtesy of the artist.