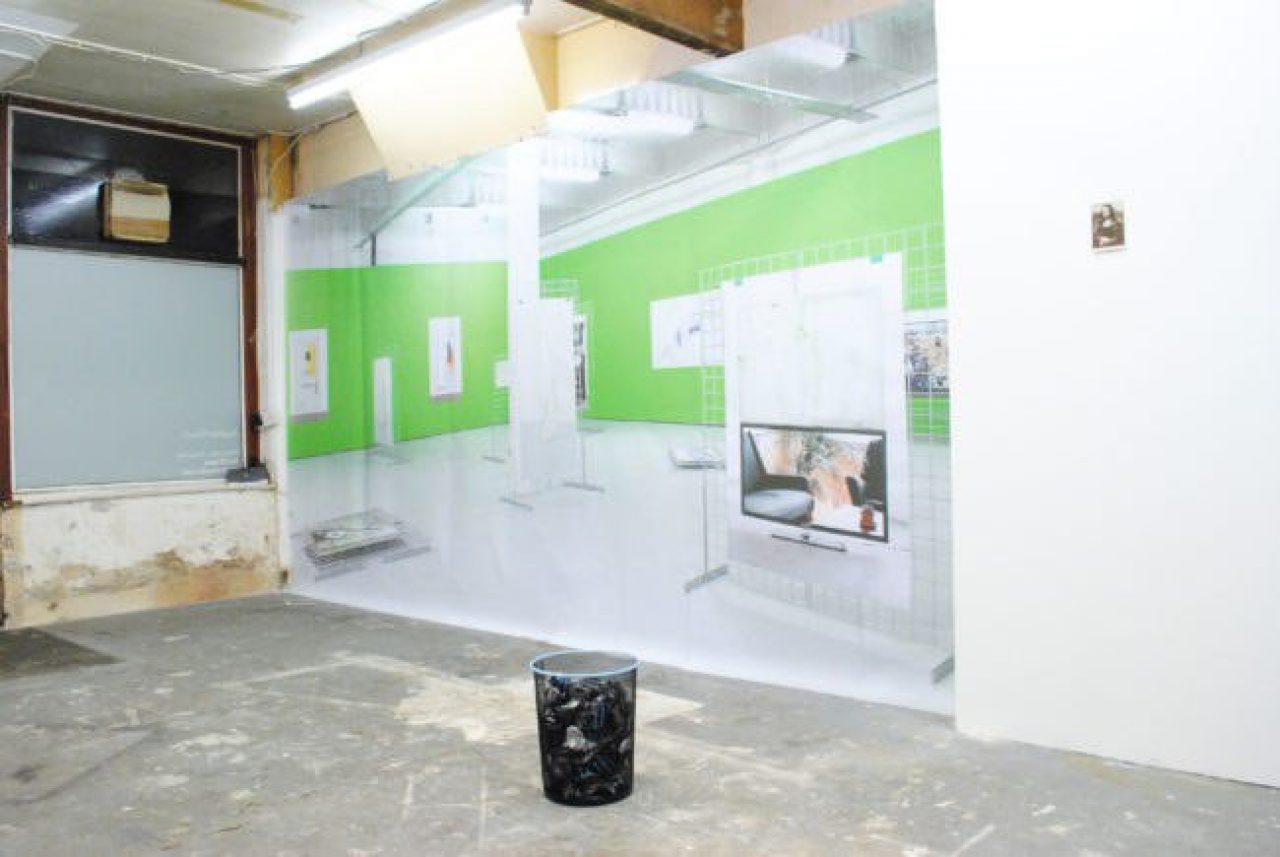 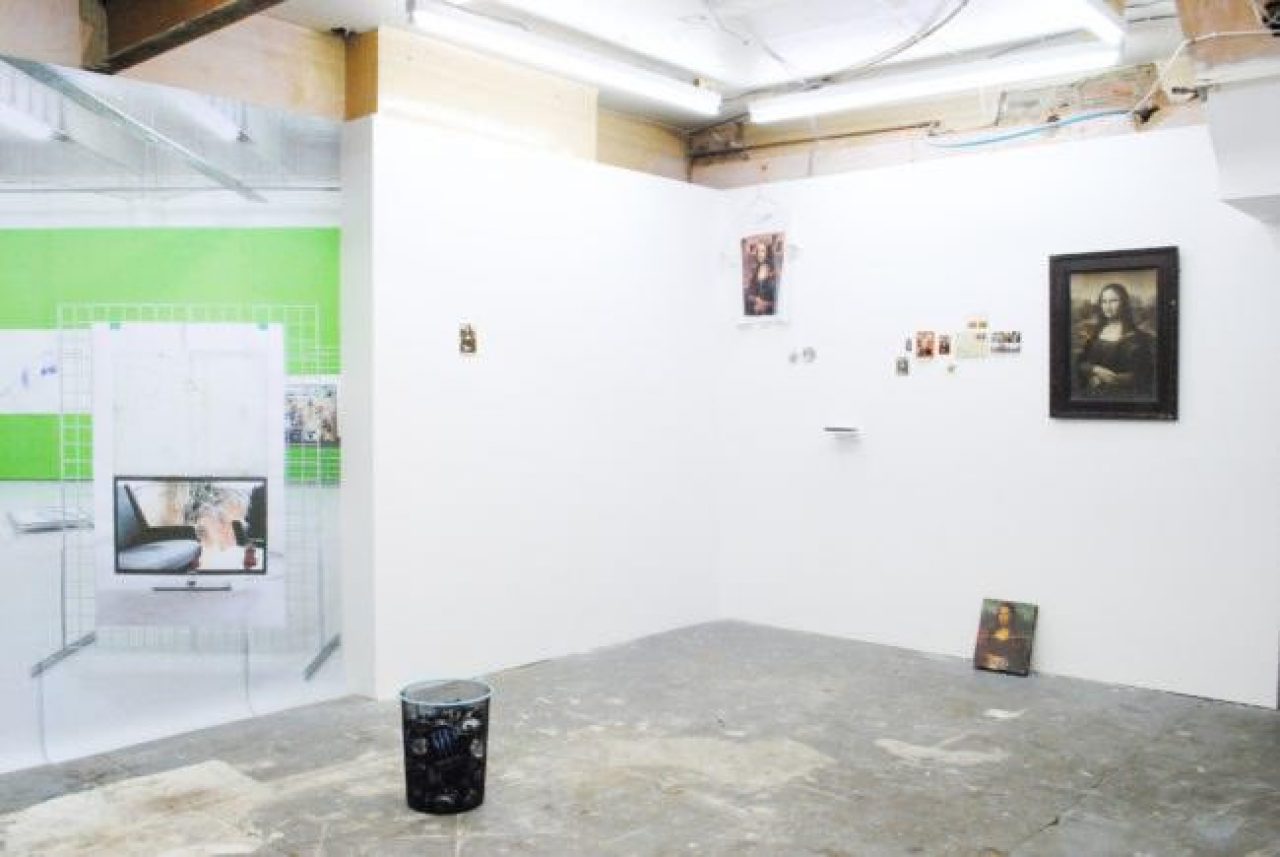 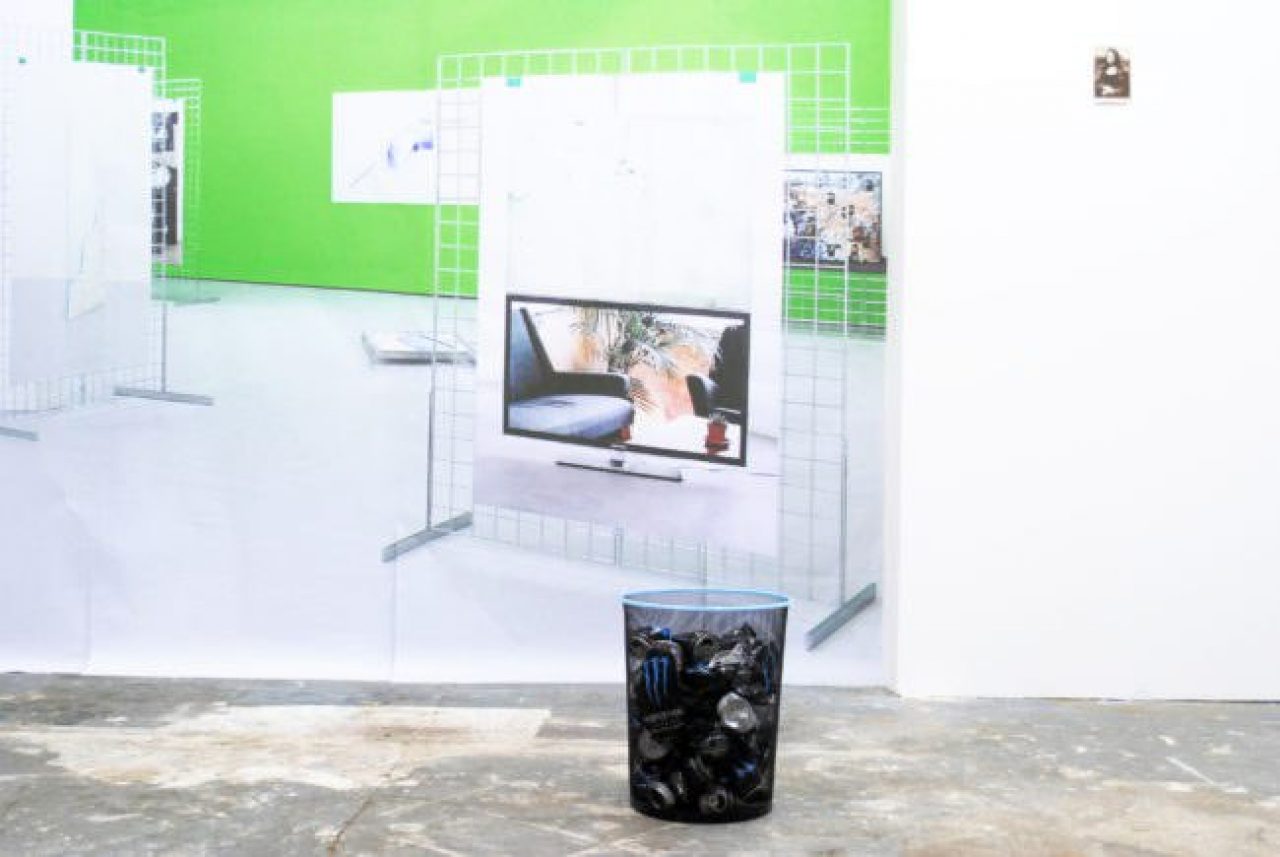 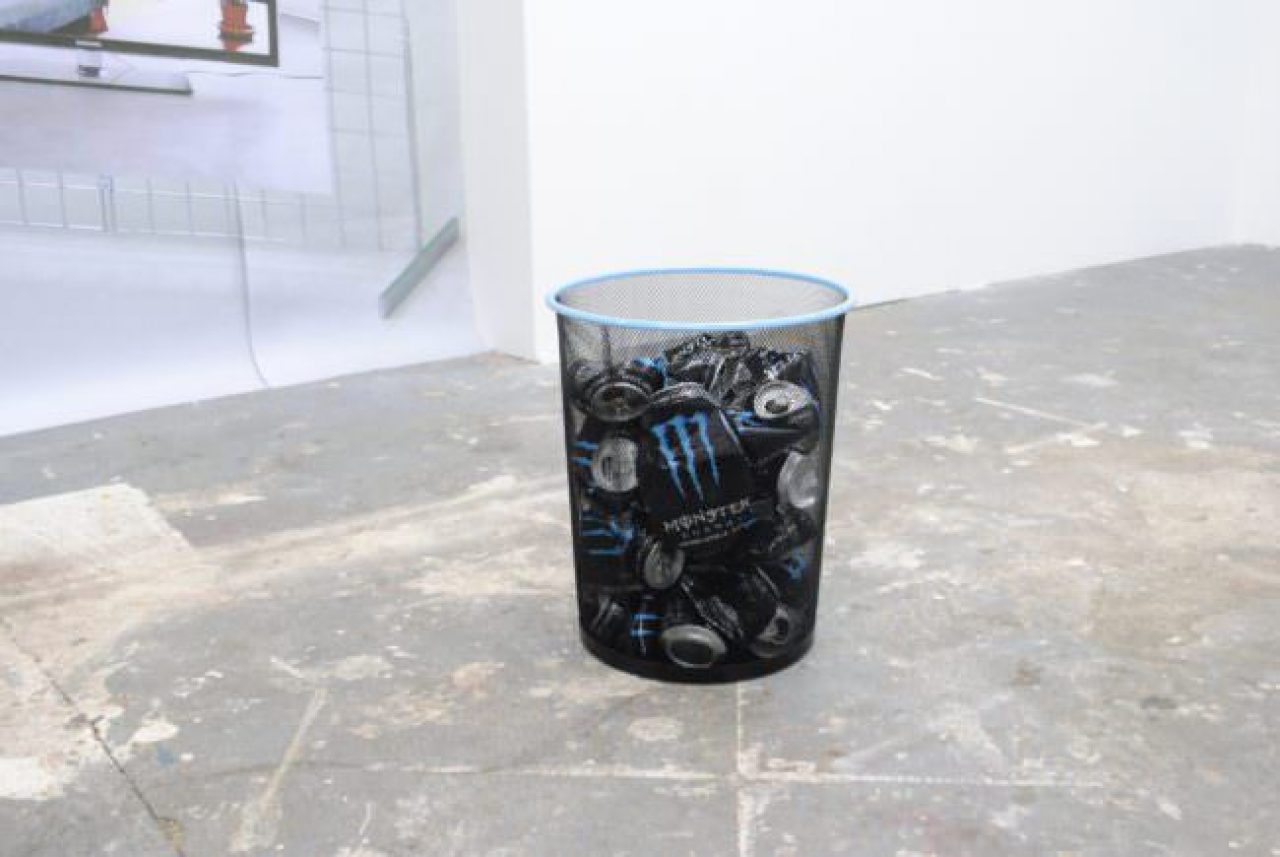 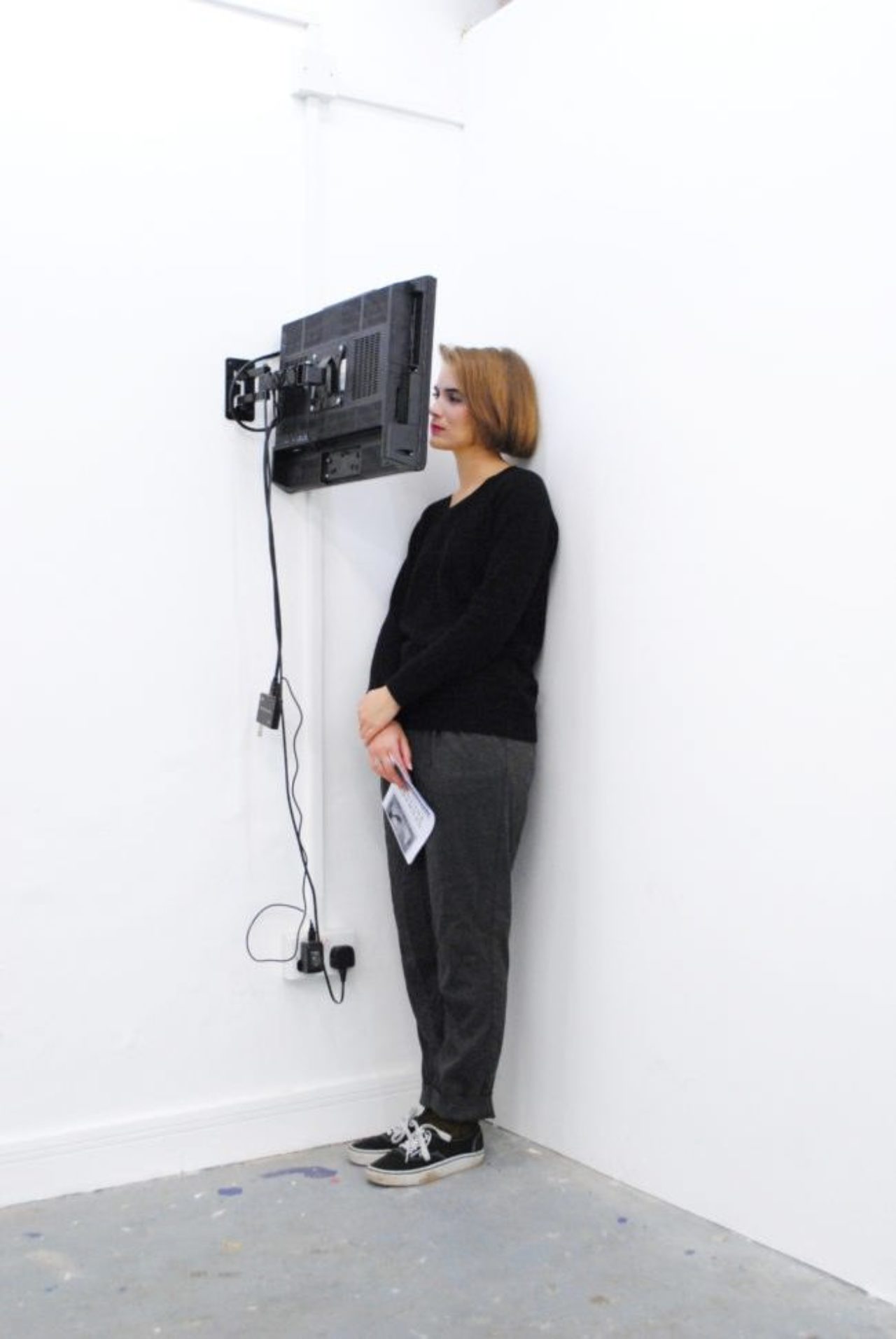 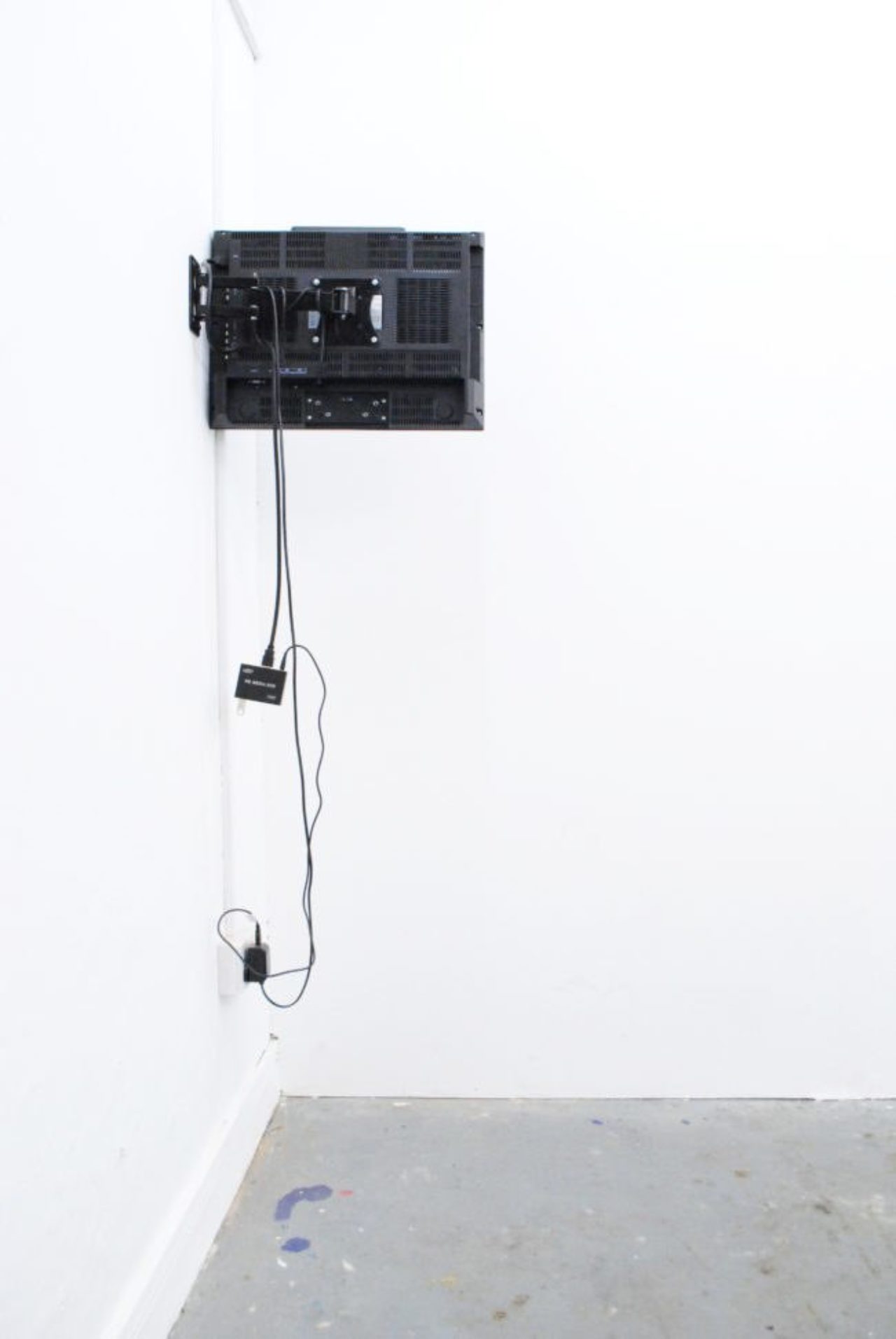 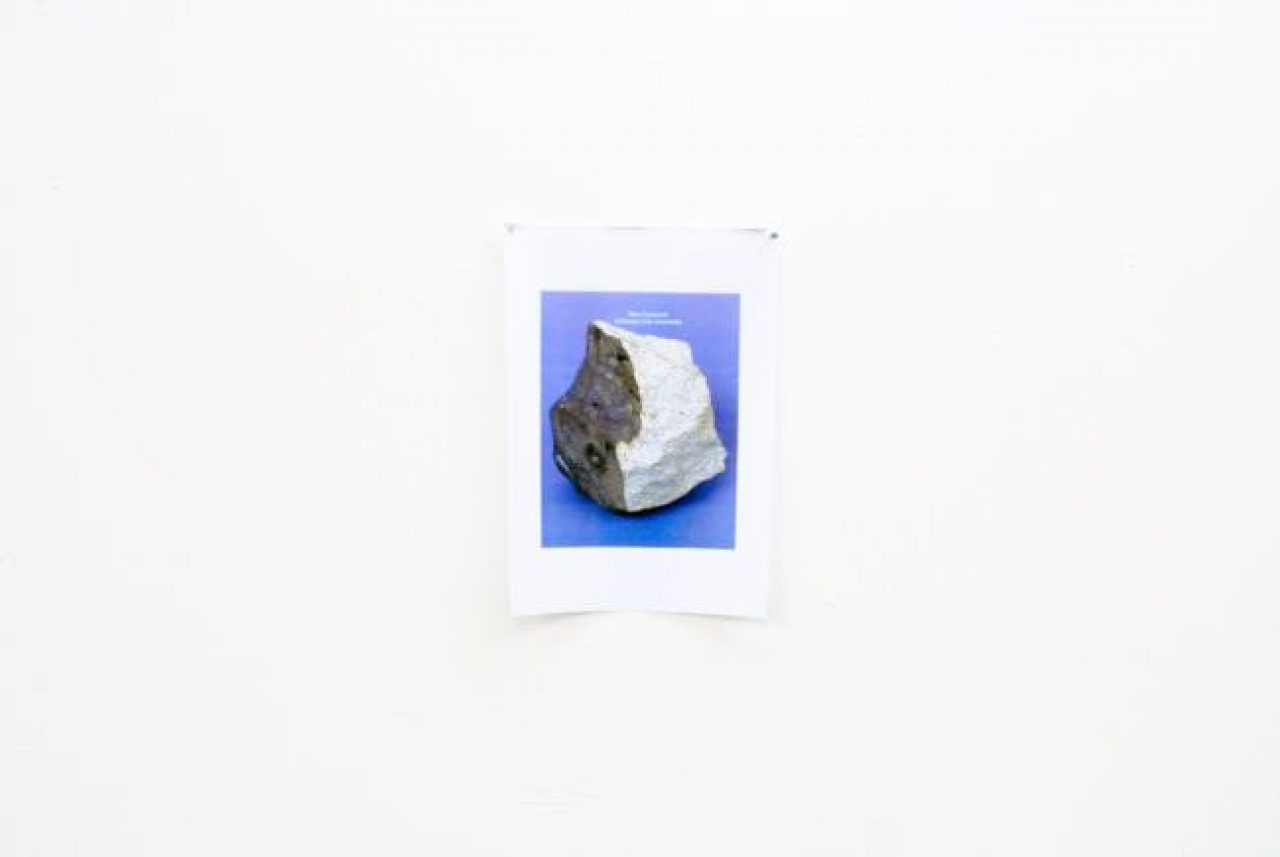 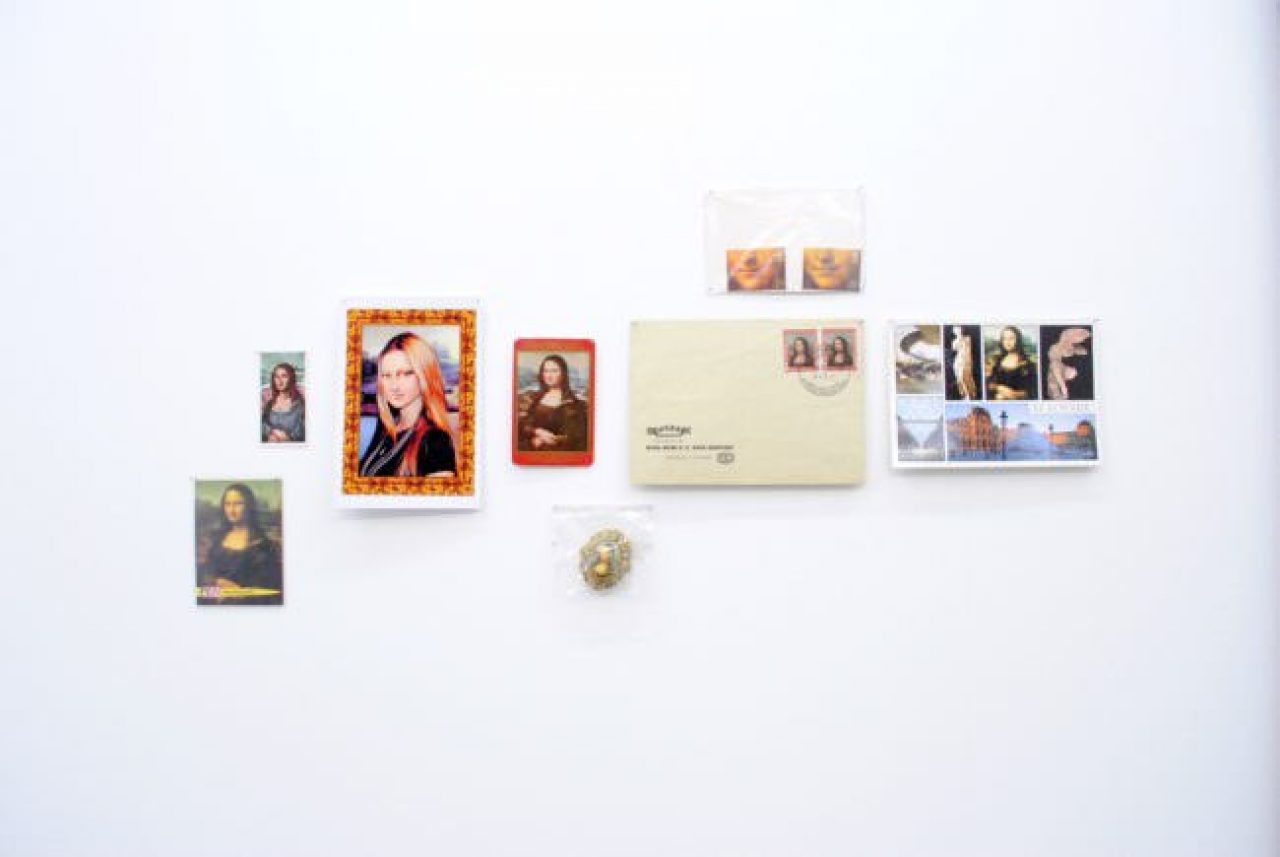 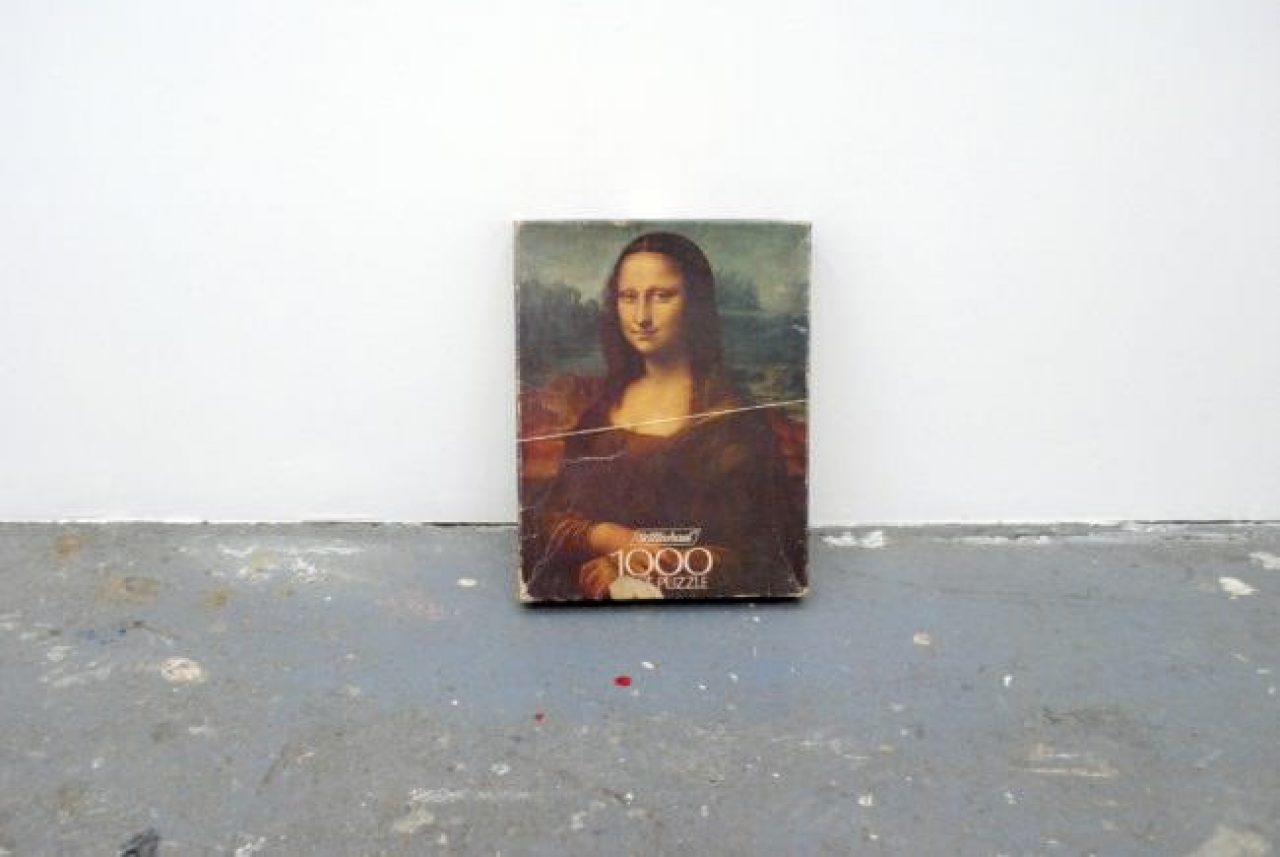 GENUINE ARTICLES brings together works whose origins and/or authors are questionable and difficult to place, and at times of no importance. To reflect this lack of distinction the works will be shown simultaneously across two sites: the gallery space at Jupiter Woods, and a website that will be built specifically for this exhibition. What is more genuine; the video in the gallery one a screen connected to a media player, or the same video streamed directly from the artist’s website? Who is the author of a sculpture that is produced from an unaccredited photograph that was previously appropriated by another artist? What does it mean to show a reproduction of a photograph of an artwork?

Last year I saw Leonardo da Vinci’s Mona Lisa for the first time. I was guided to it by a number of directive signs around the Musée du Louvre; it is one of only a few objects that are individually signposted in the museum. My first glimpse of it was on the screen of another visitor’s digital camera as I pushed my way through to the front of the crowd that was gathered in front of it. At last I saw it: on its own wall, behind a barrier as well as two sheets of bulletproof glass and flanked by security guards, it was smaller than I had imagined. I took a selfie, obliged when a couple of other visitors asked me to take a picture of them in front of it, and then I left the room. I had of course seen countless reproductions and versions of the painting in books, magazines, in movies and online, but never before had I seen the original.

My memory of the visit is vivid but consists mainly of the peripherals: the security, the crowds, the struggle, the flashing cameras; I can’t remember actually looking at the painting itself. Perhaps because of the camera flashes bouncing off the security glass or perhaps because I had seen the image of the Mona Lisa so many times before that my brain filled it in for me and I was unable to purely experience the original painting. My selfie the only proof that the Musée du Louvre hadn’t displayed one of myriad versions that day: fat, naked, moustachioed, with eyebrows, taking a selfie, as Jackie Kennedy, as a cat, burnt onto toast, made of toppings on a pizza, supporting Barack Obama’s presidential campaign, supporting George Bush’s presidential campaign, in the style of The Simpsons, Marcel Duchamp’s L.H.O.O.Q., or even no painting at all.