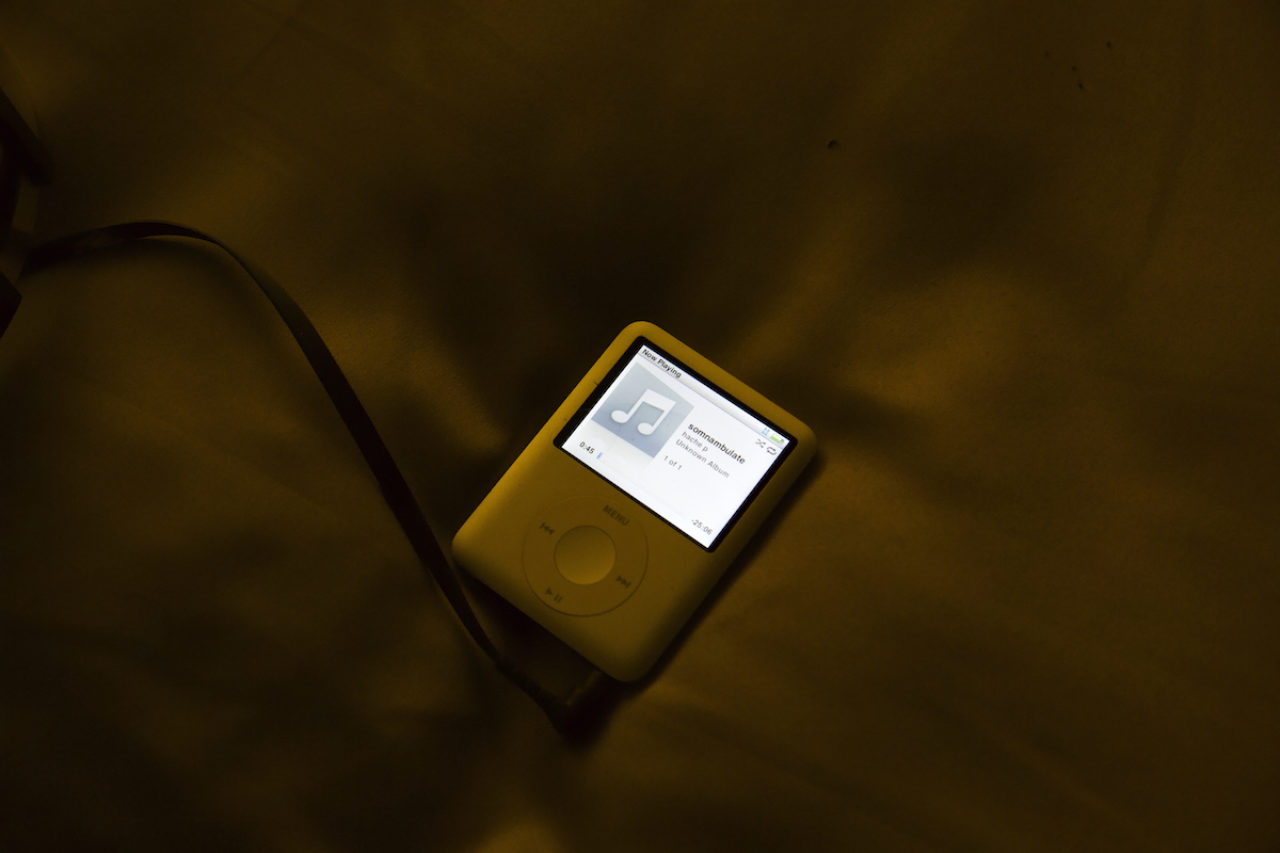 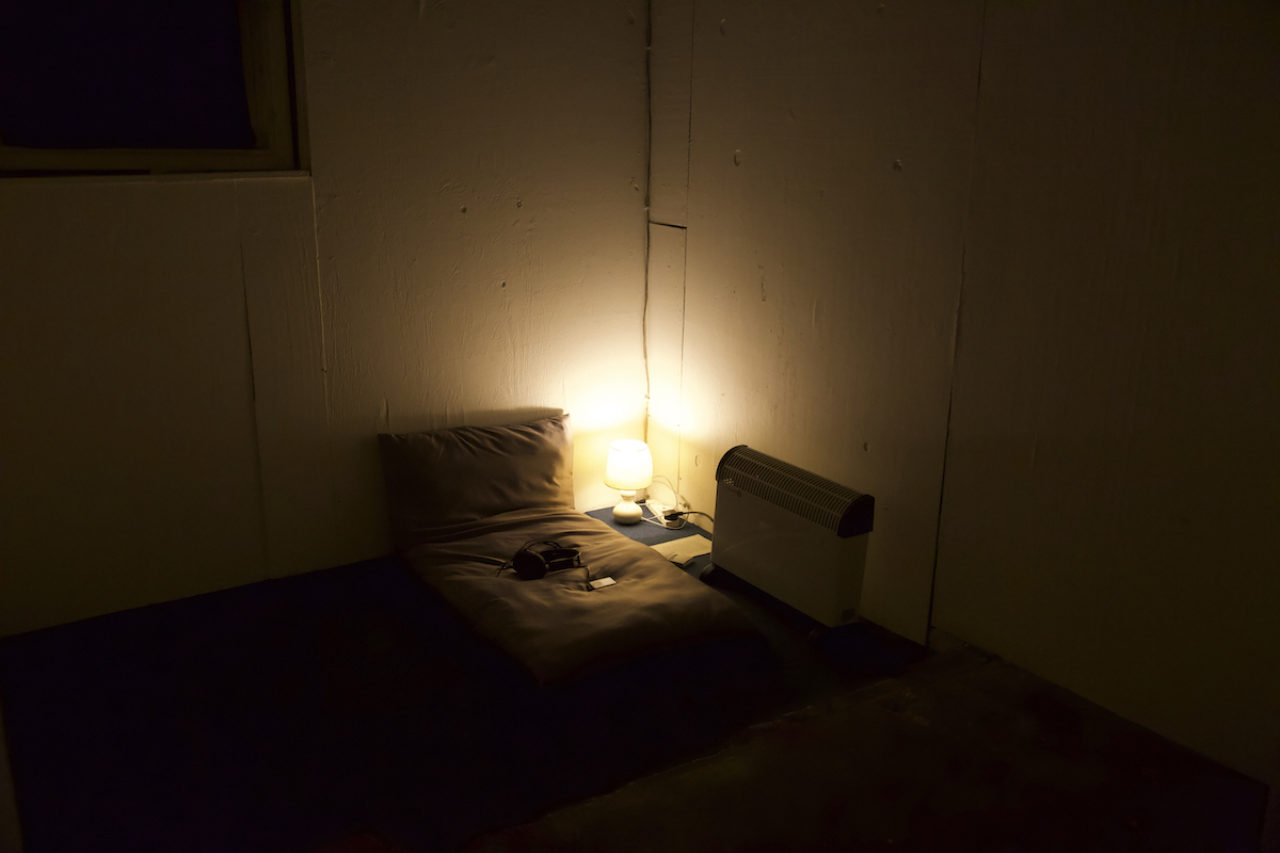 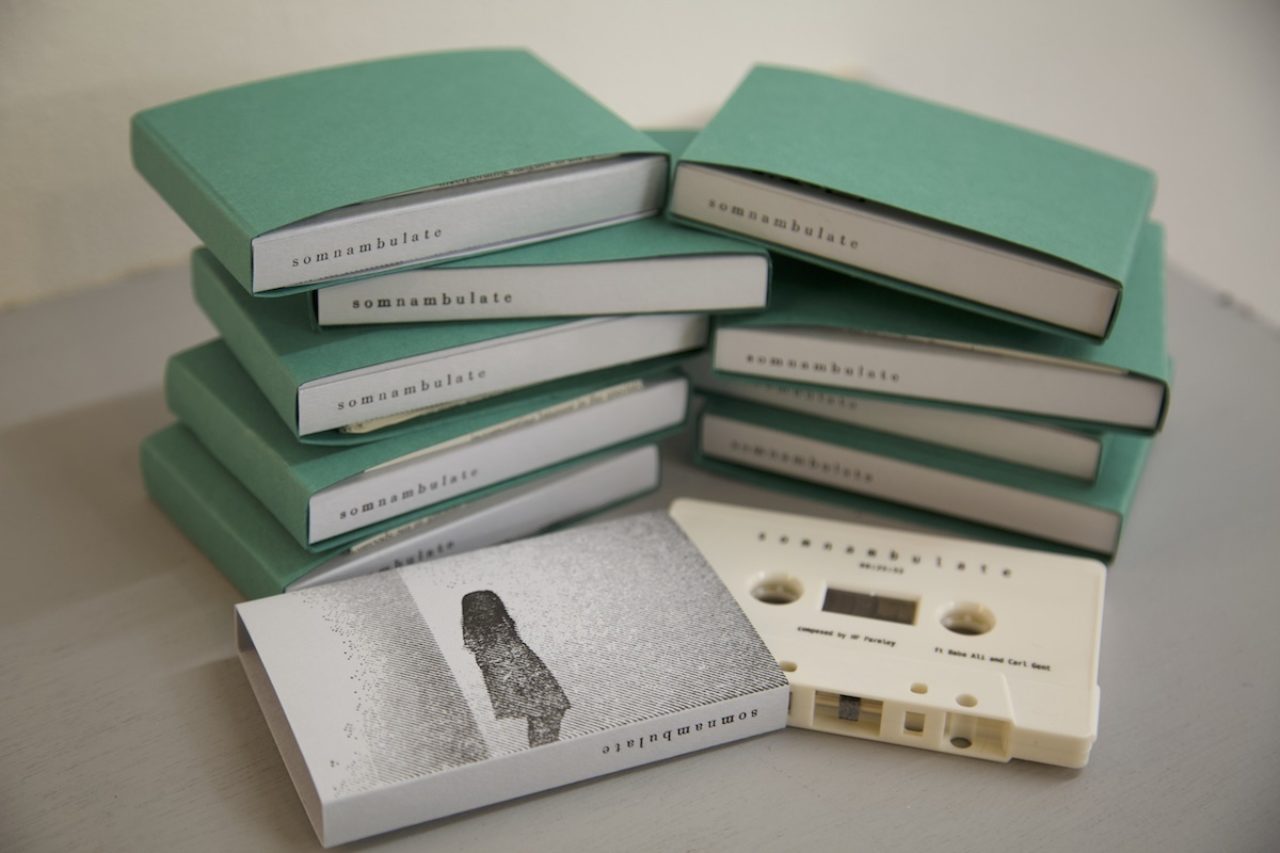 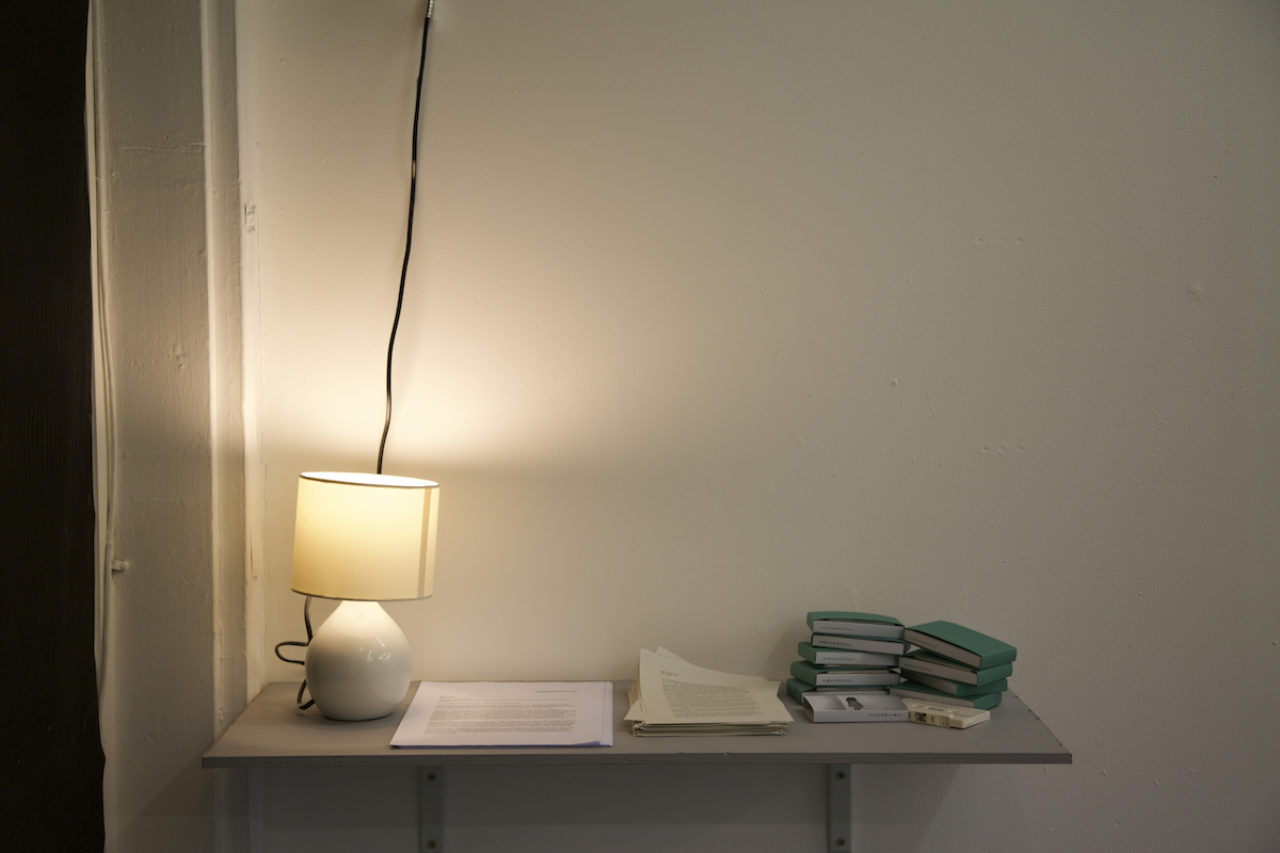 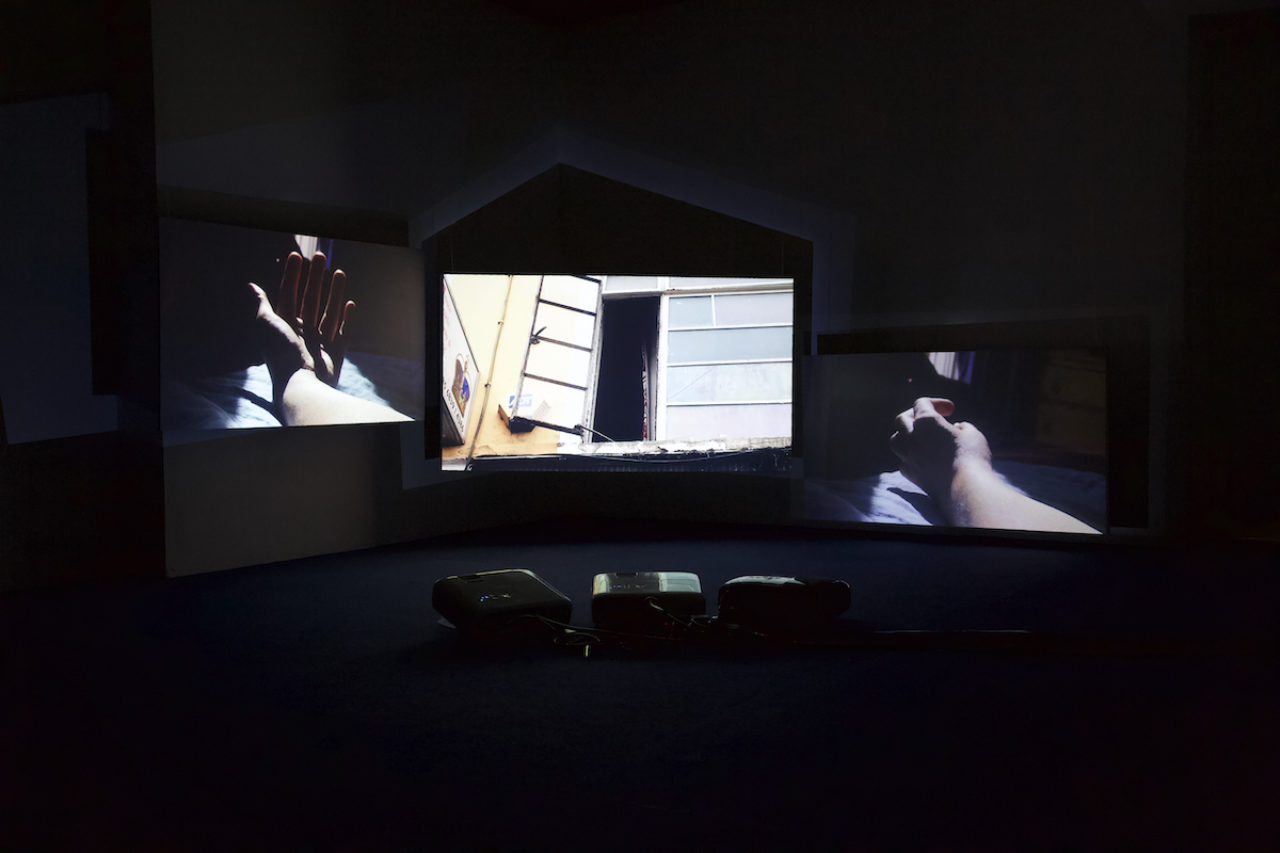 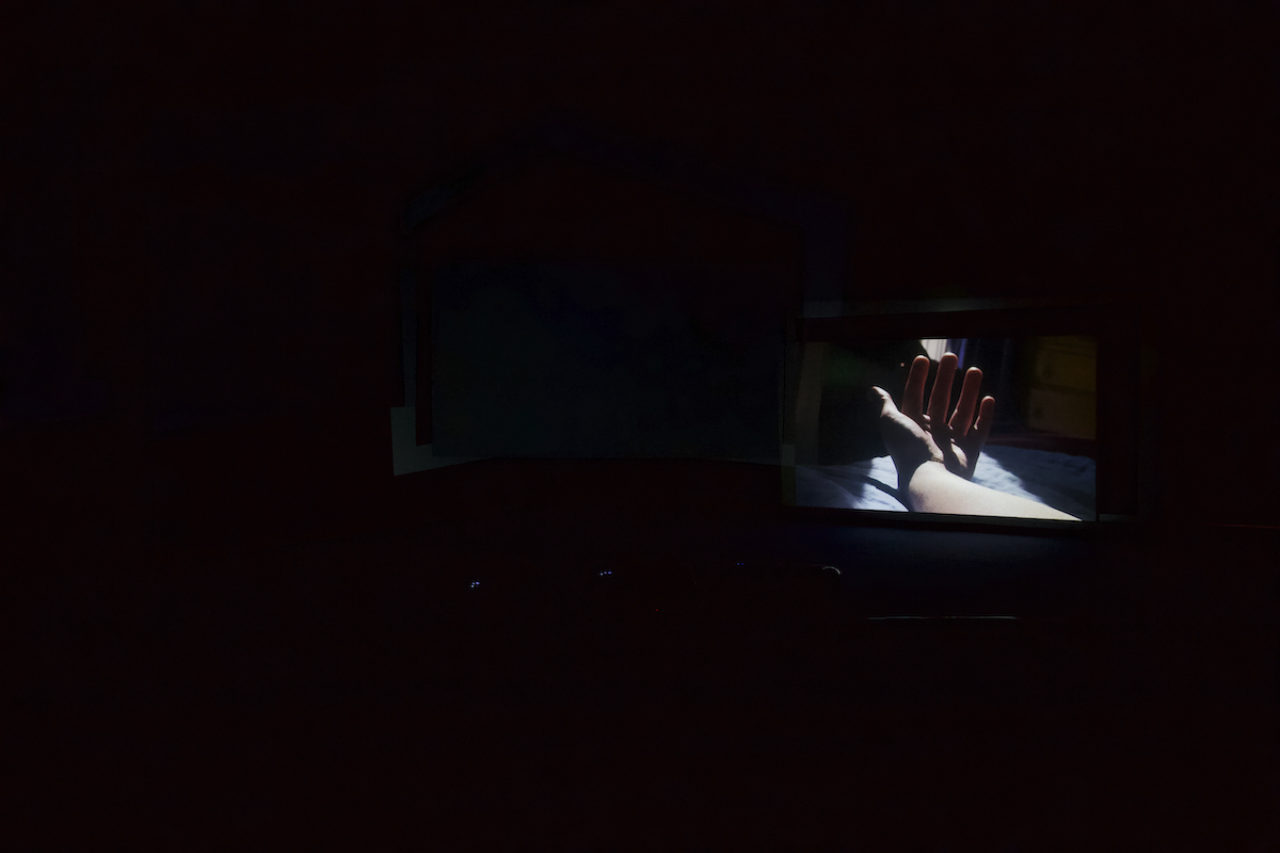 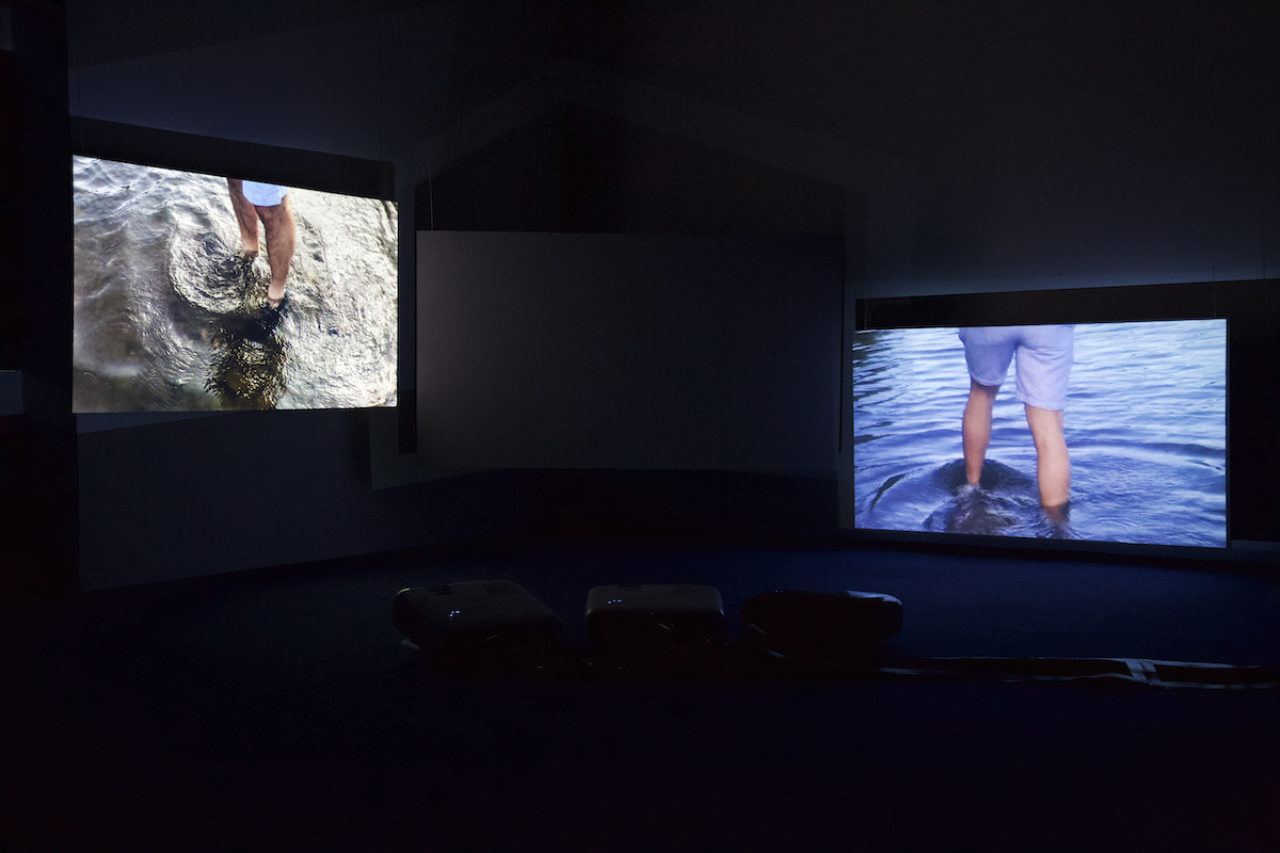 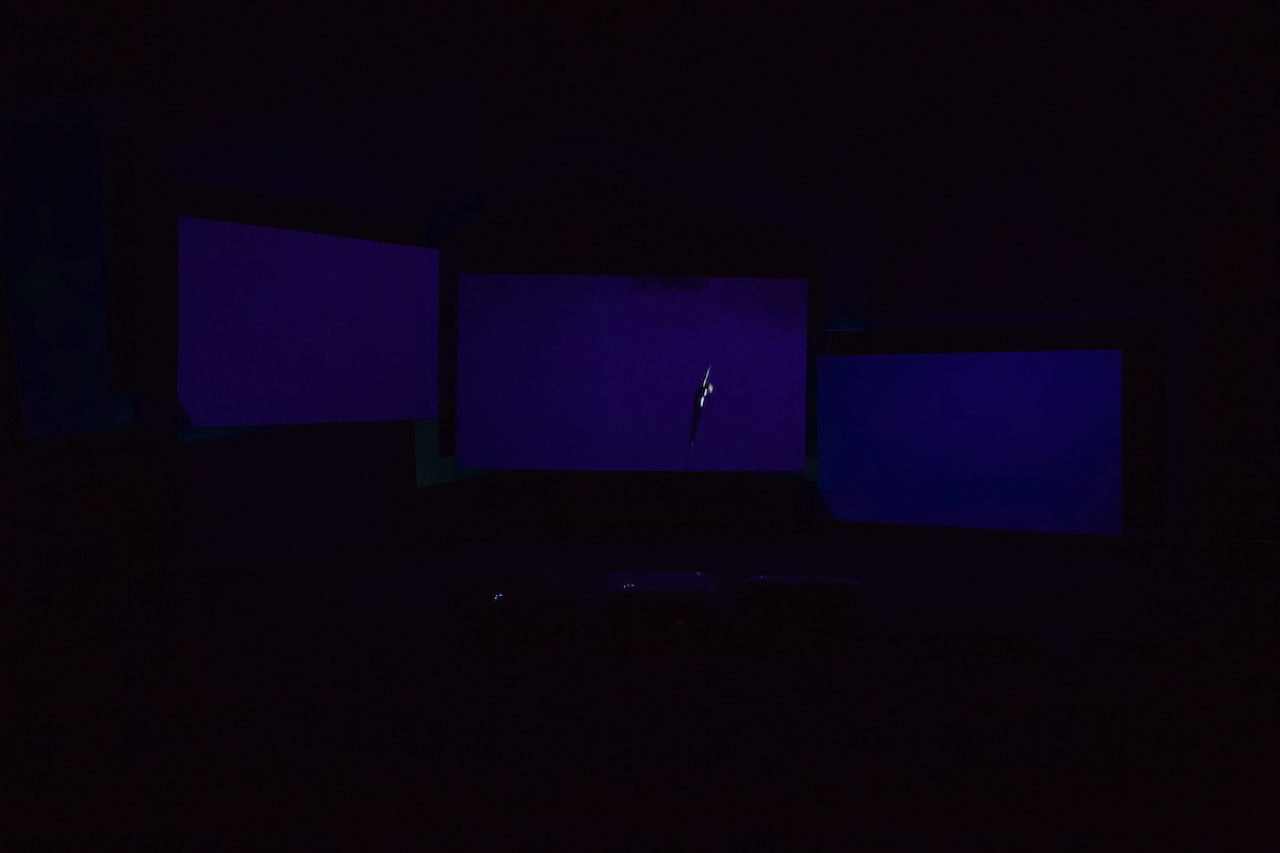 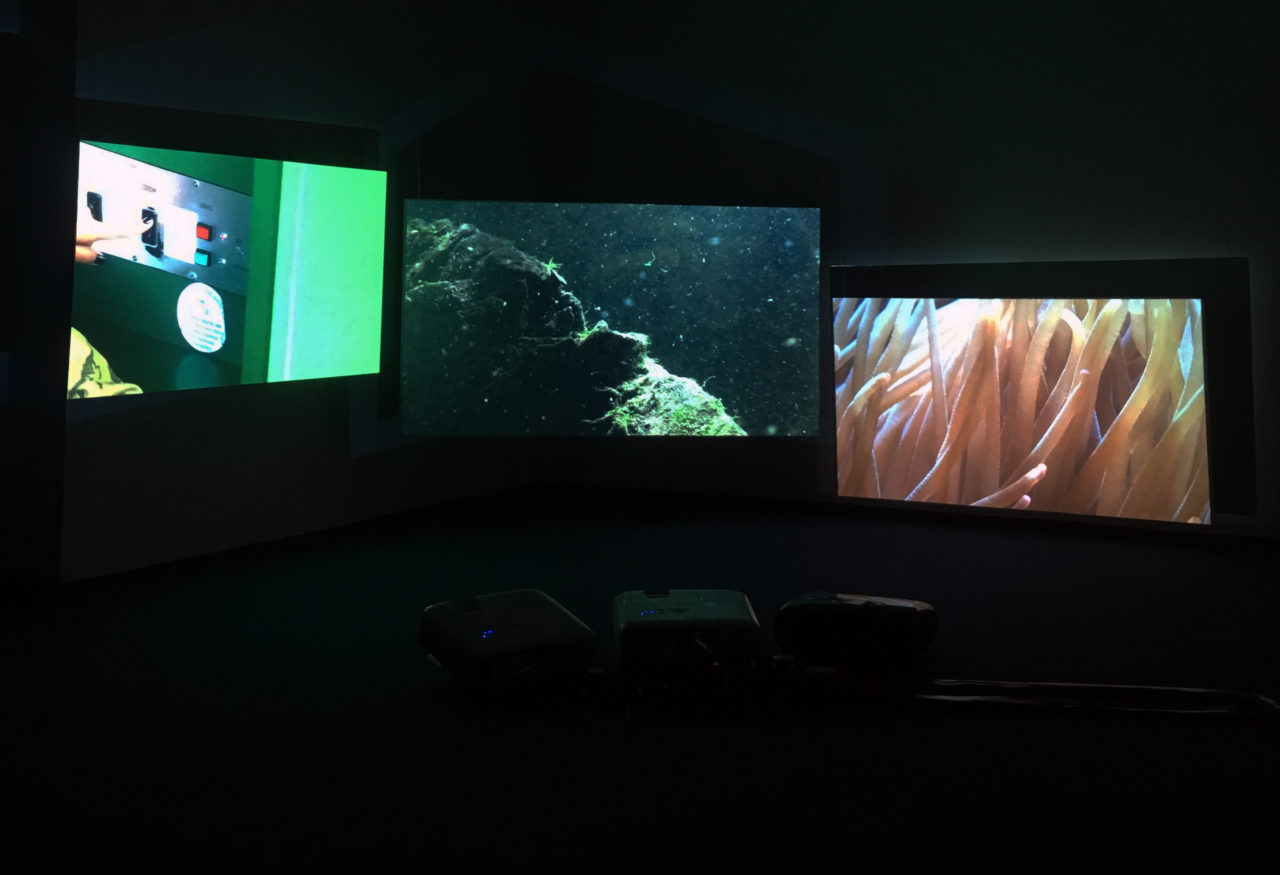 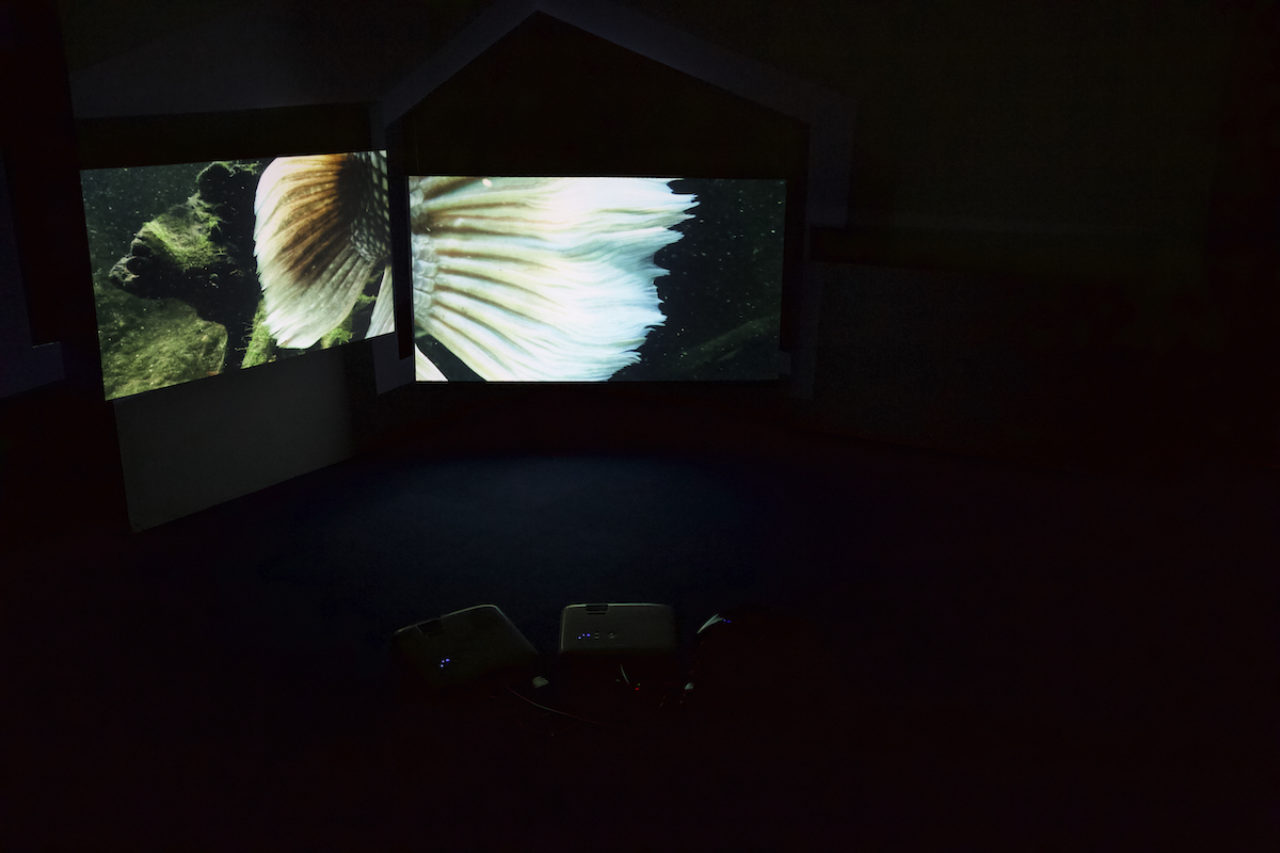 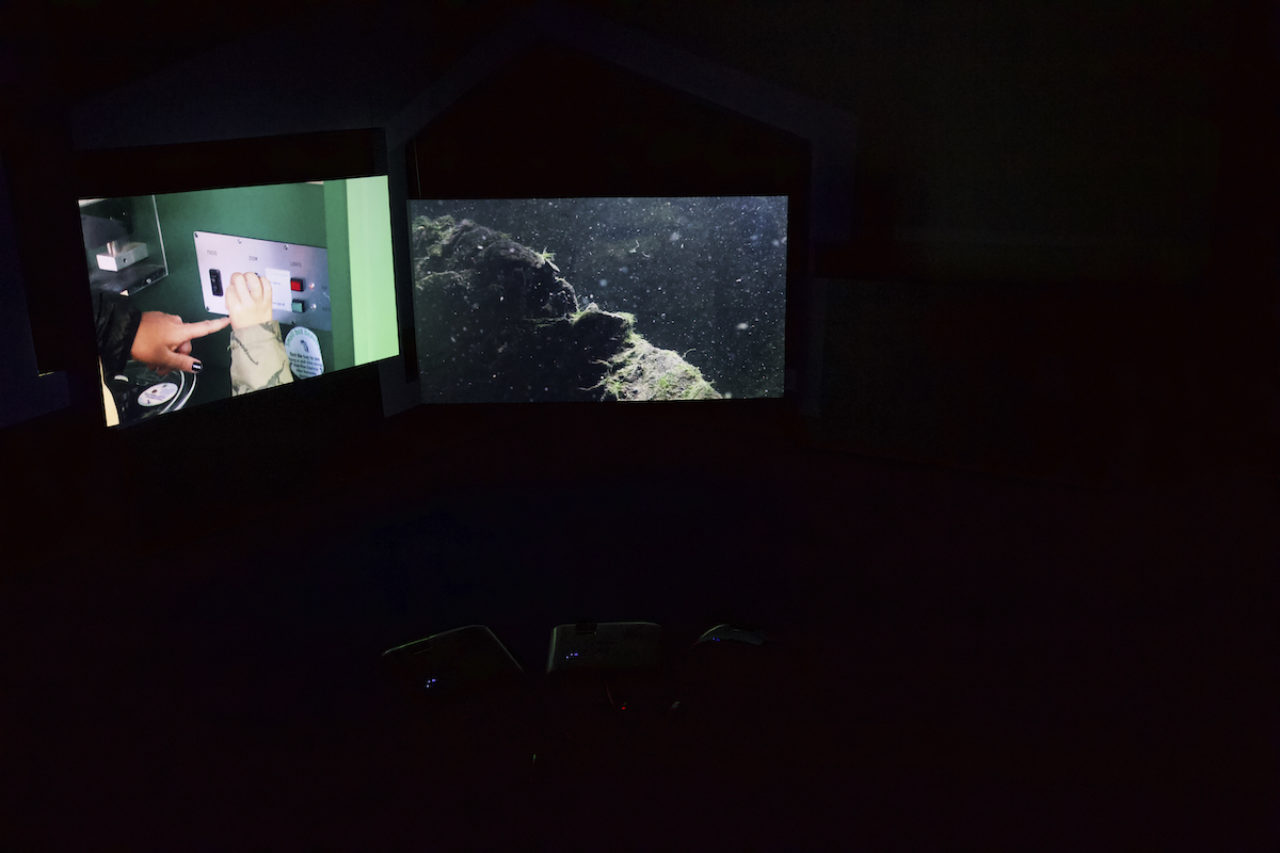 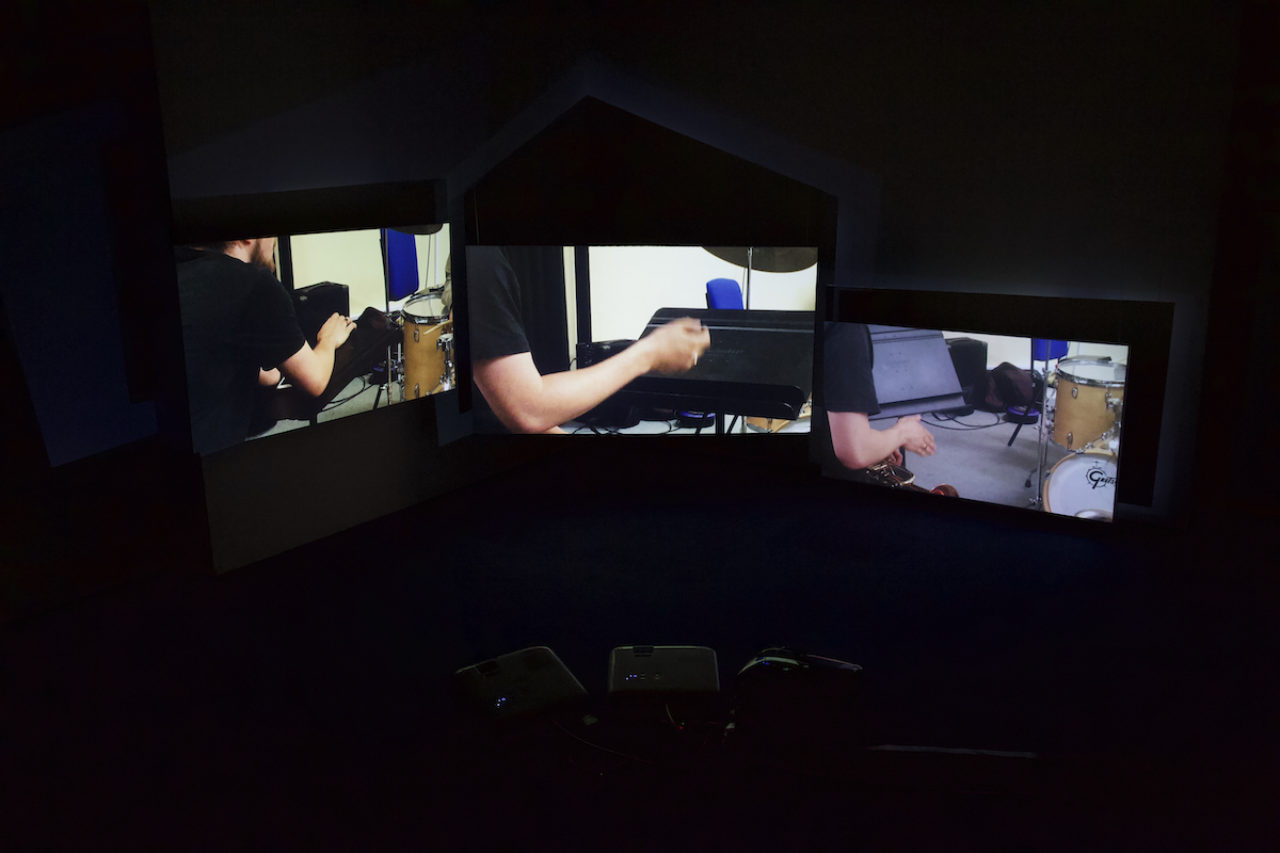 Opening night and performance: Fri 29 Nov, 6-9pm (the performance will start at 8pm and DJ sets will run from 9-11pm).

Open Fridays and Saturdays 12-6pm and by appointment.

Jupiter Woods presents Interlude, a solo exhibition by artist Holly Márie Parnell, featuring a multi channel film installation and sound piece, and a performance on the opening night. Unravelling as a mobius strip of interwoven and non-orientable surfaces, the project explores the relationship between movement and stasis, and what it means to move forward.

Interested in the intuitive, immediate and intimate potentials of filmmaking, ‘Lessons in Levitation’ collages fragments of phone footage from HP’s archive, and a soundtrack built from samples of the filmed recordings. As if orchestrated by the ghostly presence of a conductor, the installation follows a type of dream logic where rhythm moves under hypnosis and sonic vibrations replace coherent language or narrative. Zooming in on subtle acts of self expression, soft traces of (dis)enchantment, banal details of the everyday and micro frequencies of resistance and hope, HP’s kaleidoscopic composition floats through an entanglement of selves; bodies held in weight(lessness). Limbo states of dreaming, trance, waiting, longing and exhaustion collapse into each other and repetitive feedback loops in orbit become a tool for deconditioning.

‘Somnambulate’ [to sleepwalk] is a self-described lullaby tape that drifts in the complex space of fatigue and its relationship to (dis)orientation. Using the premise of ‘music for sleeping,’ the 25 minute sound piece induces a hypnotic mindset, merging feelings of happiness and melancholia that journey through a series of hallucinatory soundscapes. Soft melodies move between beds of damp and bare backdrops and lyrical fragments hover without reference, like somniloquies.

The opening night will feature a performance from her ‘Desktop Composition’ series, where HP will conduct a live composition through sound, projected video and contributions from Baba Ali, Carl Gent, And is Phi and Belinda Zhawi. Fragments of layered visuals and looping rhythms create a type of choir through abstract ideas of harmony. This will be followed by DJ sets from Baba Ali and Ulijona.

‘Somnambulate’ (ft Baba Ali and Carl Gent) will be available to buy in the form of a cassette tape through Jupiter Woods and online at www.jupiterwoods.com. The cassette also comes with an accompanying exhibition catalogue text by artist Heather Phillipson and a QR code which links to a private music video.

Holly Márie Parnell (b.1988, Ireland) is a London-based artist who works with video, sound and live performance. Leaning into the space of poetics and humour found in the everyday, she collects fragments of daily life, building new narratives through rhythm, arrangement and composition. Finding meaning that emerges from an unfolding or unravelling, she is interested in a dream logic where the sensory and the sublingual become sites of potential for new forms of communication. She completed a BFA at Vancouver’s University of British Columbia in 2011 before an MFA in Fine Art Media at London’s Slade School of Fine Art in 2013. She has since exhibited across the UK and has completed residences in Istanbul, Slovenia, Switzerland, Arizona and online. She is a contributing editor for AQNB and will be a resident at RUPERT, Lithuania in 2020.

The exhibition is kindly supported by the Exhibitions Hub in the Department of Art, Goldsmiths College and Mimosa House.

For more information or to book an appointment please send us an email: info@jupiterwoods.com.