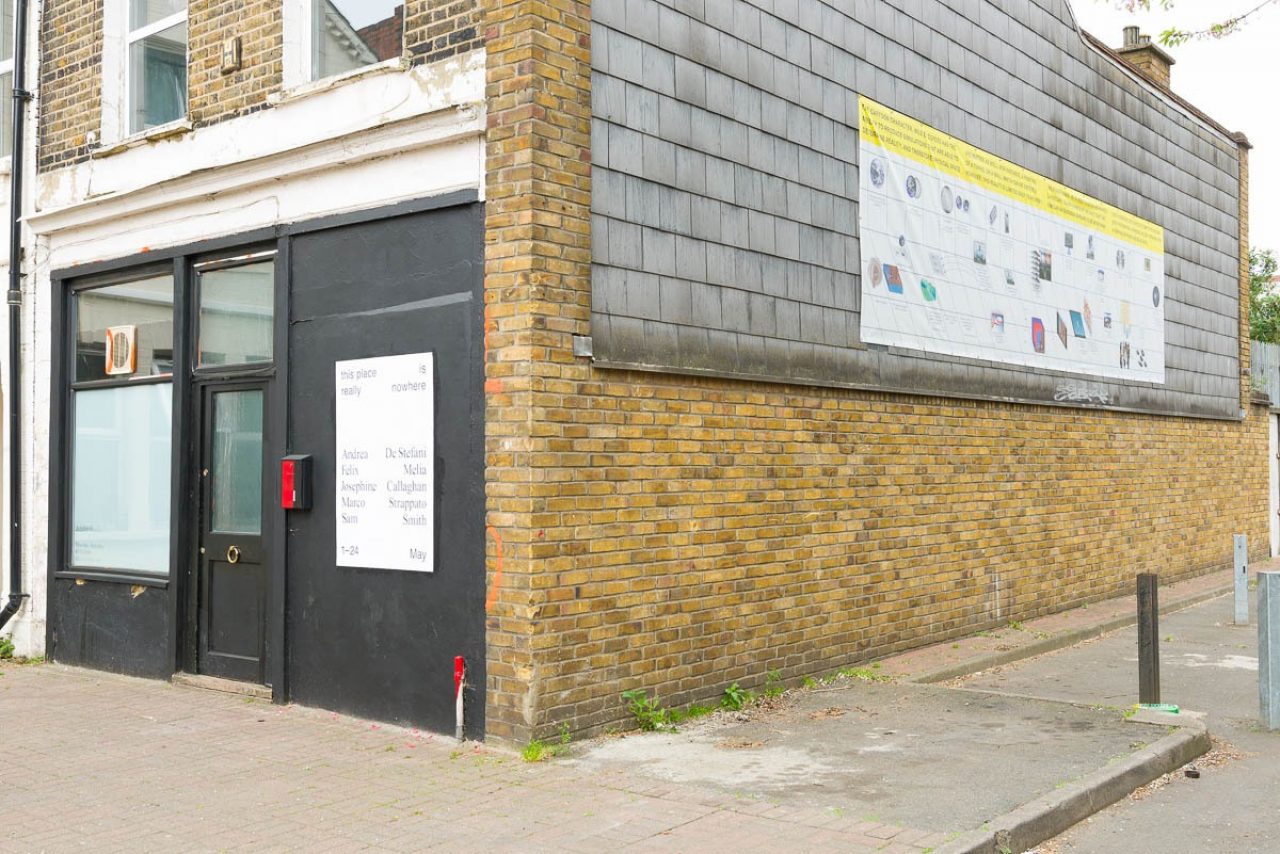 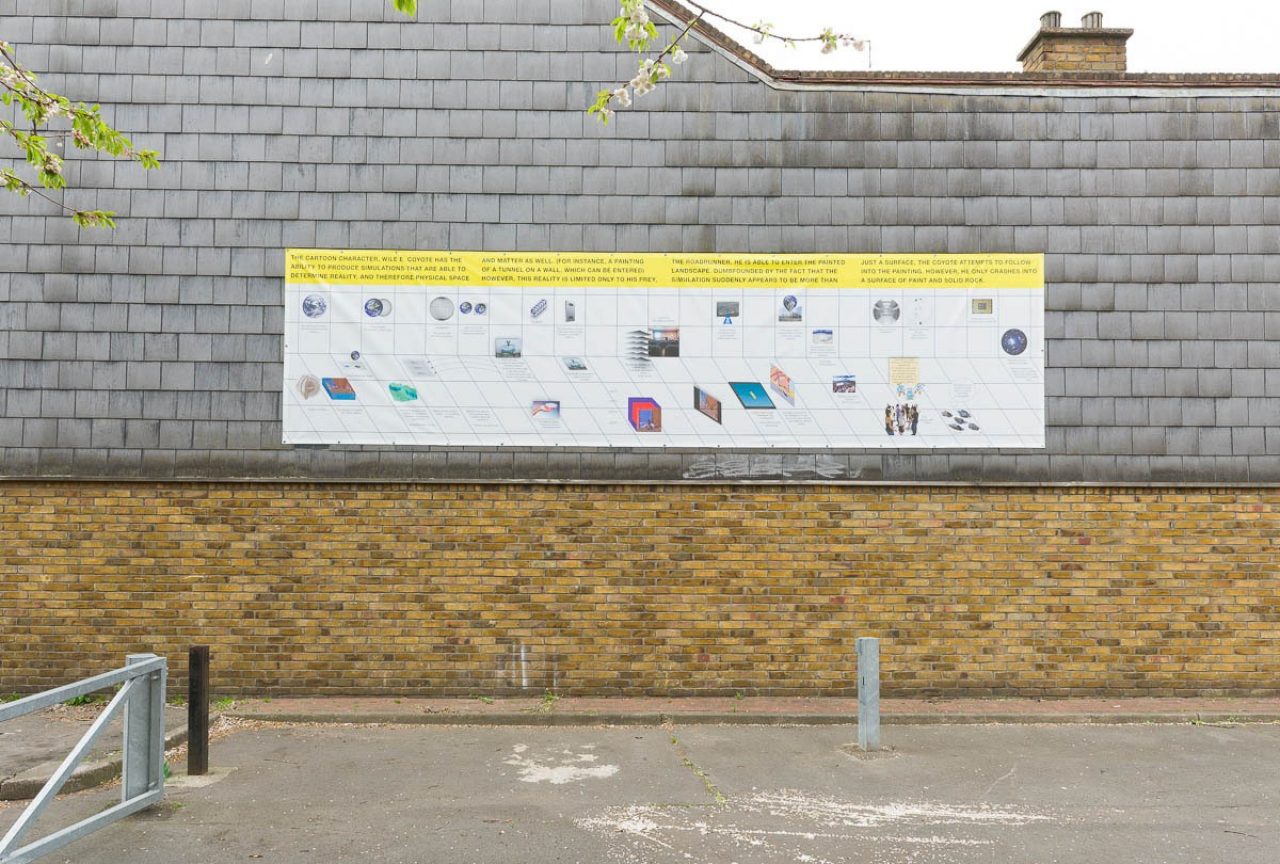 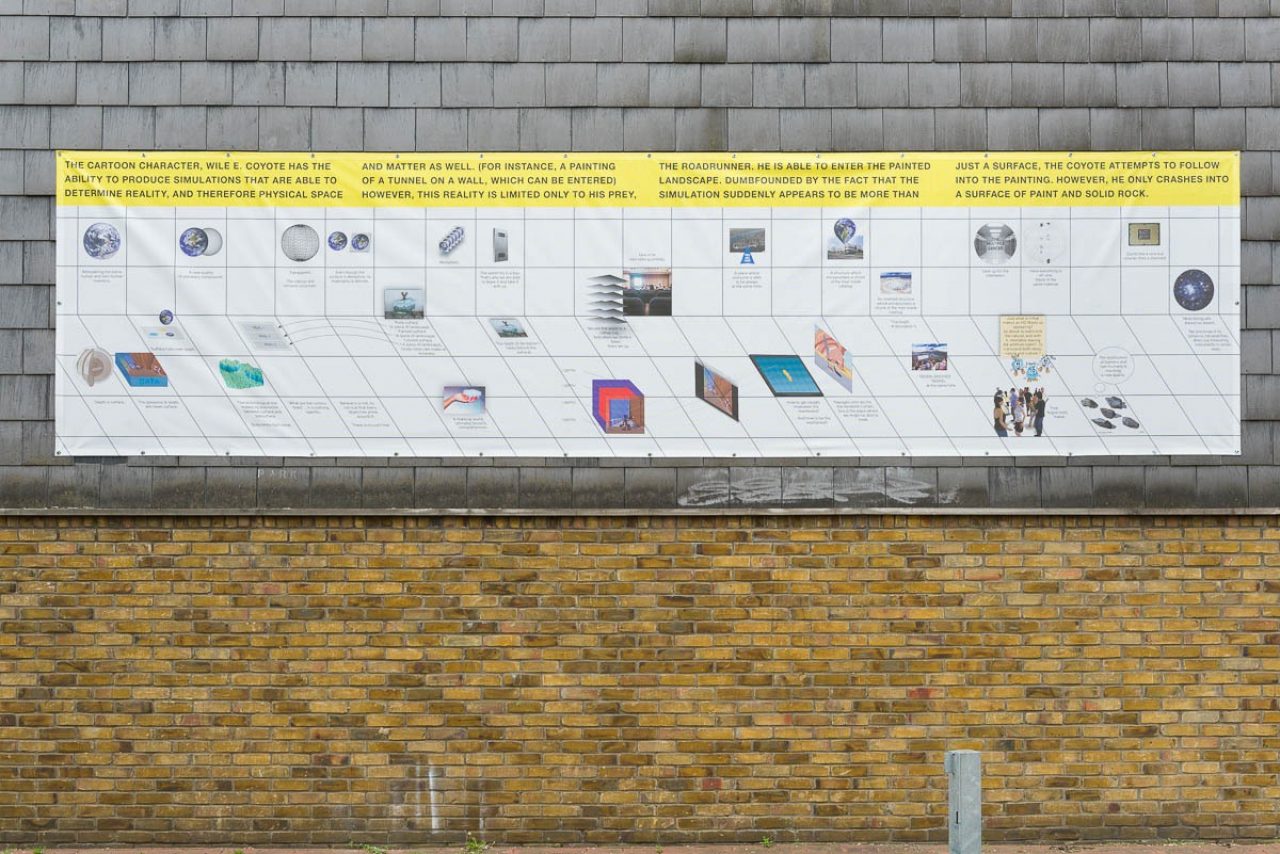 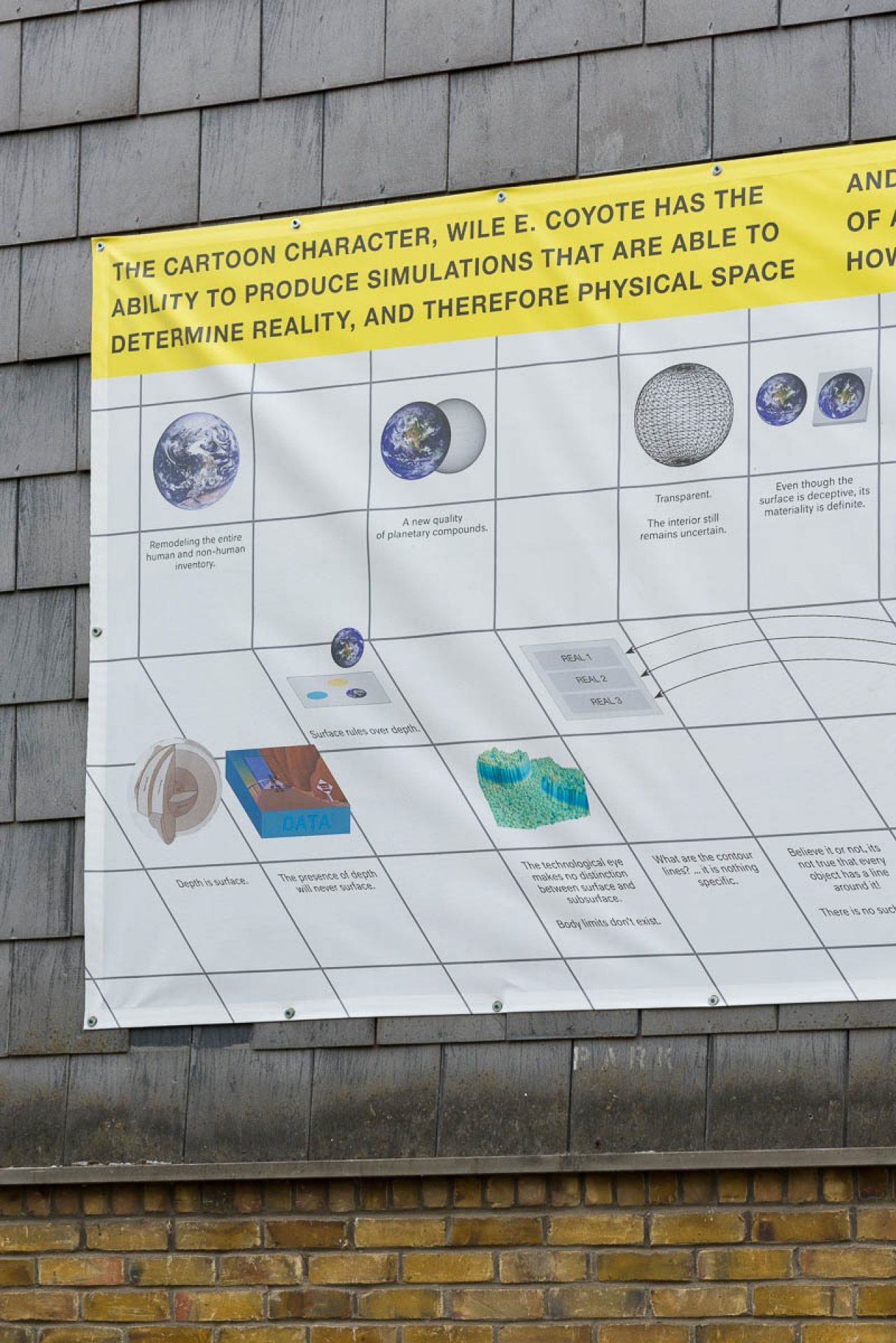 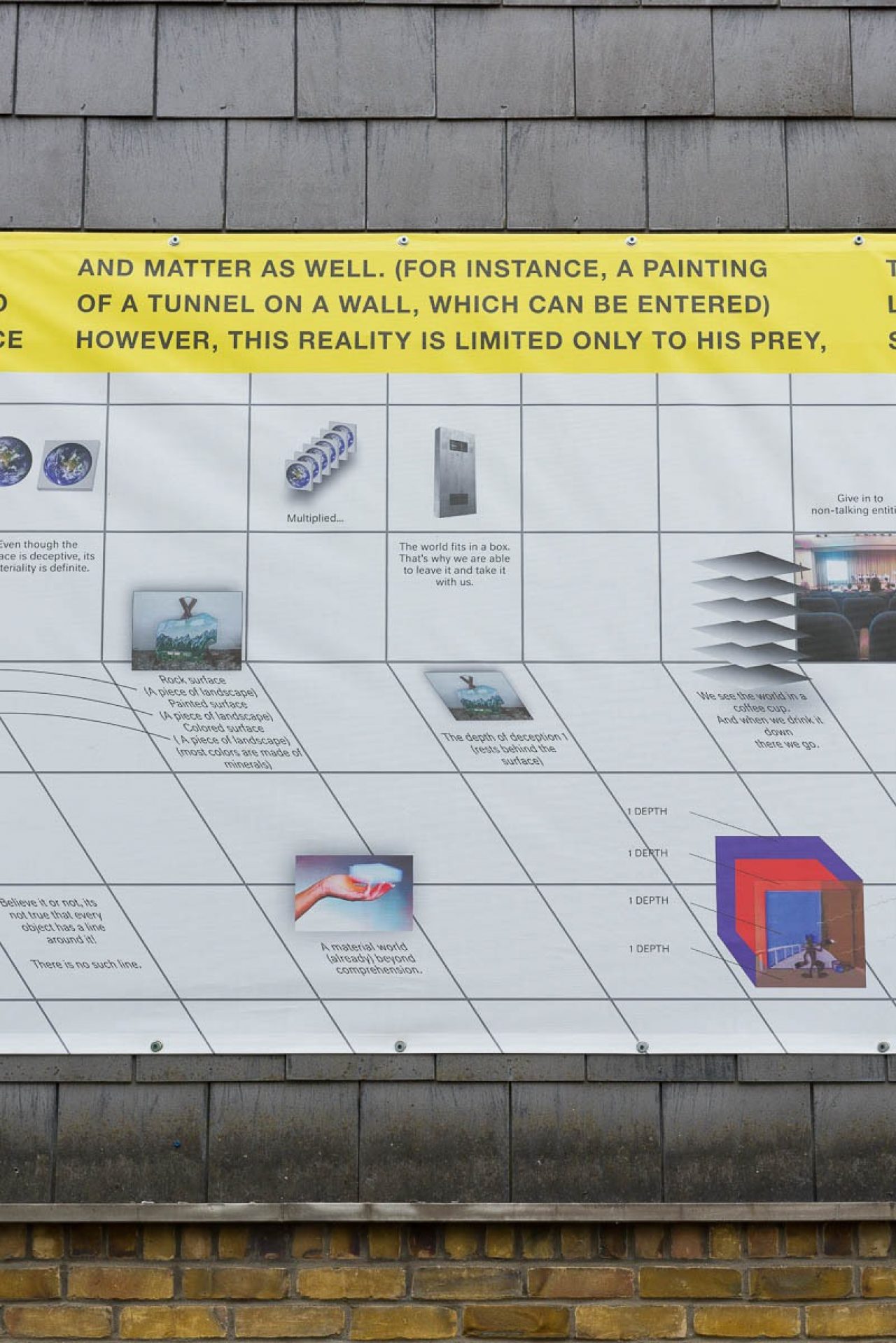 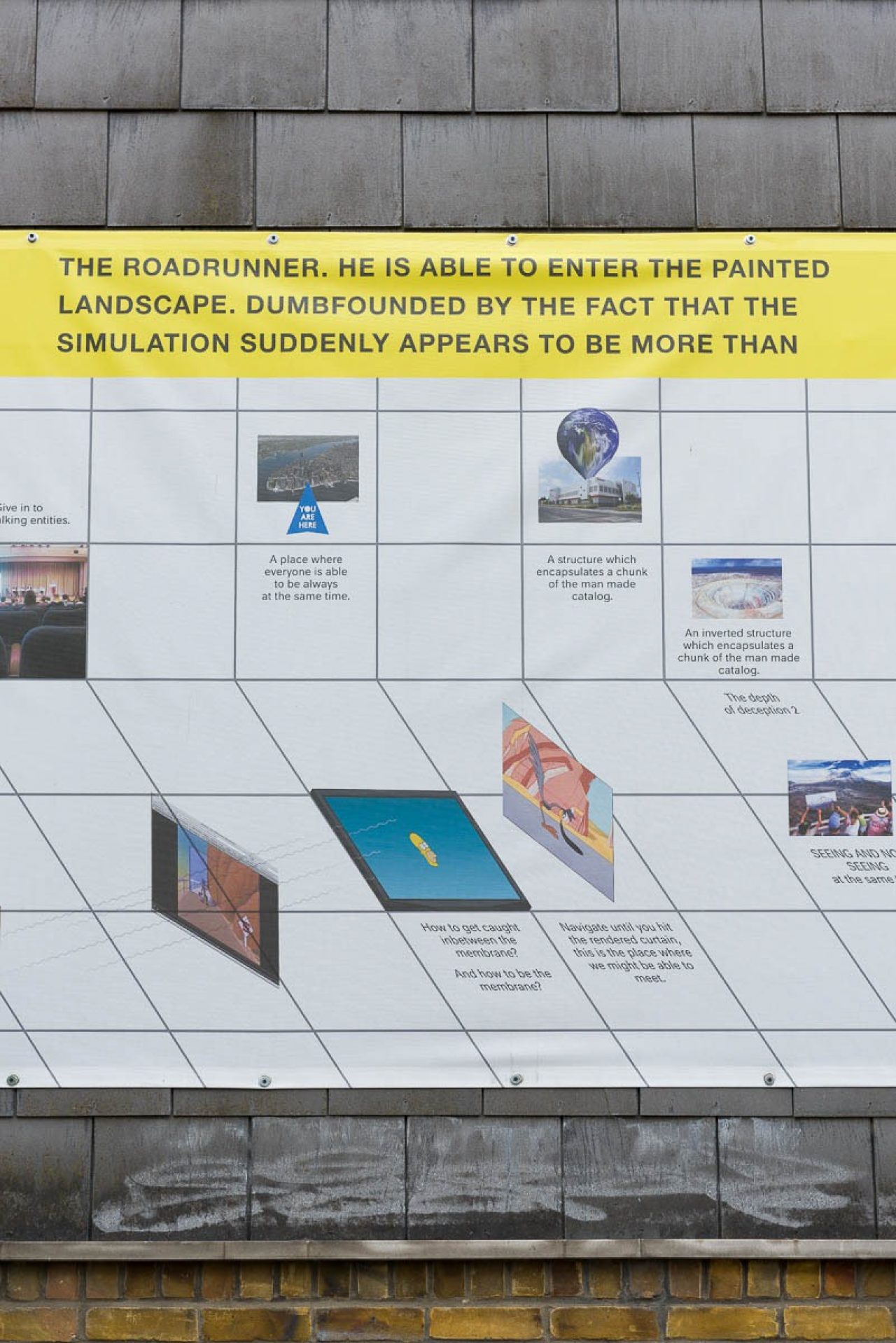 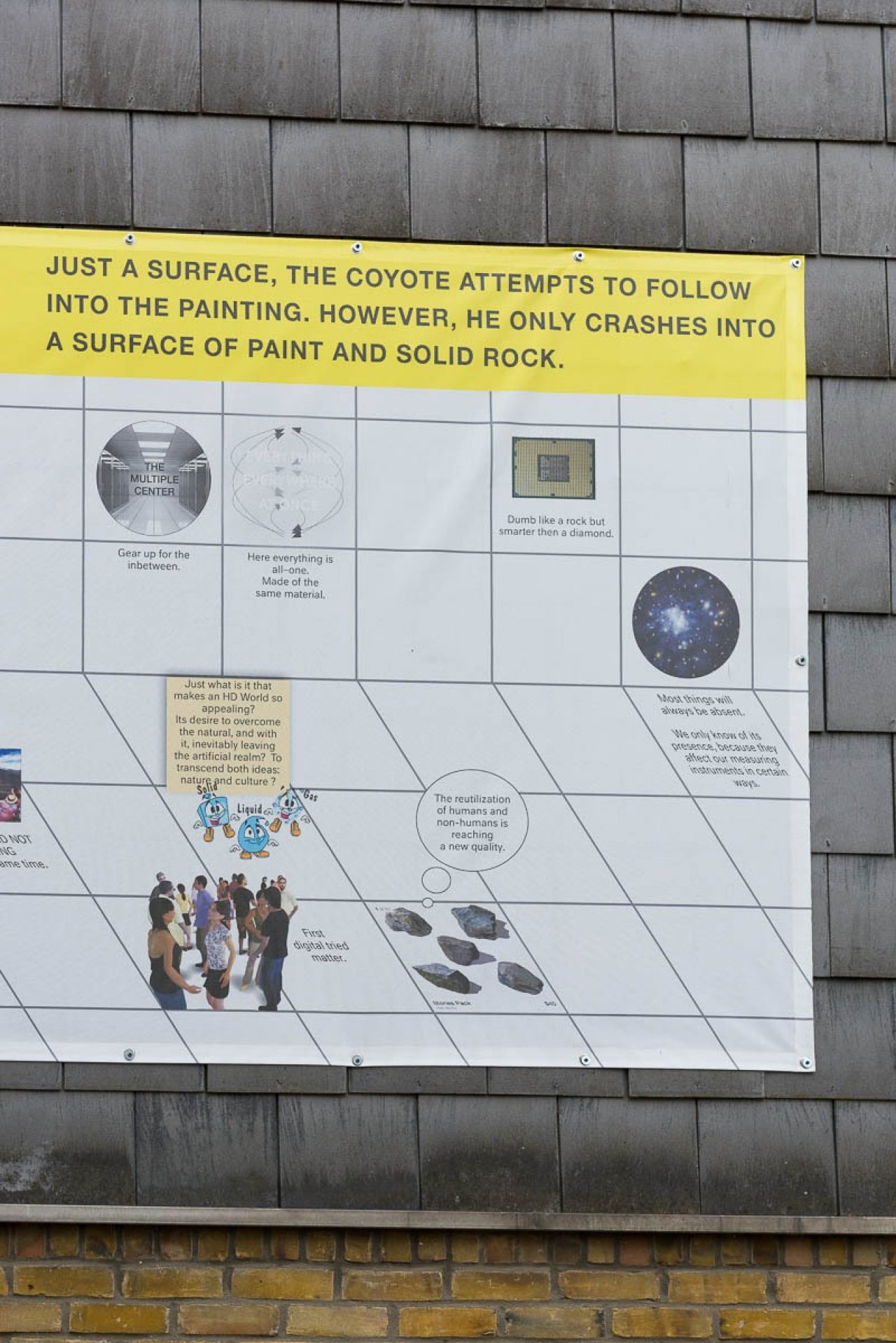 Jupiter Woods is proud to introduce our next resident, Max Stocklosa, who will present a permanent installation titled More World Material: Coyote. This exterior banner is one iteration of an ongoing research project previously exhibited in Basel (Switzerland) and Poznań (Poland), accompanied by a poster version published by AKV Berlin and STRATAGRIDS.

More World Material: Coyote is an attempt to encapsulate a sensorial understanding of the phenomenological world through a diagrammatic framework. More precisely, this presentation grapples with the in-between space: the gap between the physical and nonphysical world, between the human and nonhuman spheres, which can be potentially accessed by creating a "1 to 1 map of the world", an all encompassing simulation: a parallel universe.

This commission will be presented alongside DISTANCES, a group exhibition curated by Cory Scozzari.

Max Stocklosa, (1984) born and bred in East Berlin, studied at the Universität der Künste Berlin, UdK (Berlin University of the Arts), under the tutelage of Lothar Baumgarten and Michaela Meise. In 2006, he co-founded the publishing house AKV Berlin, together with Kevin Kemter, Anna Szaflarski and Vincent Grunwald. Stocklosa received his master's degree in 2012, after which he co-founded the research group STRATAGRIDS, a collaborative endeavor that develops a phenomenology of landscape, by investigating and filtering the dynamic flows of human and non-human agencies which join forces in order to create new assemblages beyond the confirmed order of things.