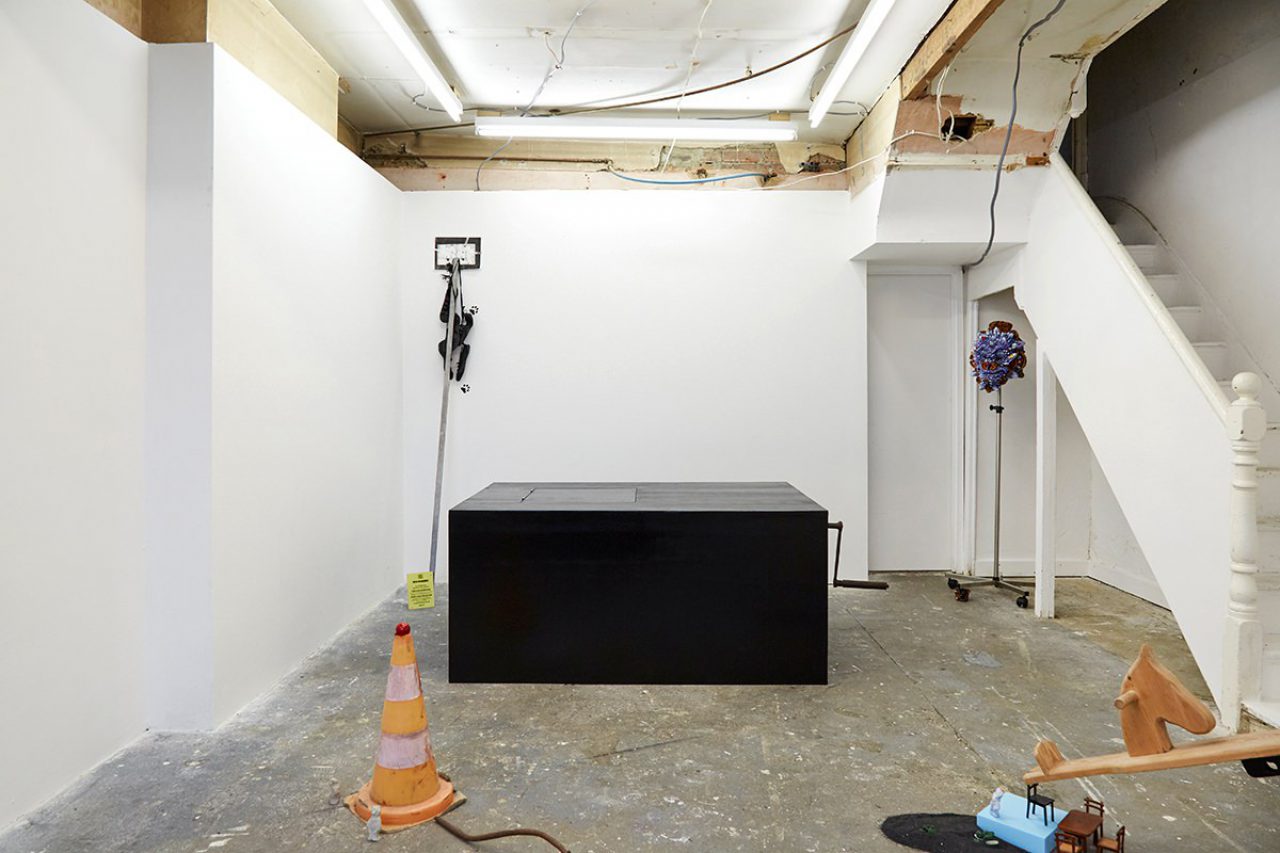 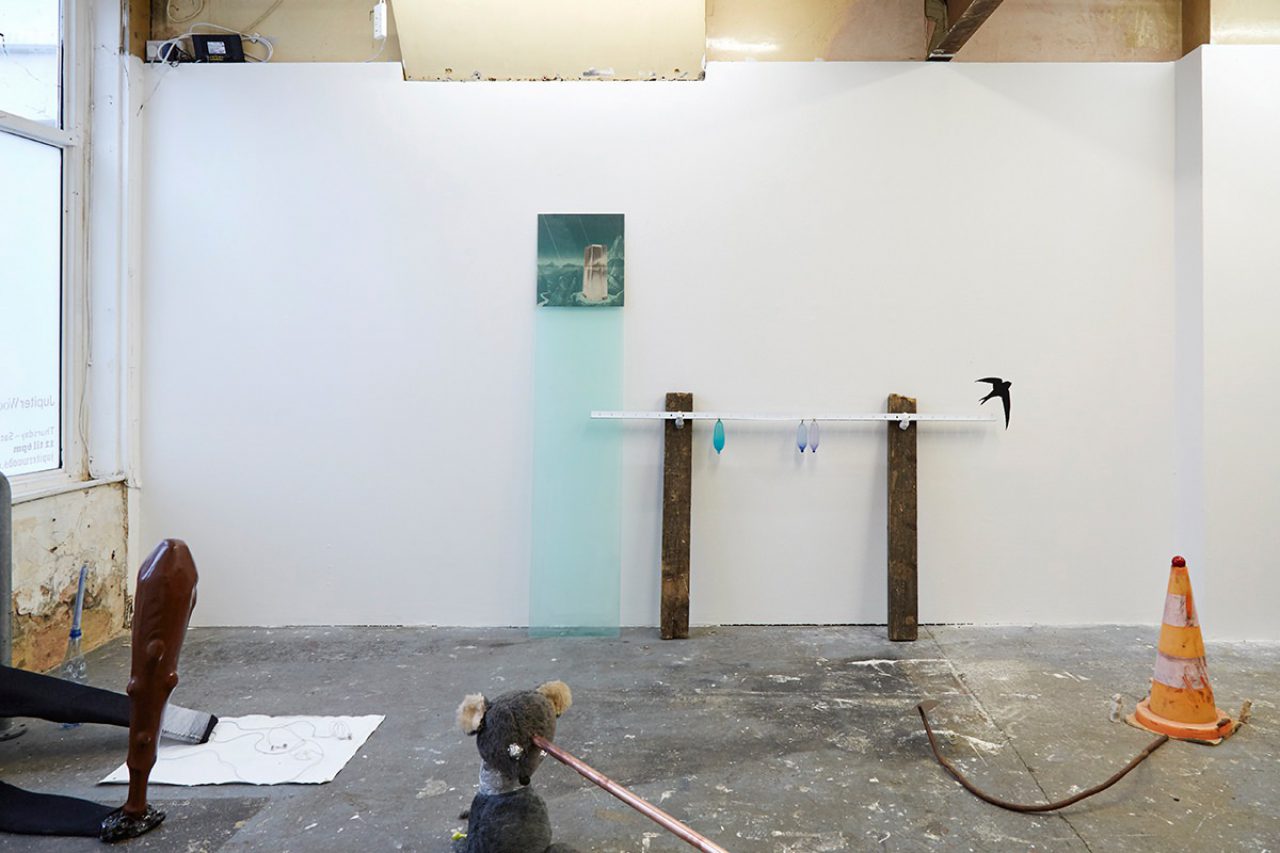 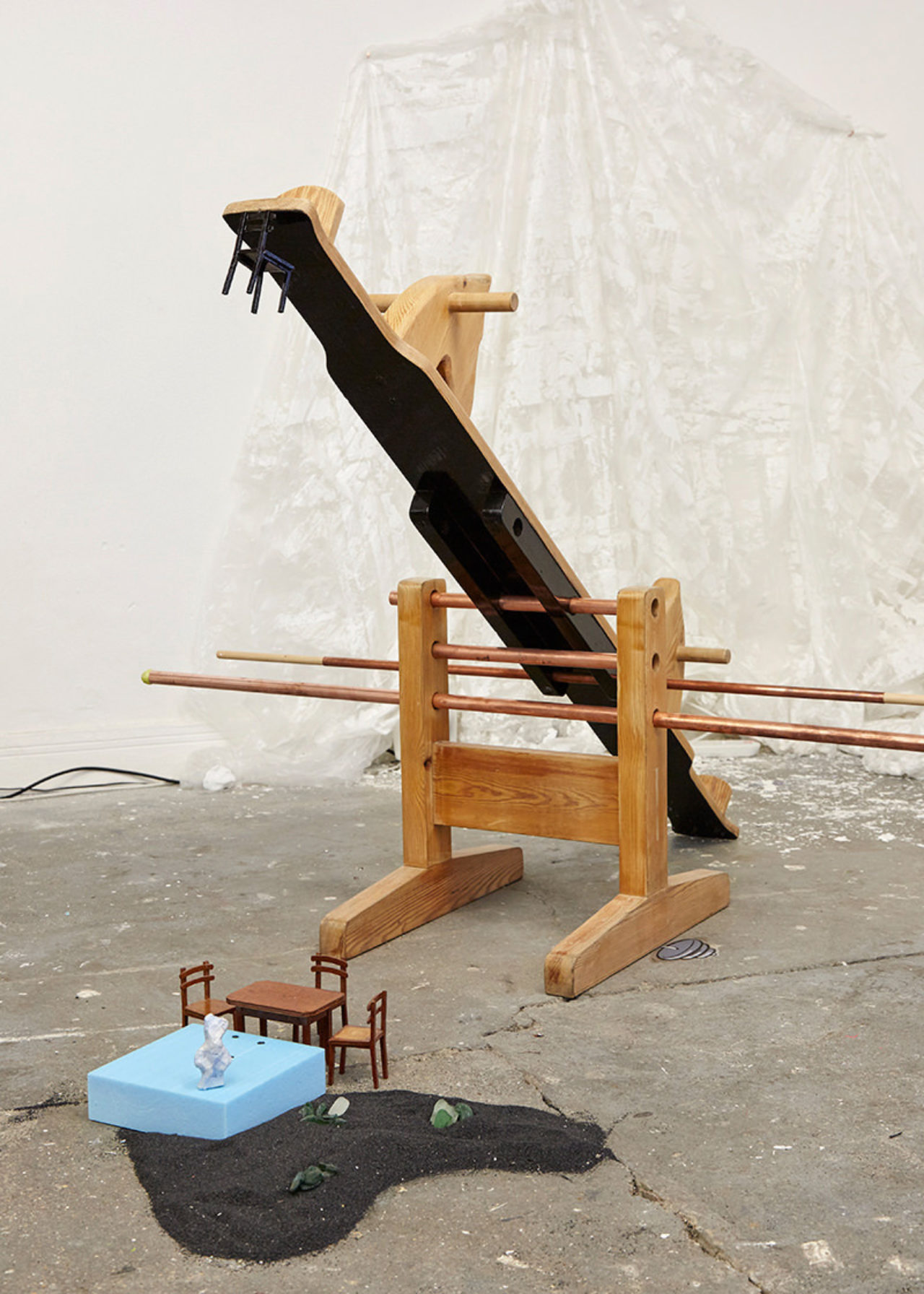 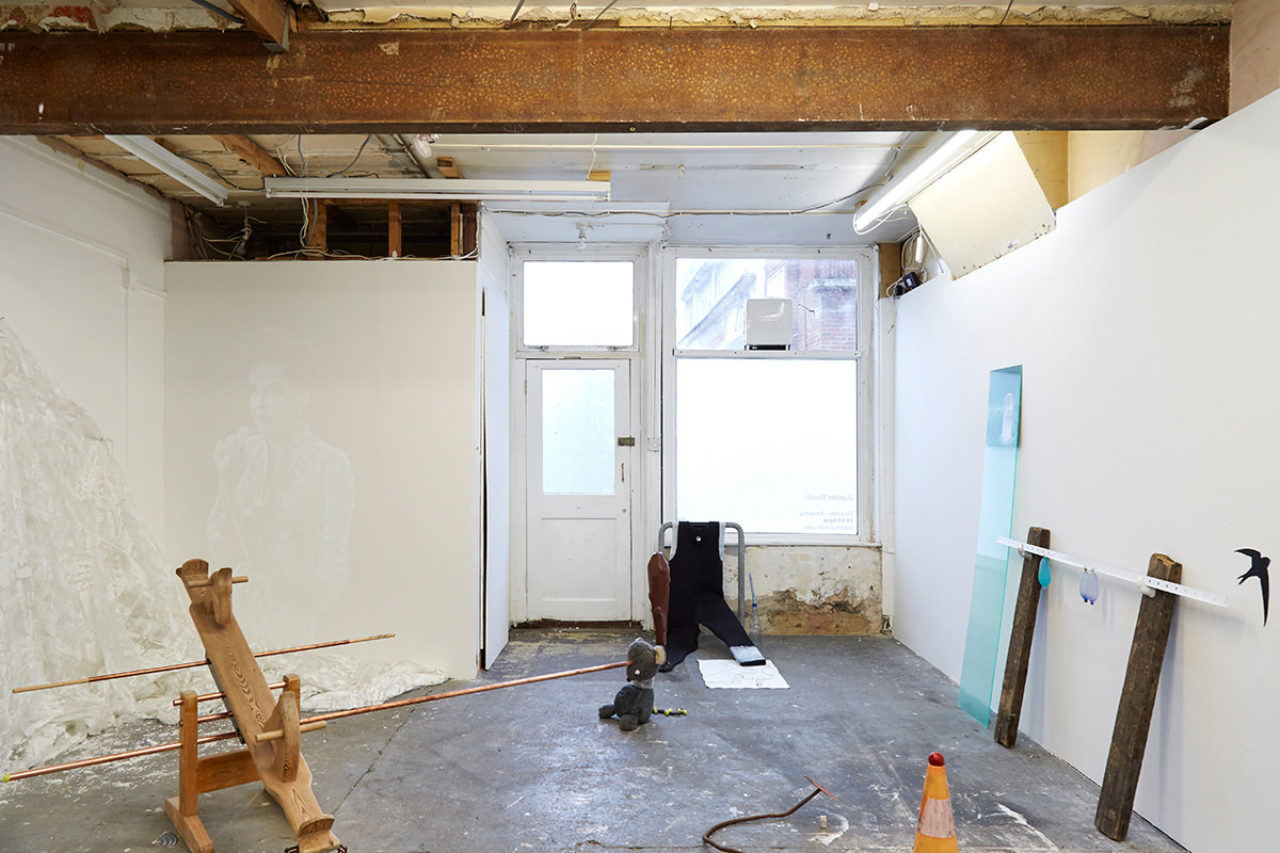 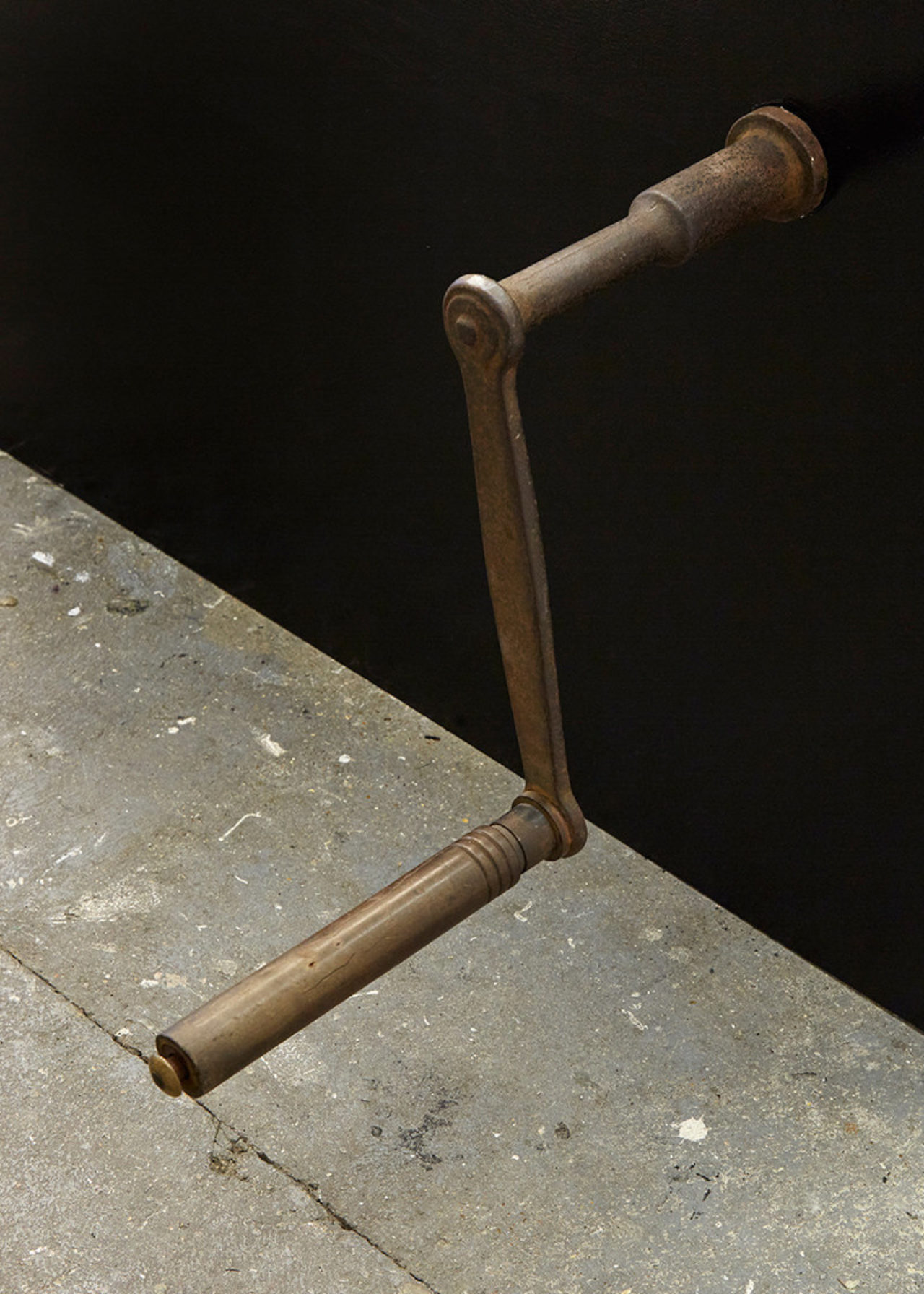 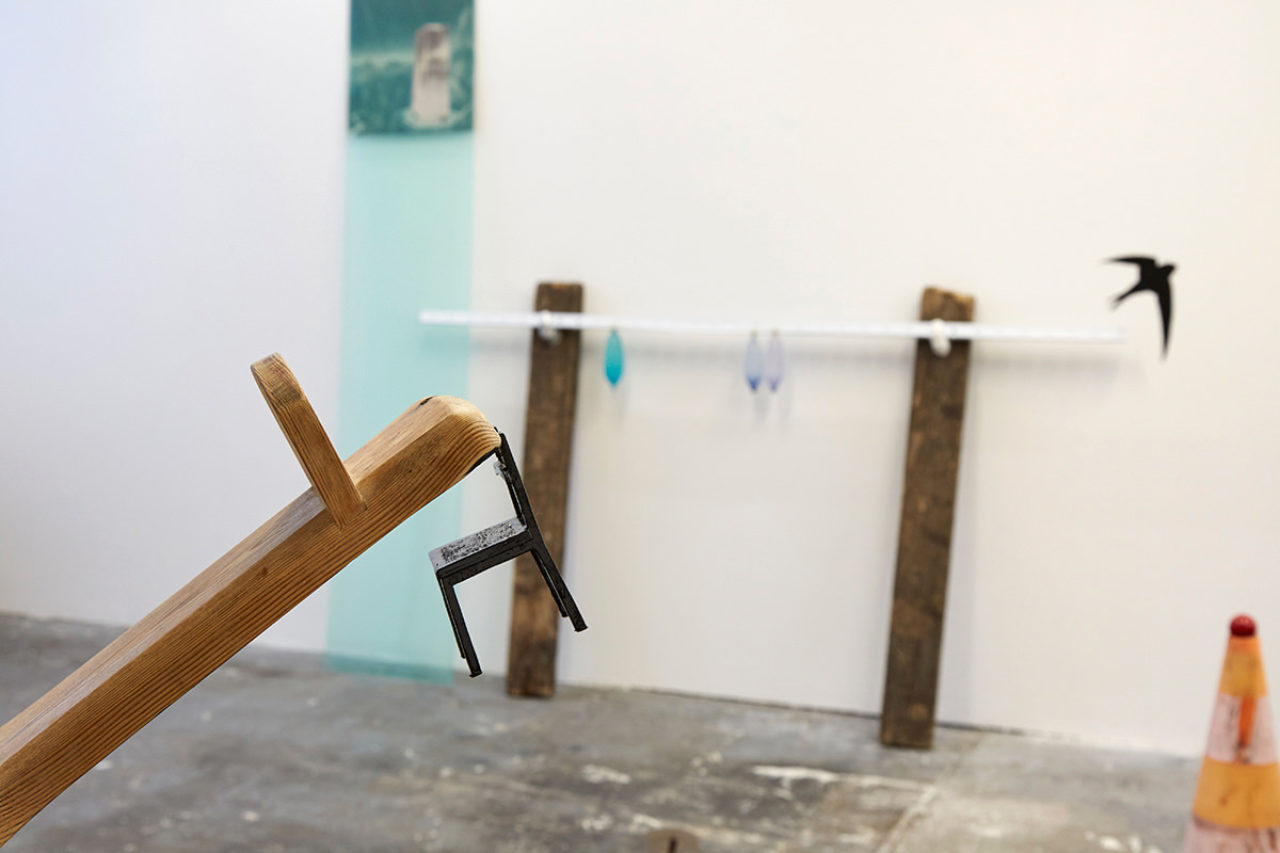 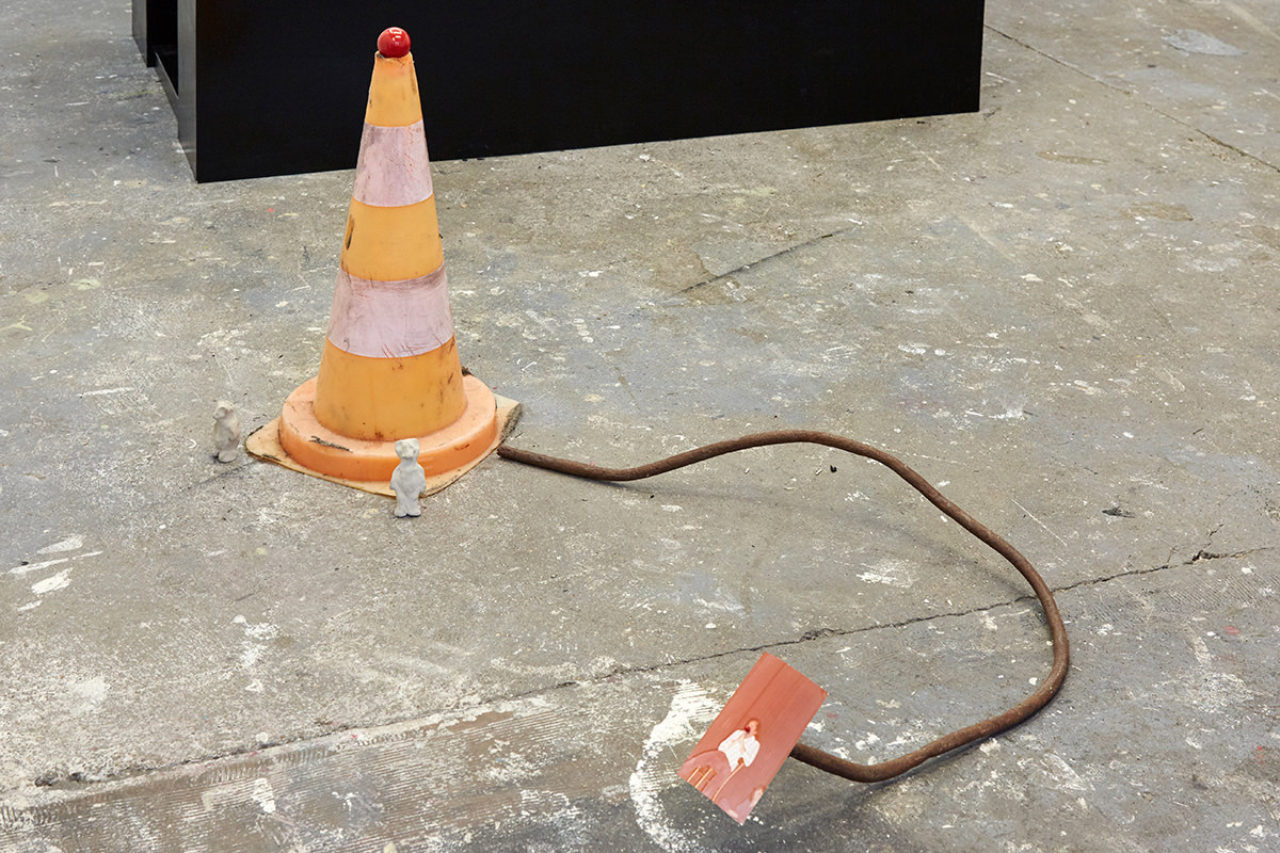 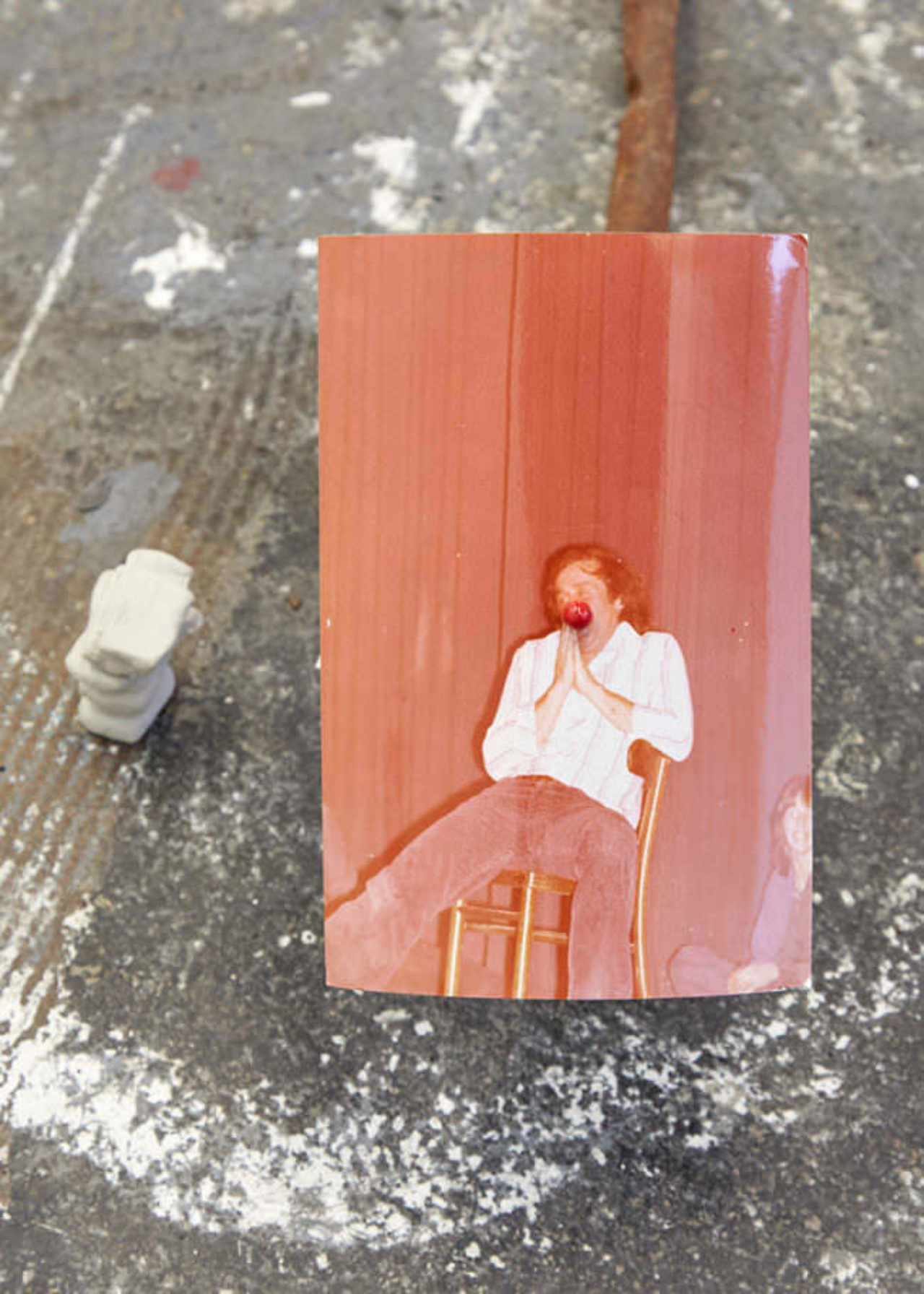 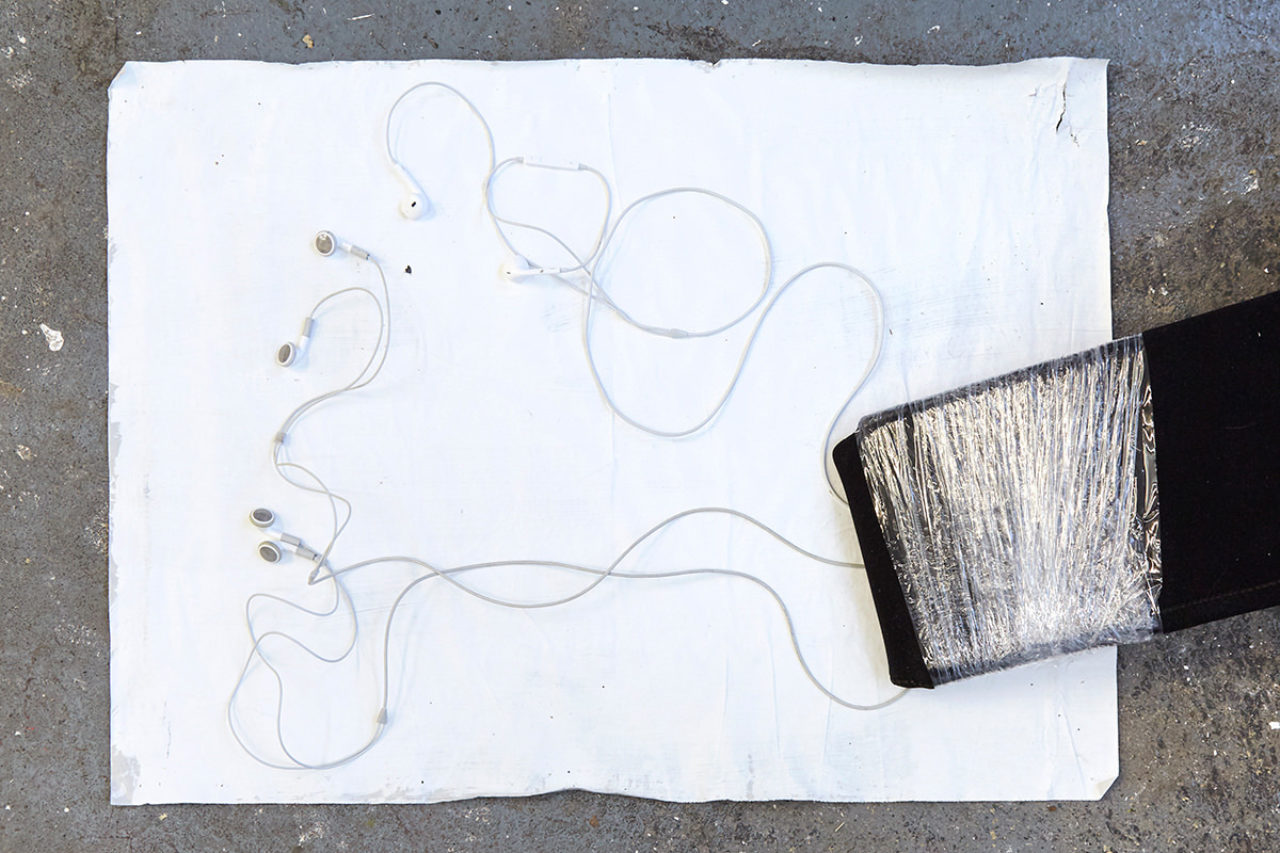 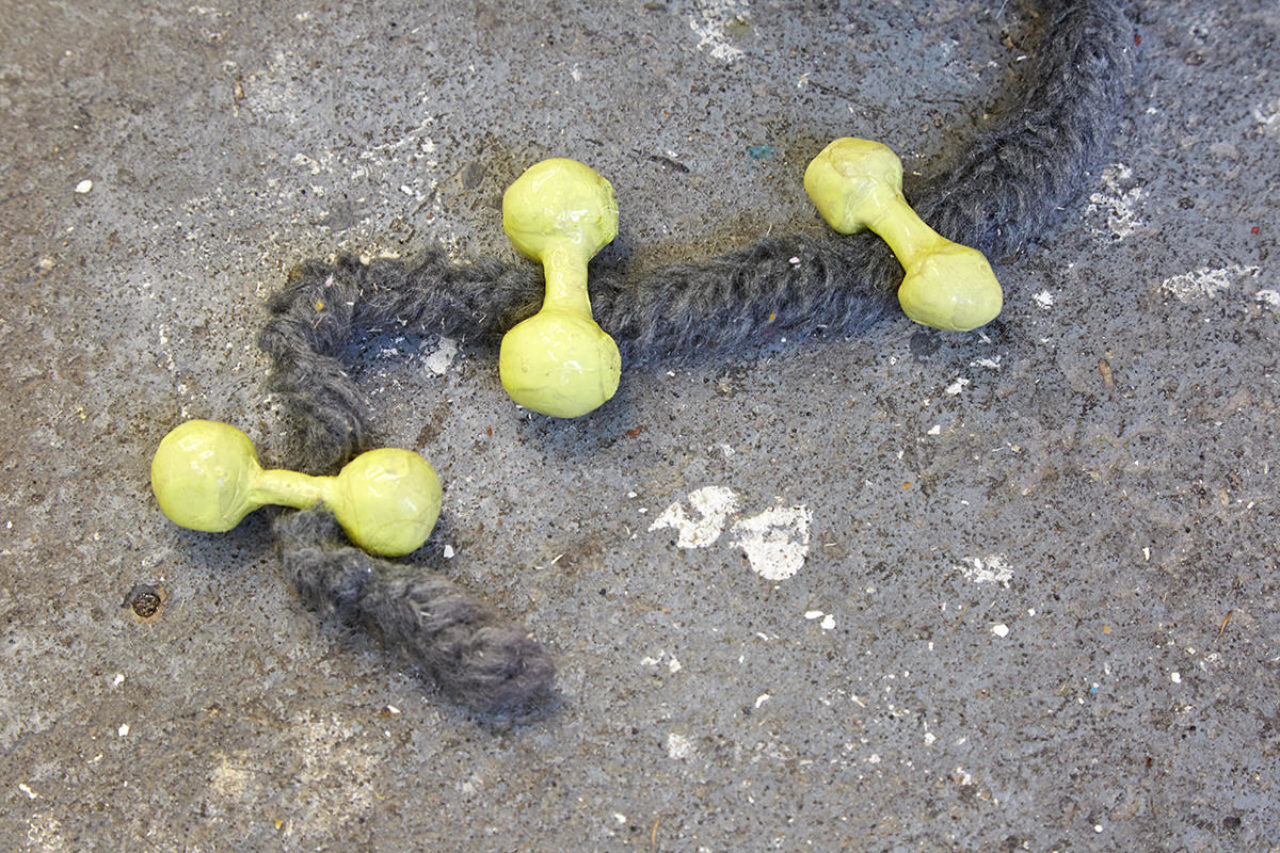 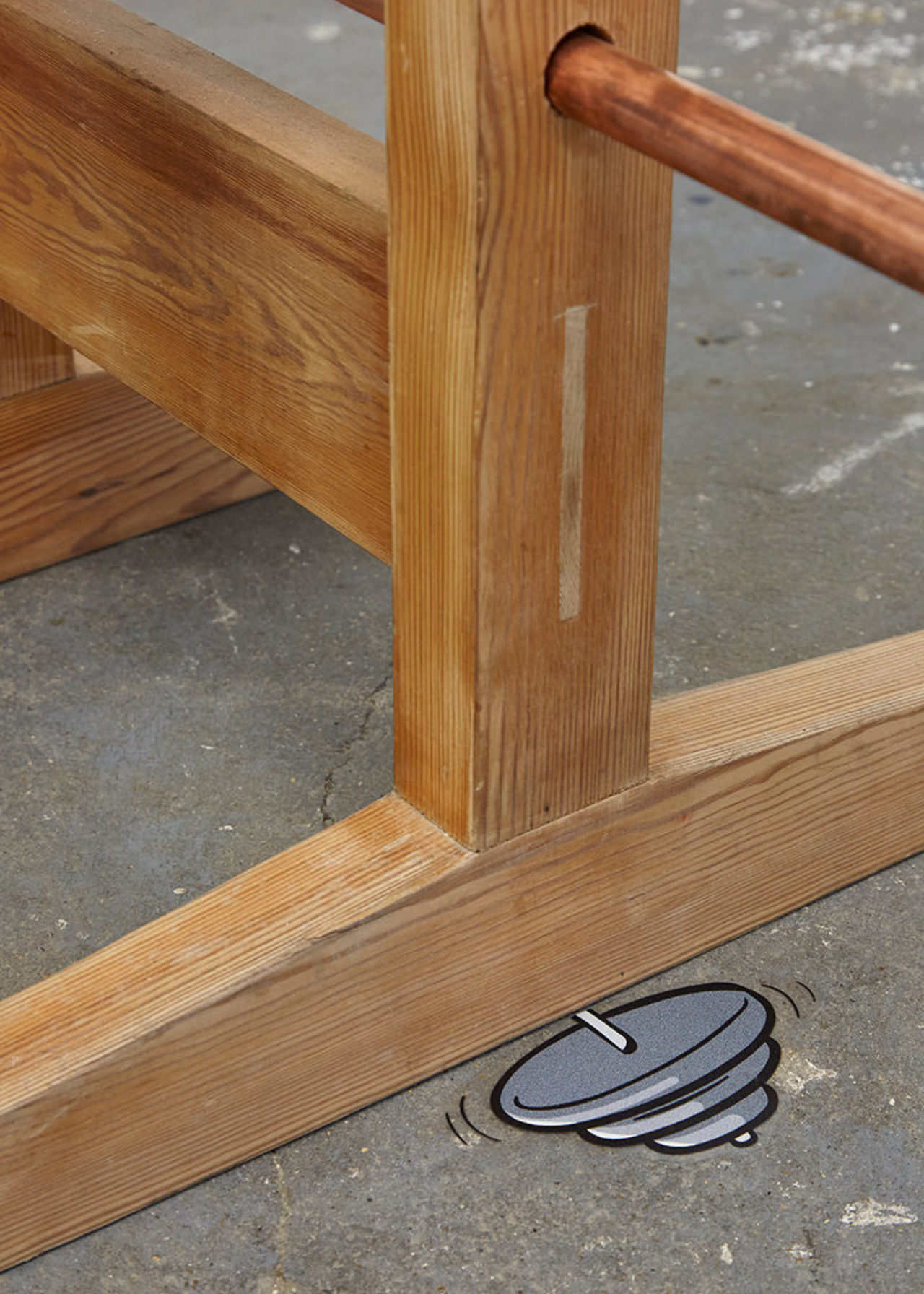 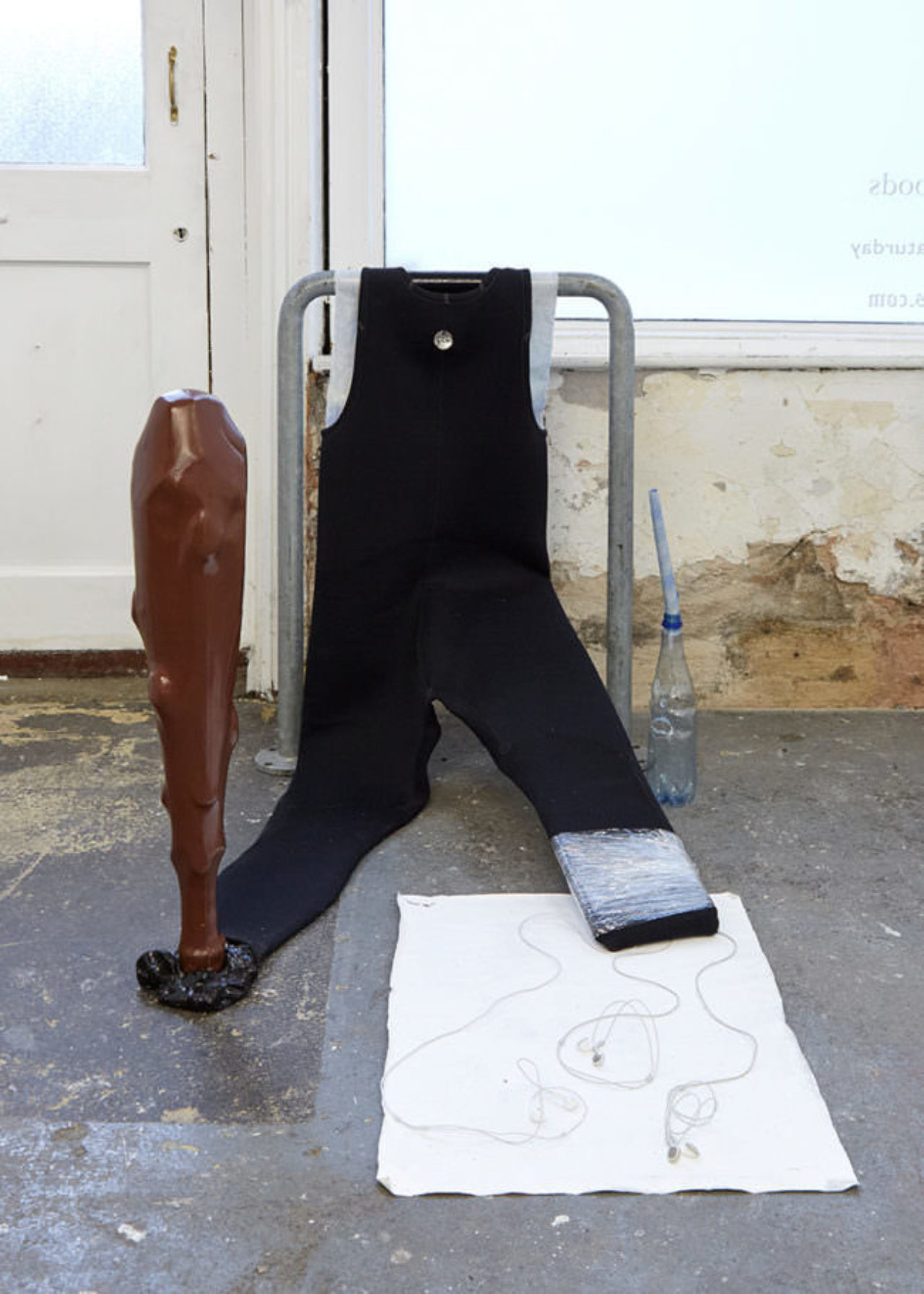 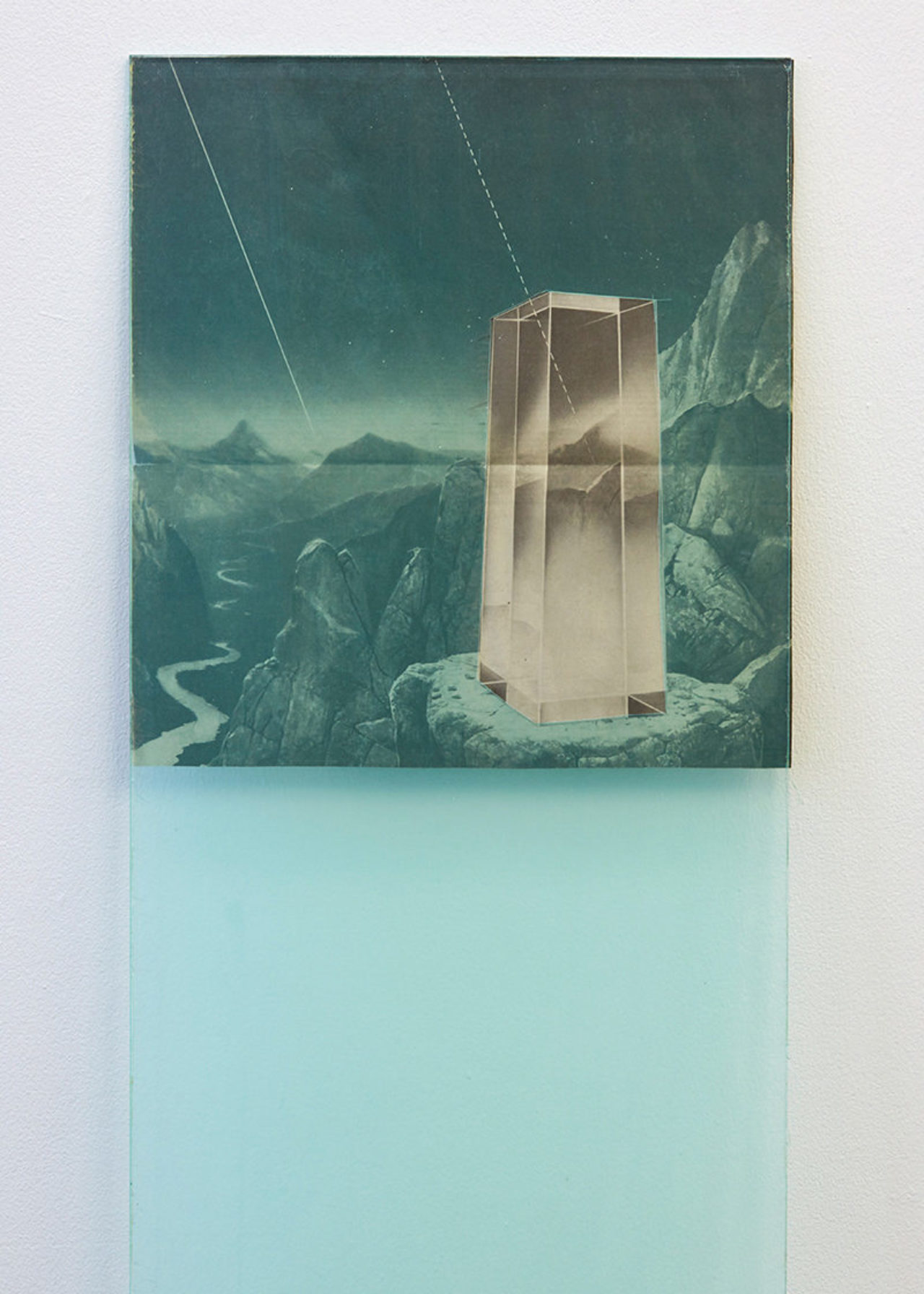 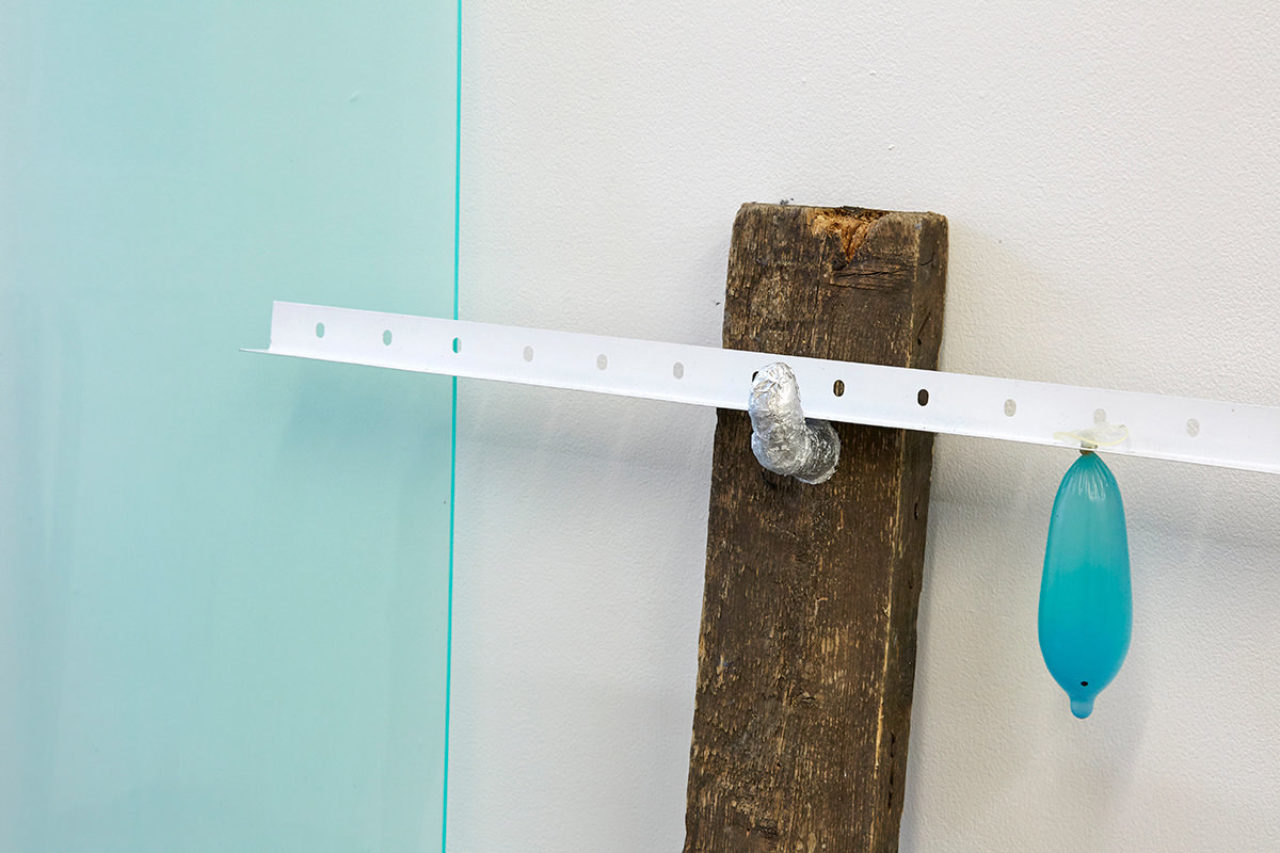 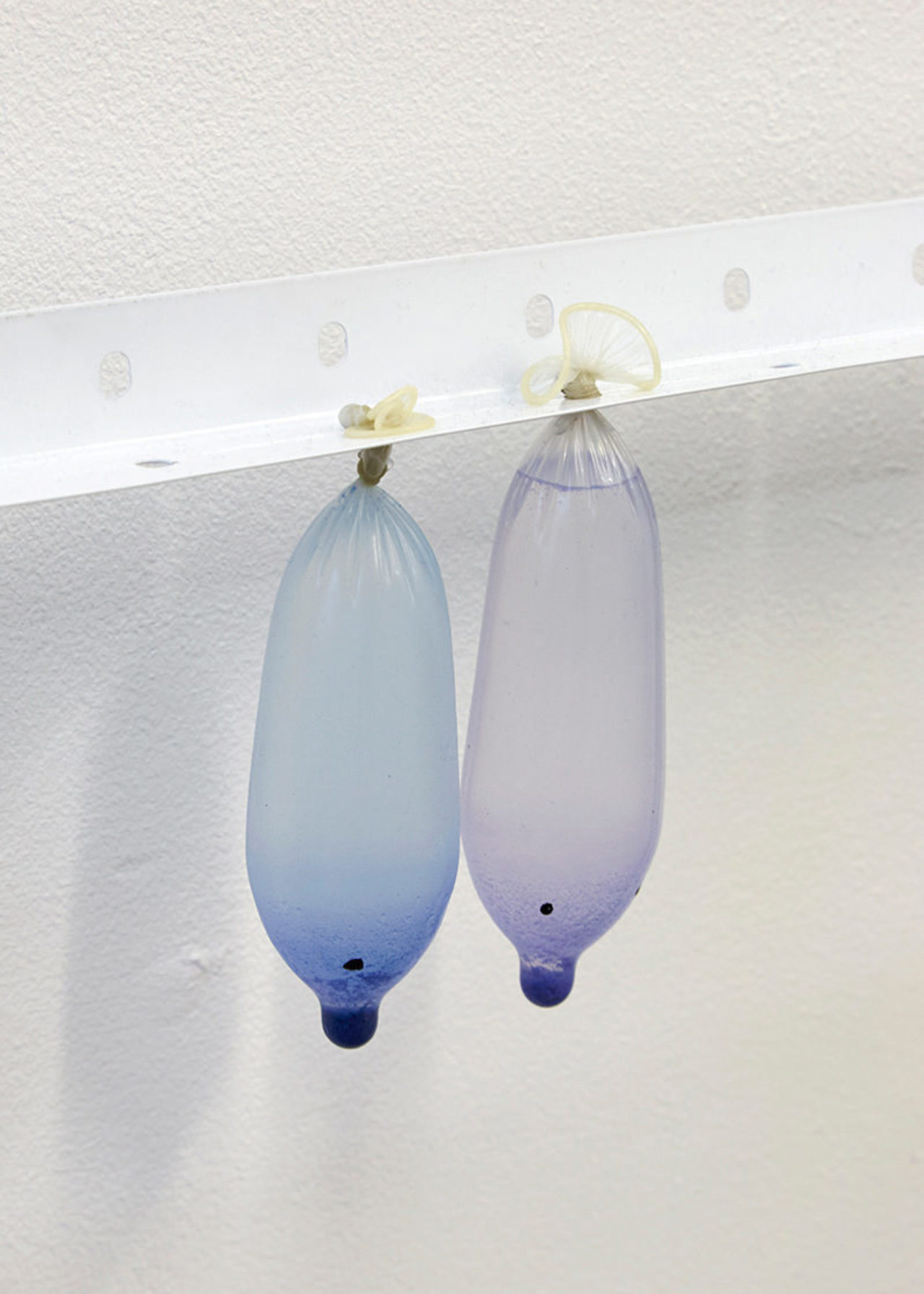 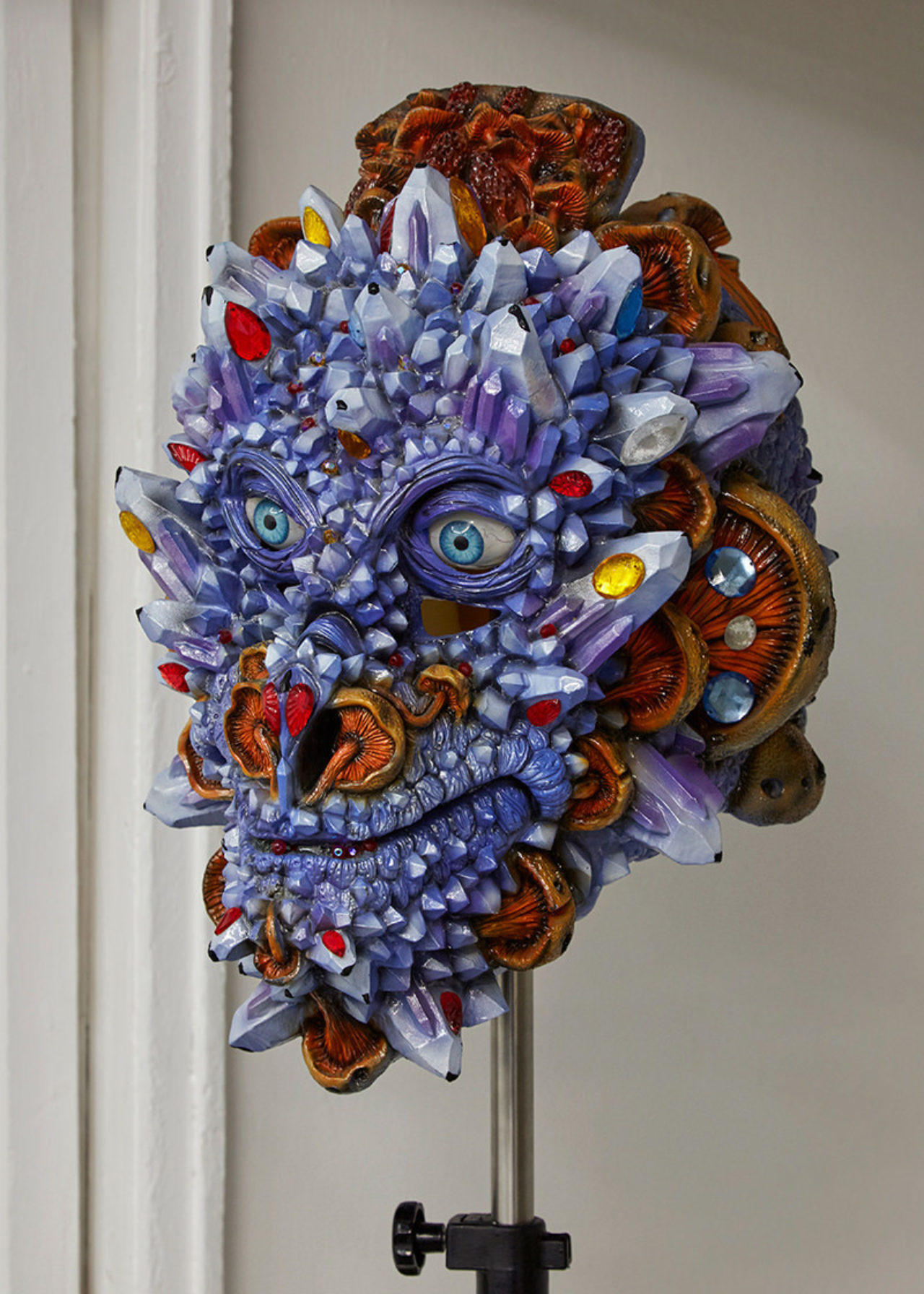 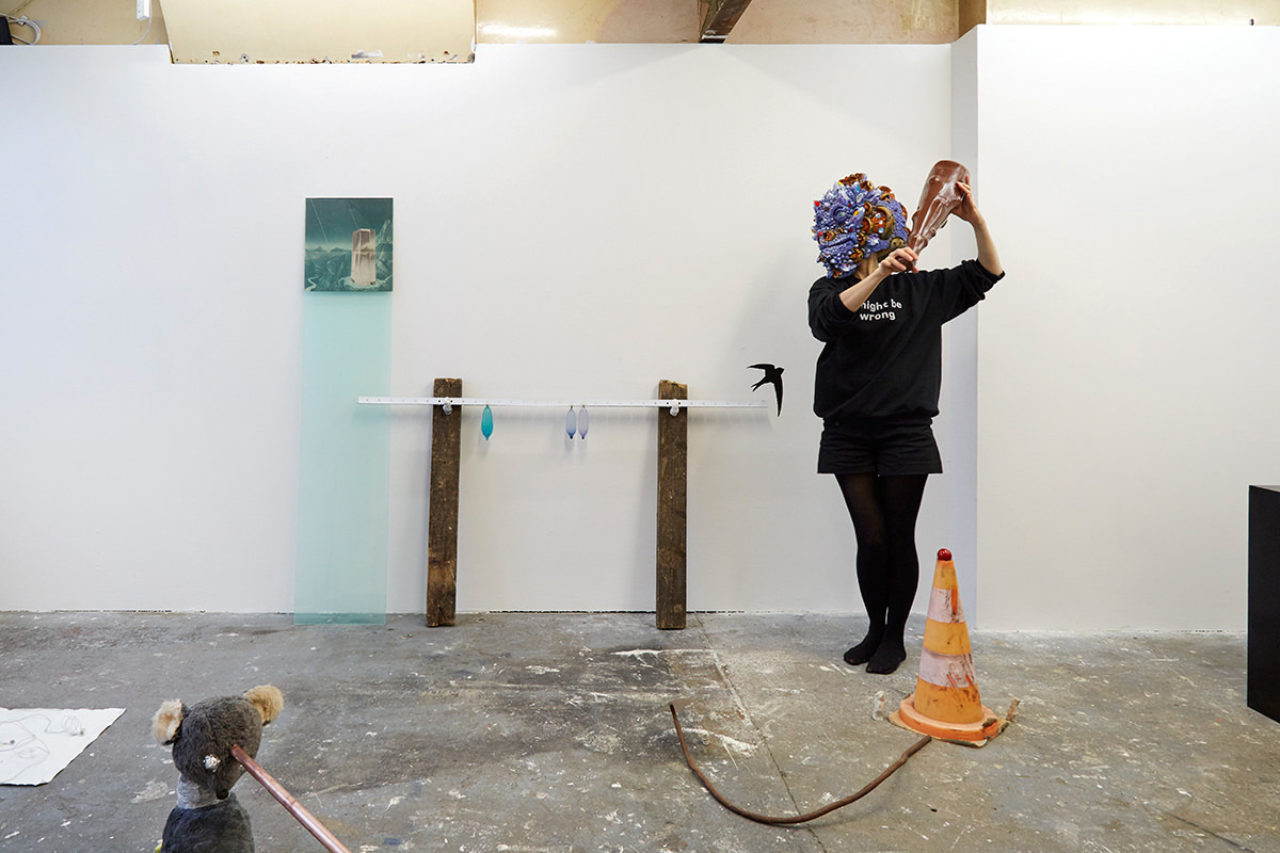 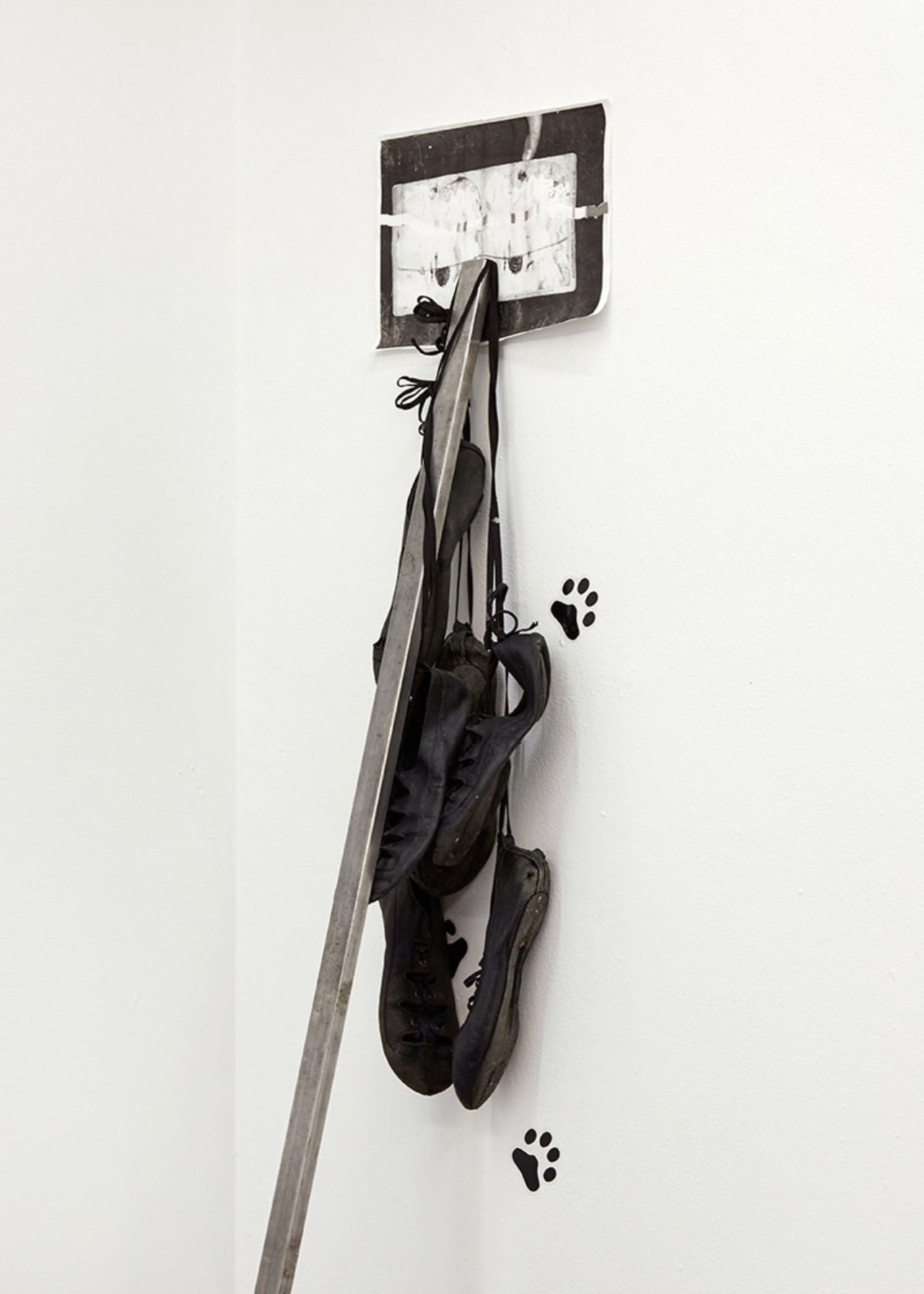 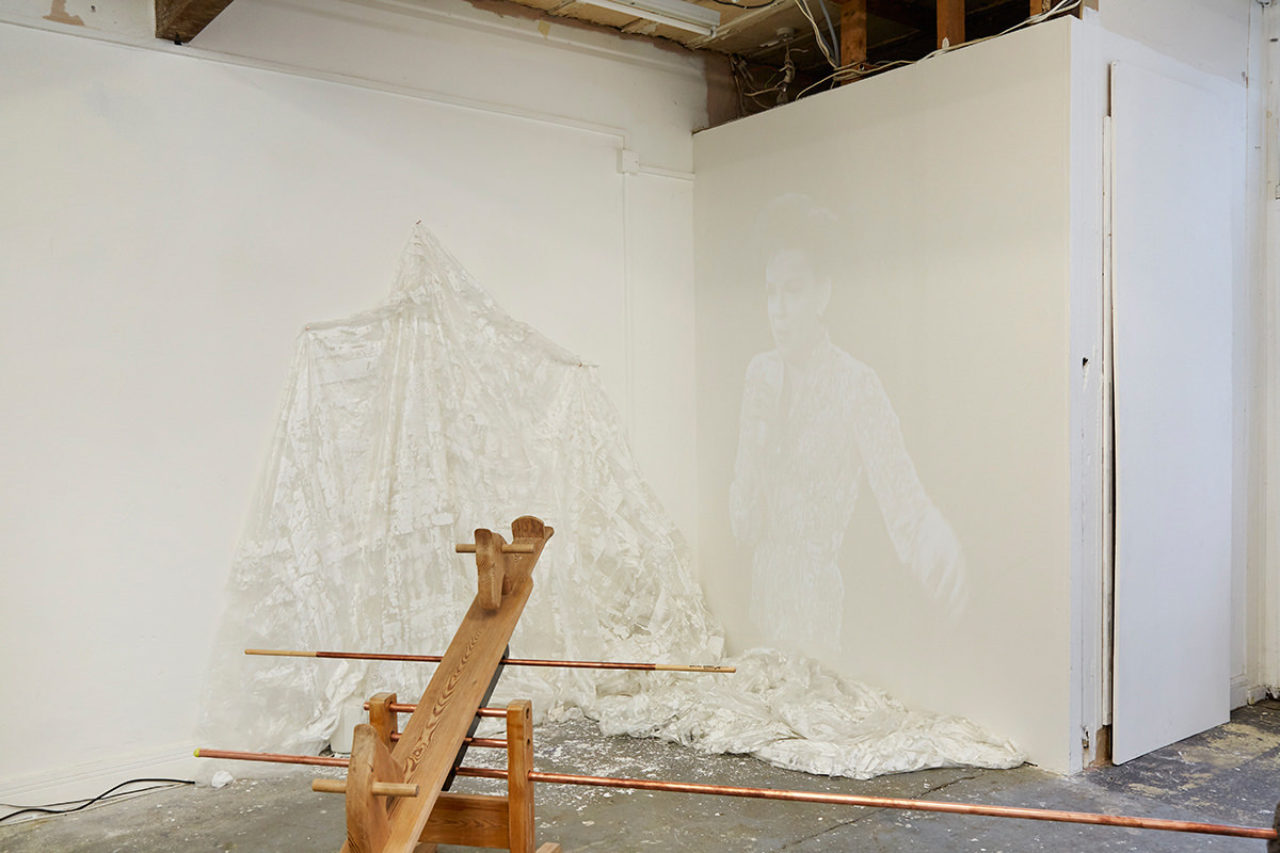 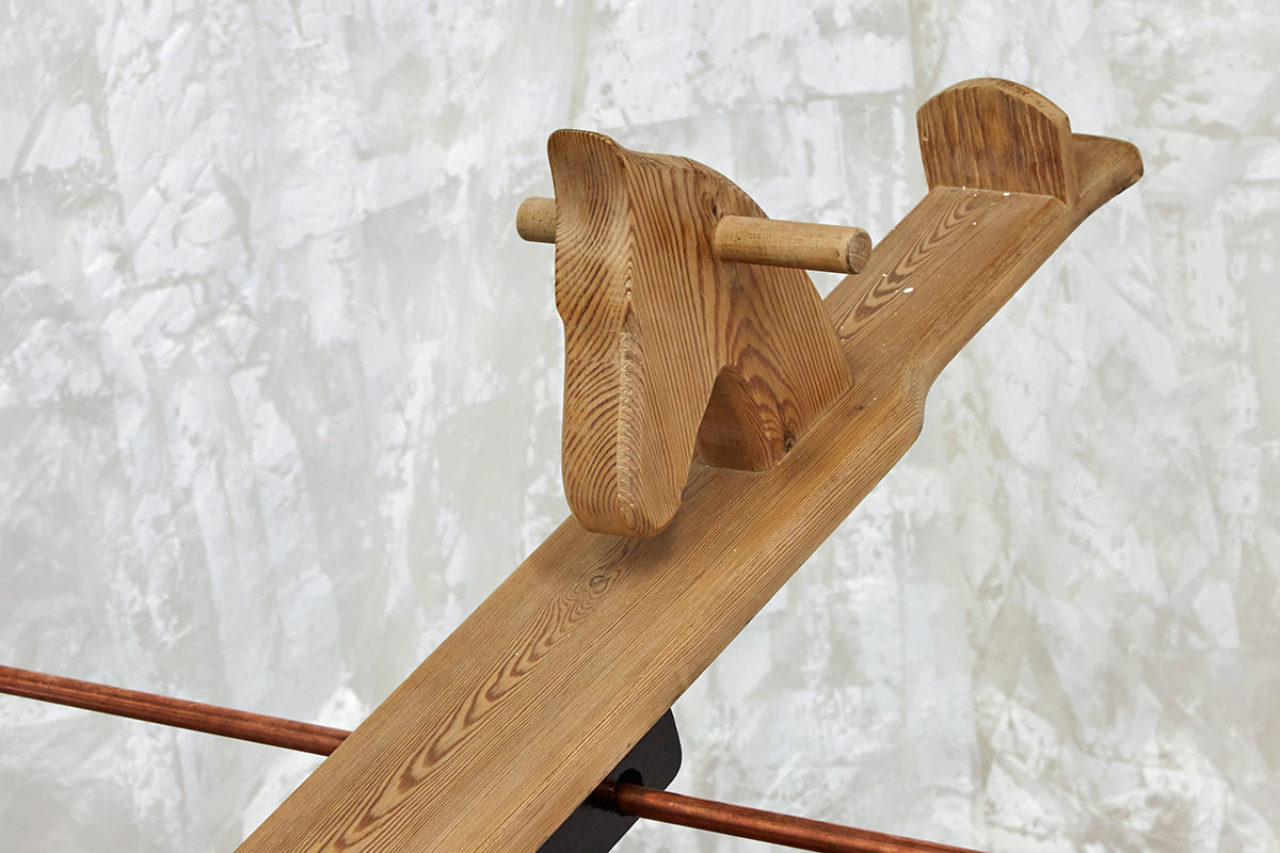 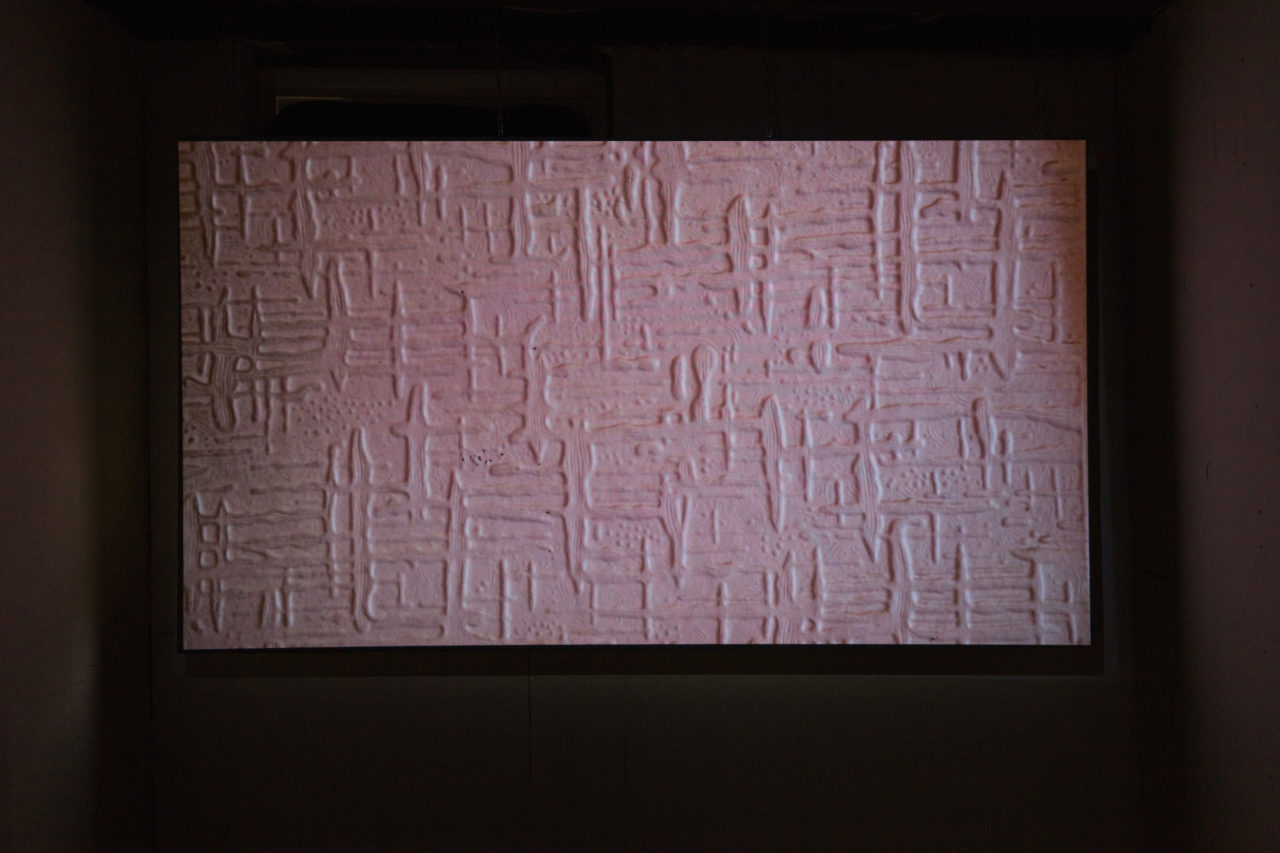 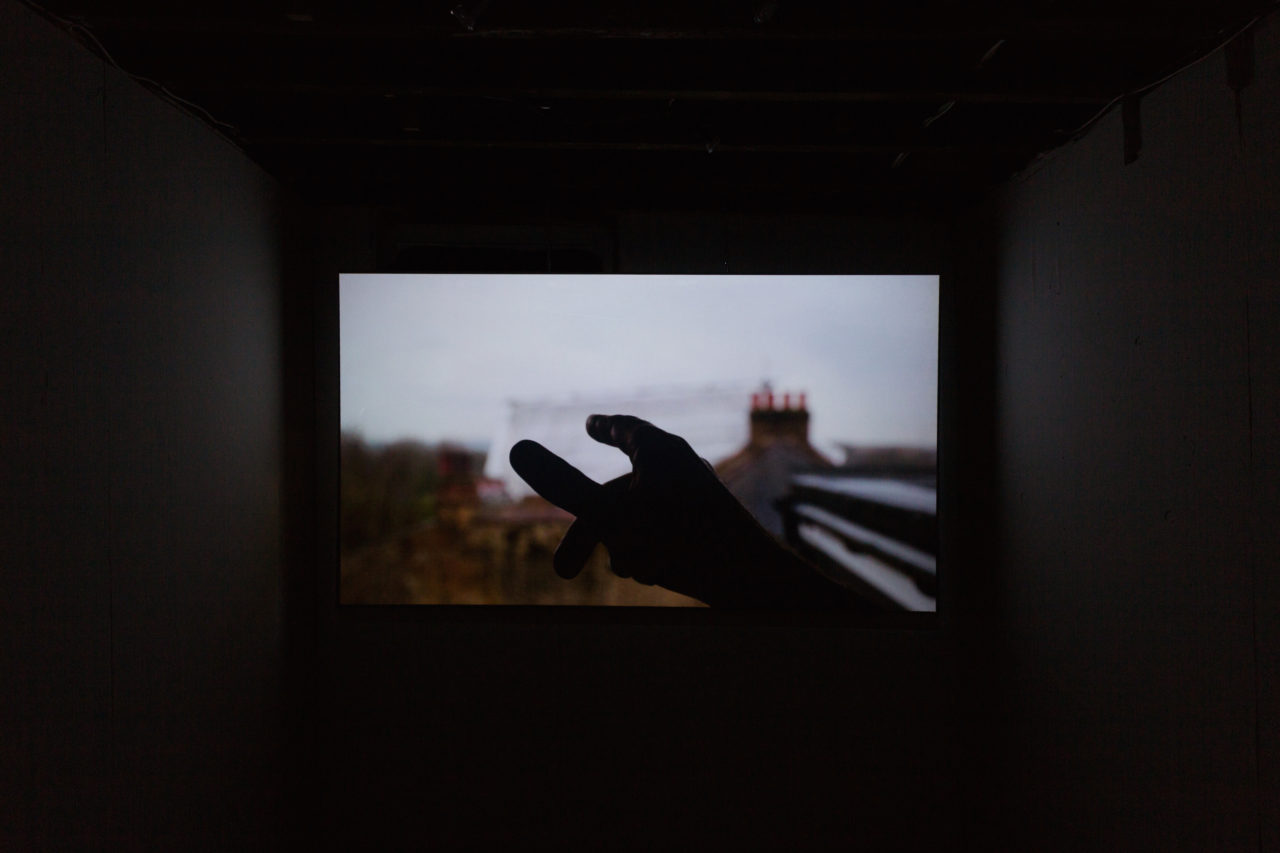 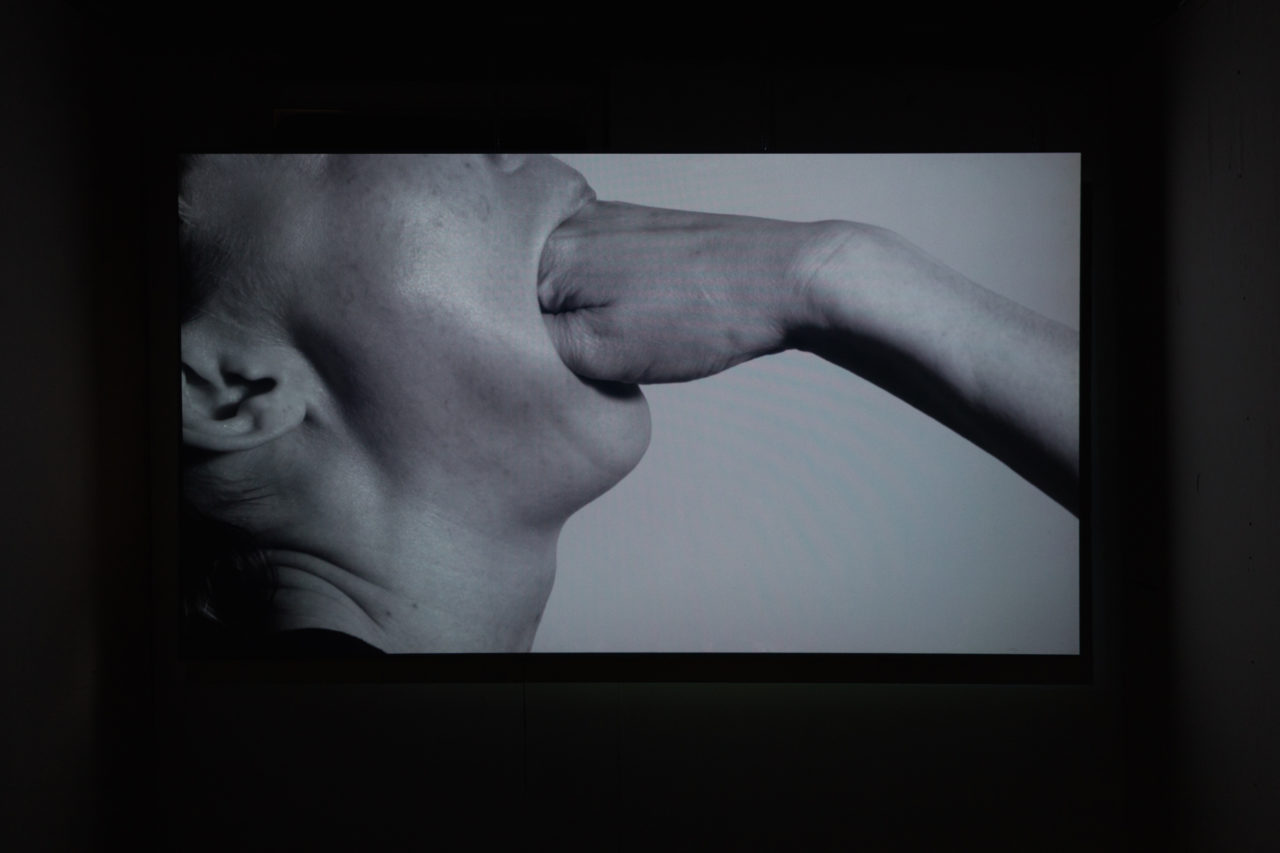 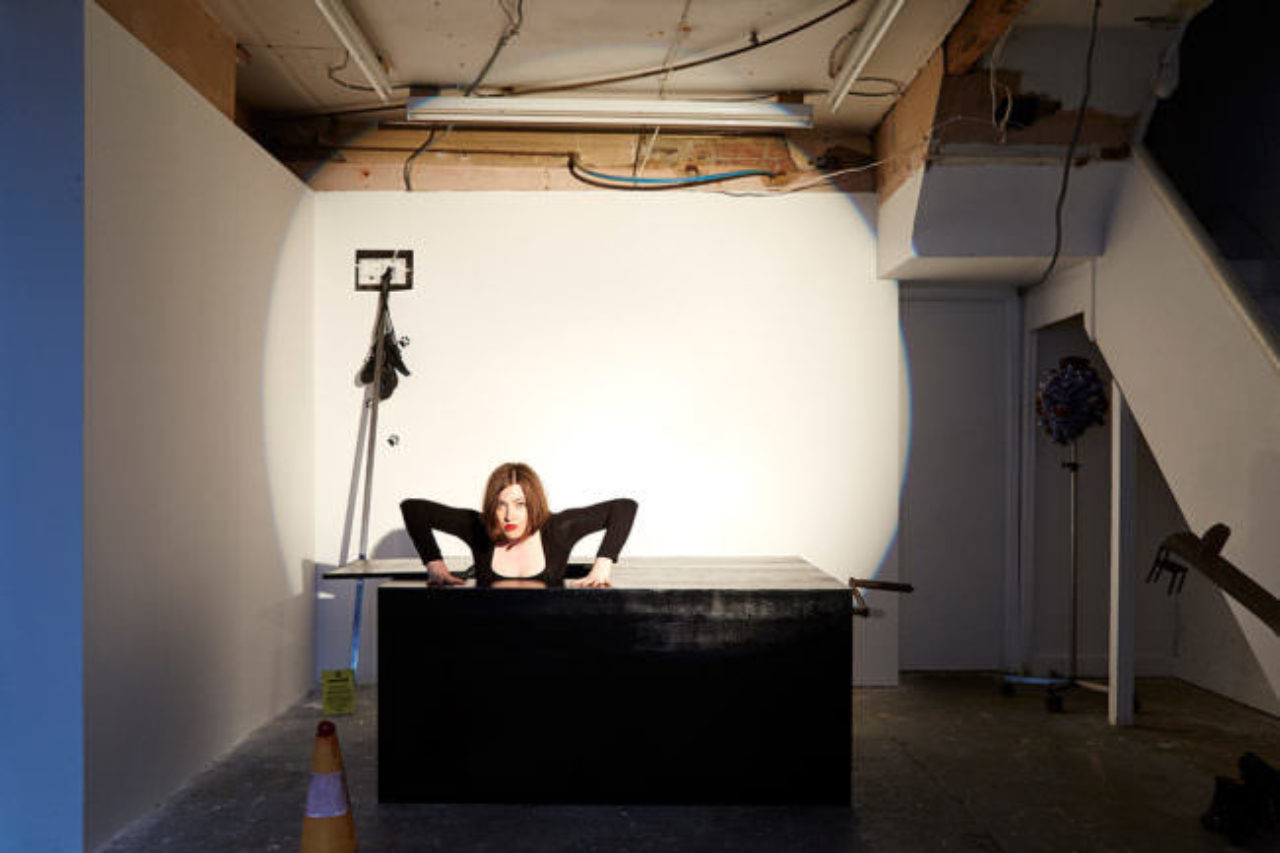 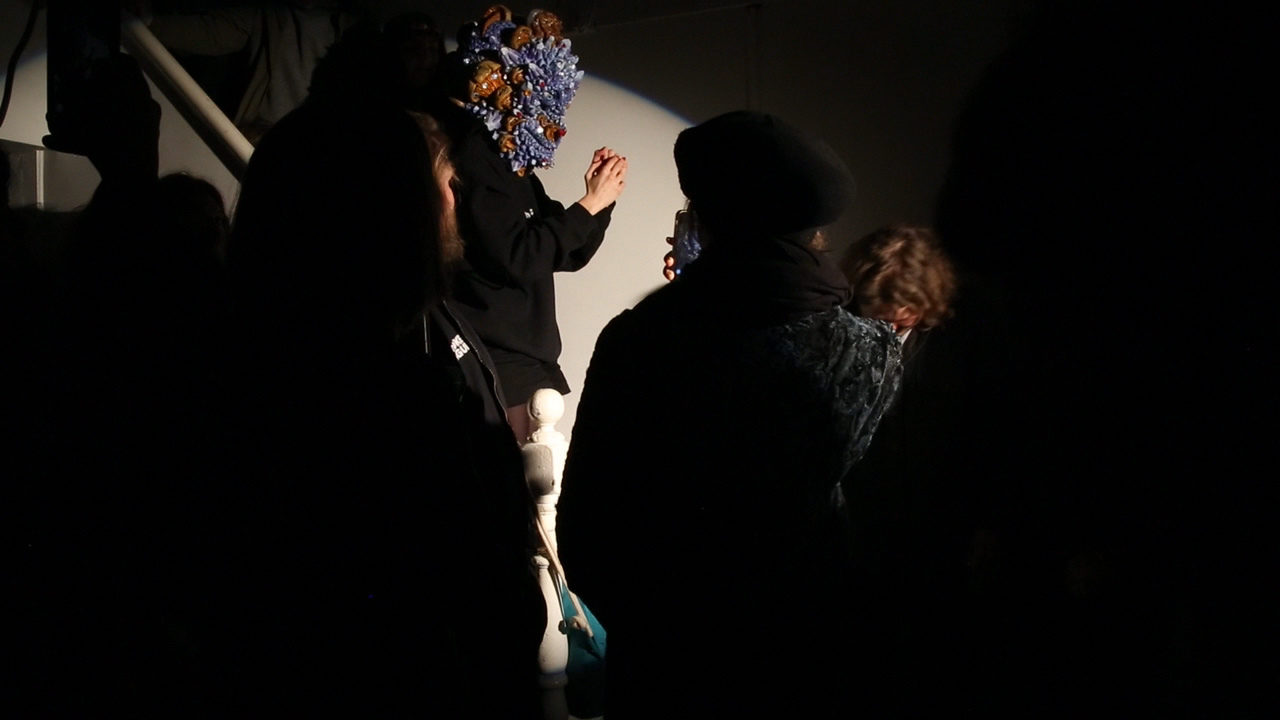 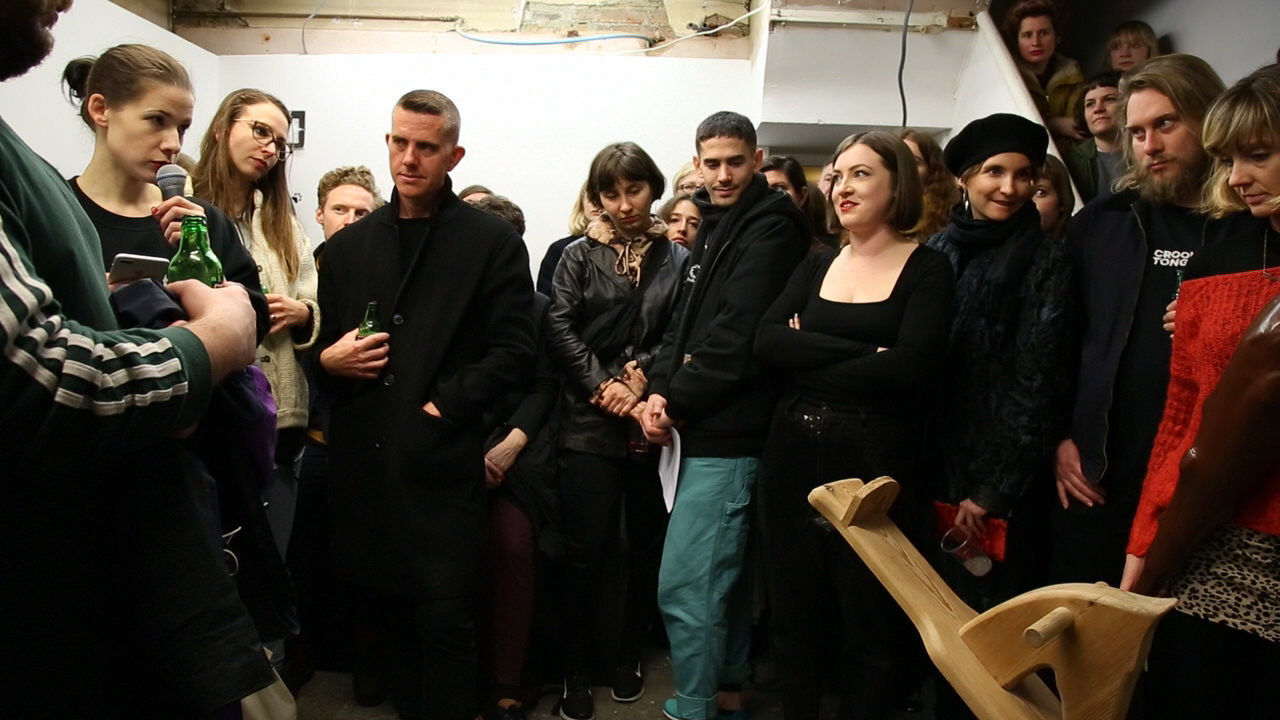 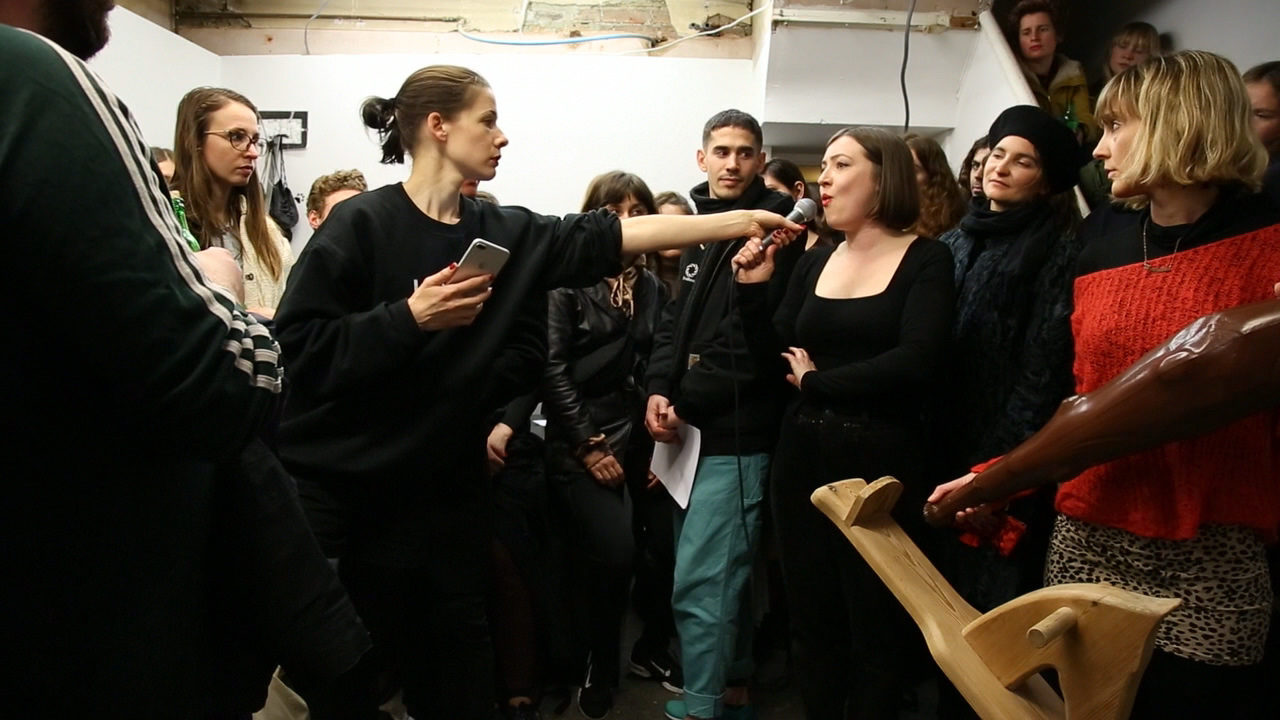 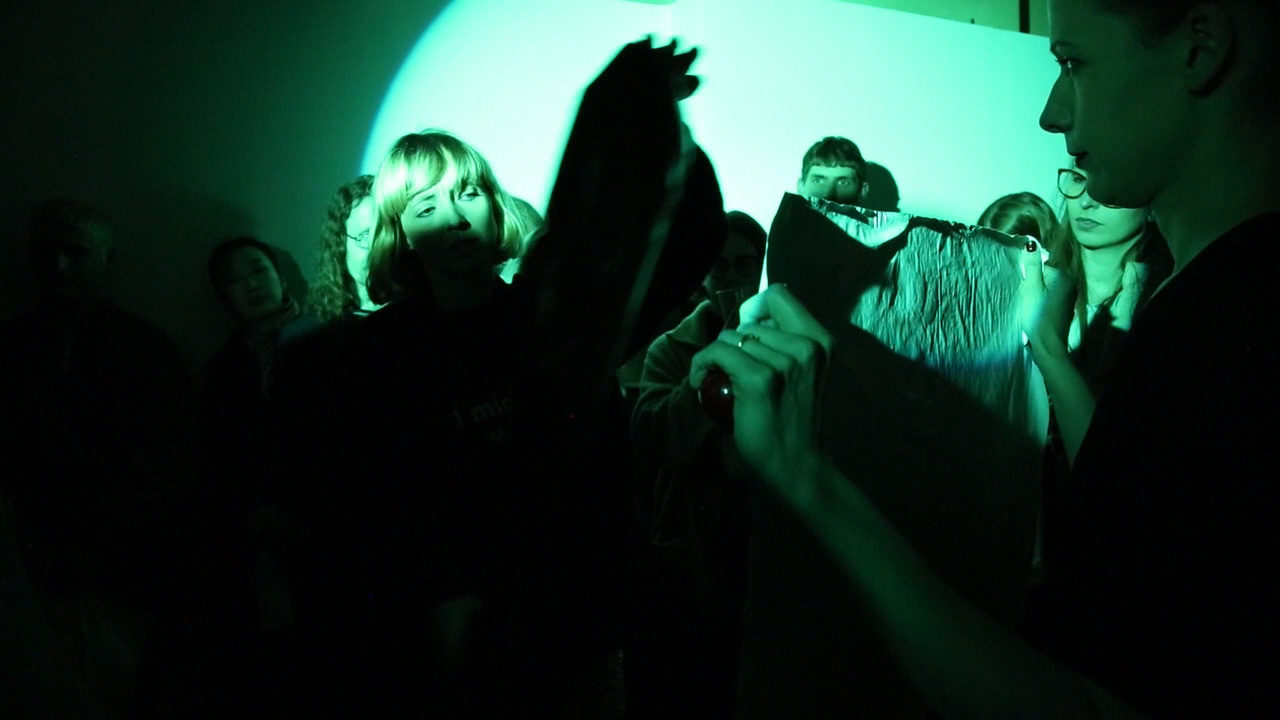 Open on Saturday 12-6pm and by appointment.

There’s a myth that exists in many different cultures with lots of variations. In it, someone is looking after a baby, a dog, a child, or an elderly person for someone else when it unexpectedly dies. In a panicked state the person puts the dead body in a container such as a suitcase or the boot of a car and takes it to find help. The container is stolen on route. Finally, the thief opens the container to find the dead body and there it is…

… The Ol' Switcheroo is an unexpected twist in a narrative, usually involving a thing, person or situation mysteriously shape-shifting into its opposite. In the switcheroo, a trickery is enacted to subvert expectations and destabilise the audience’s understanding of what is happening.

Since I was a child, I’ve experienced the sensation that my voice has been ripped from my mouth. Violently, but without pain. I imagine the ripped out voice wandering around, finding other hosts. Vocal dissociation is a common disorder. A sufferer once tried sewing up his mouth because he couldn’t stand to hear the words that he was speaking. It didn’t work obviously. The voice had found an alternative route (albeit lacking shape) through his nose. Someone else was speaking through him and it tortured him. In the end, he had his chords removed.

I cried recently about that baby dolphin that accidentally swam too close to shore before being scooped up and passed around by tourists doing selfies. By the third tourist it was already dead. The best subversion of its exotification was to just dry up there in their arms. They carried on posing with its limp carcass for ten minutes before they realised. That dolphin pulled the Ol’ Switcheroo.

The existential switcheroo:
heaven is a trap door

I see that mammal, too. Deep down.
I see saw seen it once with dusty lungs.
No voice got out.
Chalk at most at utmost
A horse horse hush
Trap shut
door

Let me channel it
{channels it deep down
A somber bari
Tones it down for the sirens are singing}
Back
Forth
Sofar
NOT A TRAP DOOR IN SIGHT, OR A FIRE ESCAPE OR A CURTAIN TO WALK THROUGH.

This collaboration enters the murky territories of the voice in its inner guttural, written and spoken shapes, to explore subjectification and its escape routes, and celebrate the polyphony of being. The voice - that slippery element of the human body in constant negotiation between its inner and outer guises - moves, simulates; articulates language, yet plays tricks on it.

Unfolding a methodology that attempts to challenge ideas of individuality and of “owned” identity constructors, an experiment is inaugurated: a folder of ‘Nuggets’ has become the open container for snippets of thoughts and comments that are continually free floating amongst the artists’ voices and radiate with cryptic mythology. Acting as vessels for each others’ works, the voices are organically, formally and idiosyncratically intertwined, following a process of giving and taking - putting ideas, materials, inspiration at the disposal of each other, with the hope of creating a logic beyond language, and beyond a consensus of knowledgeable understanding.

Delving into the embodied and disembodied textures of the vocal apparatus,The Ol’ Switcheroo will observe what happens when our possessive selves try to let go of “owned” identity constructors and instead play with a flowing sharing economy. What gets lost and what is gained?