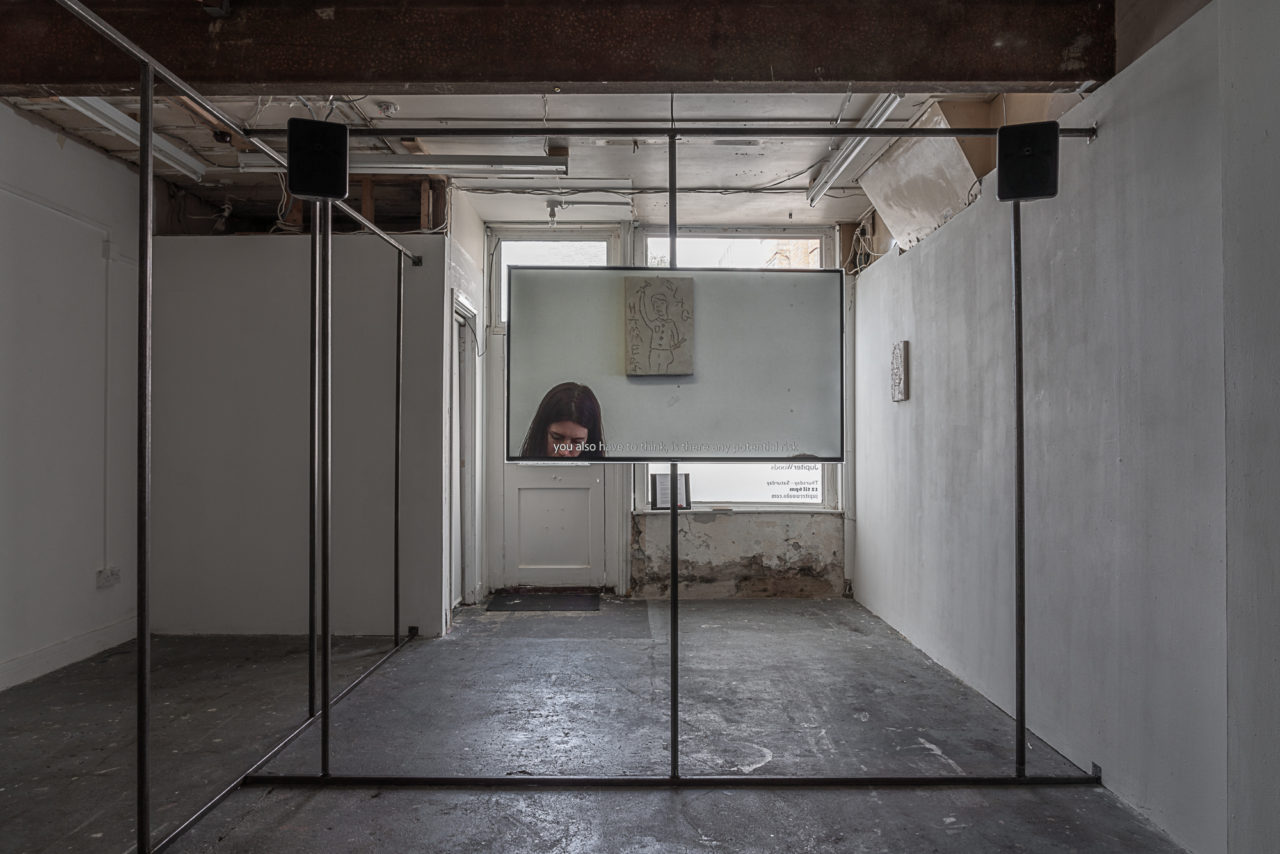 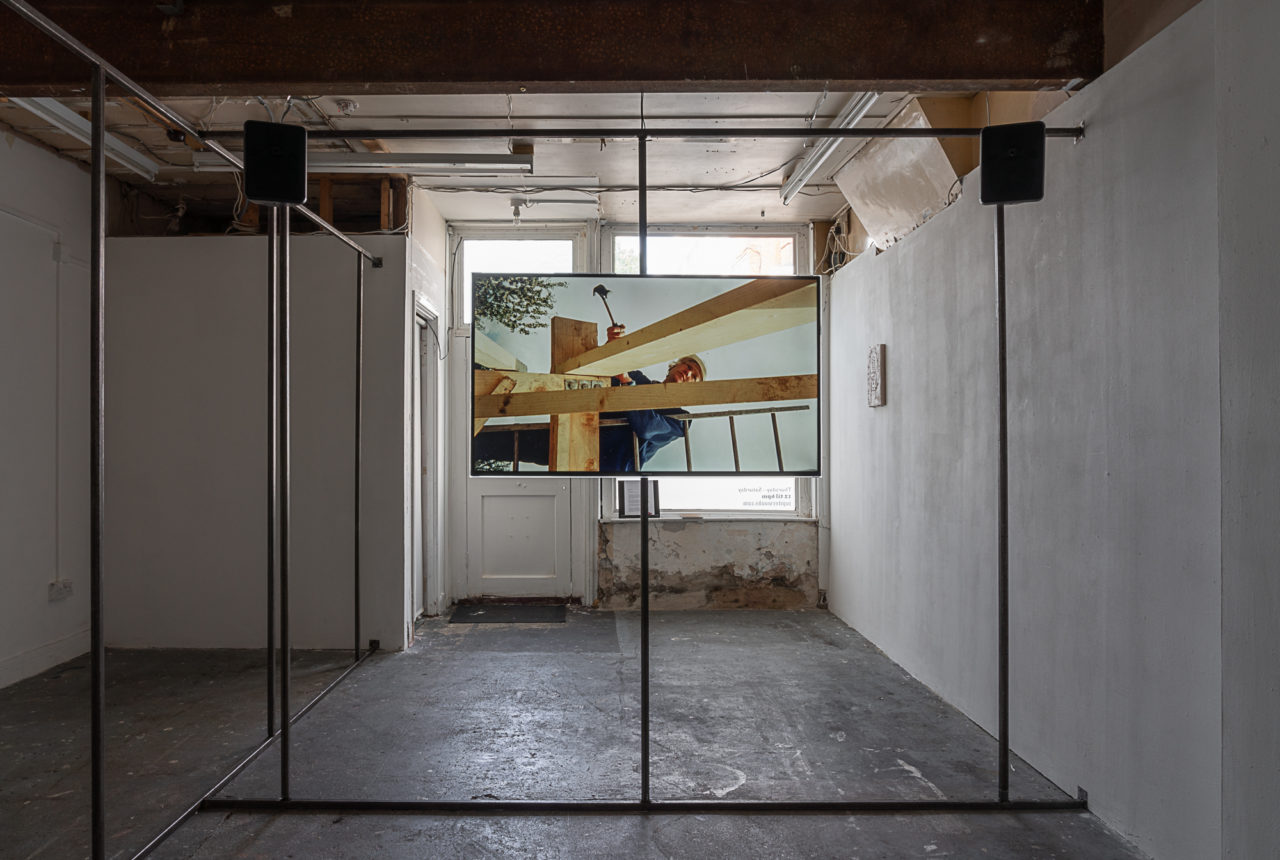 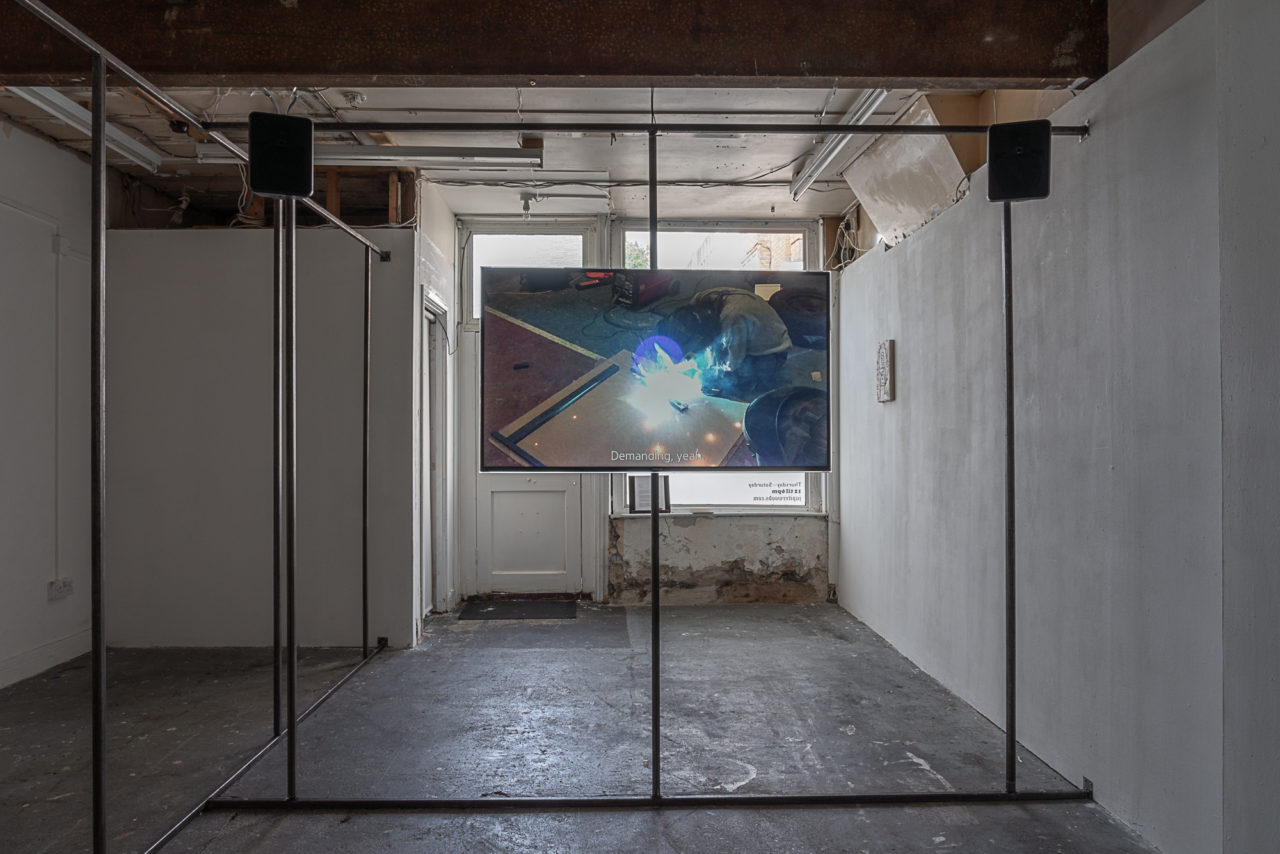 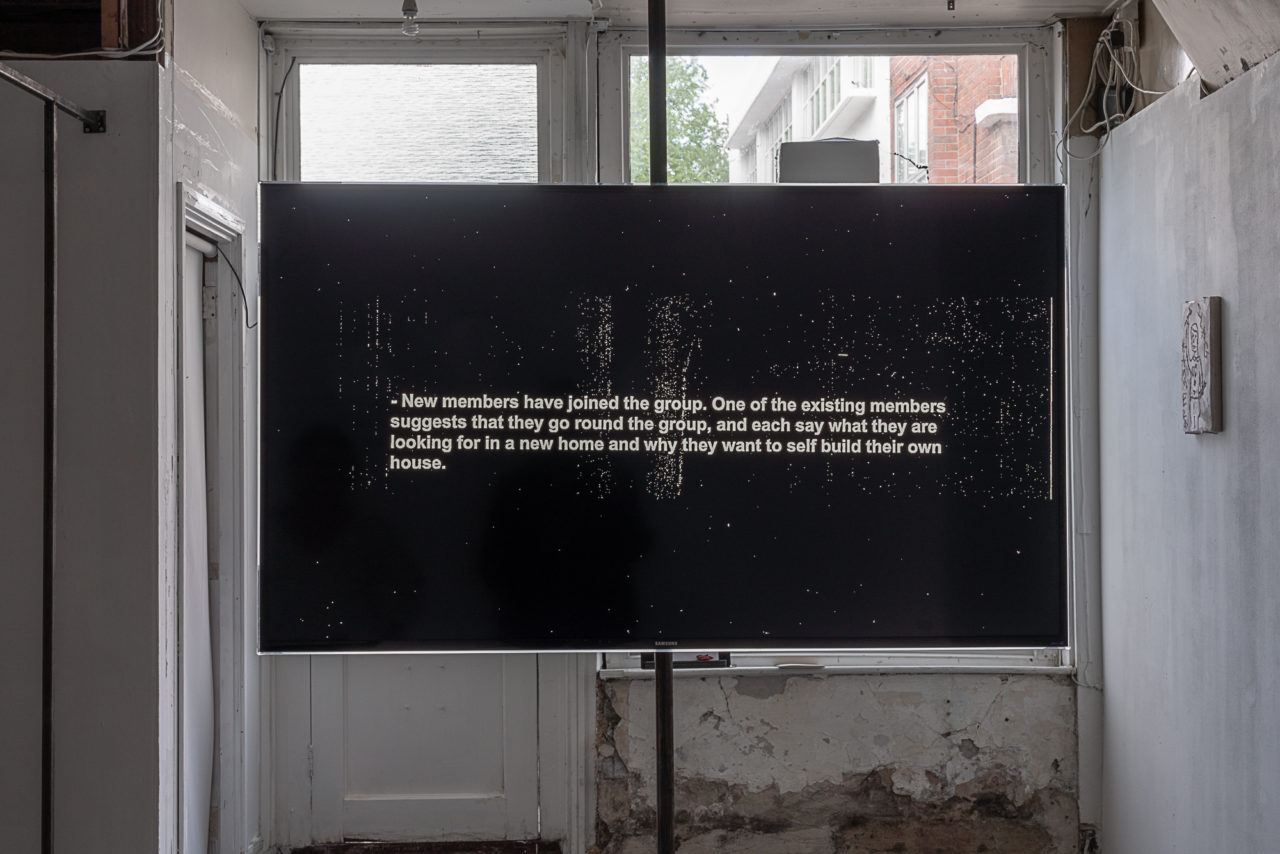 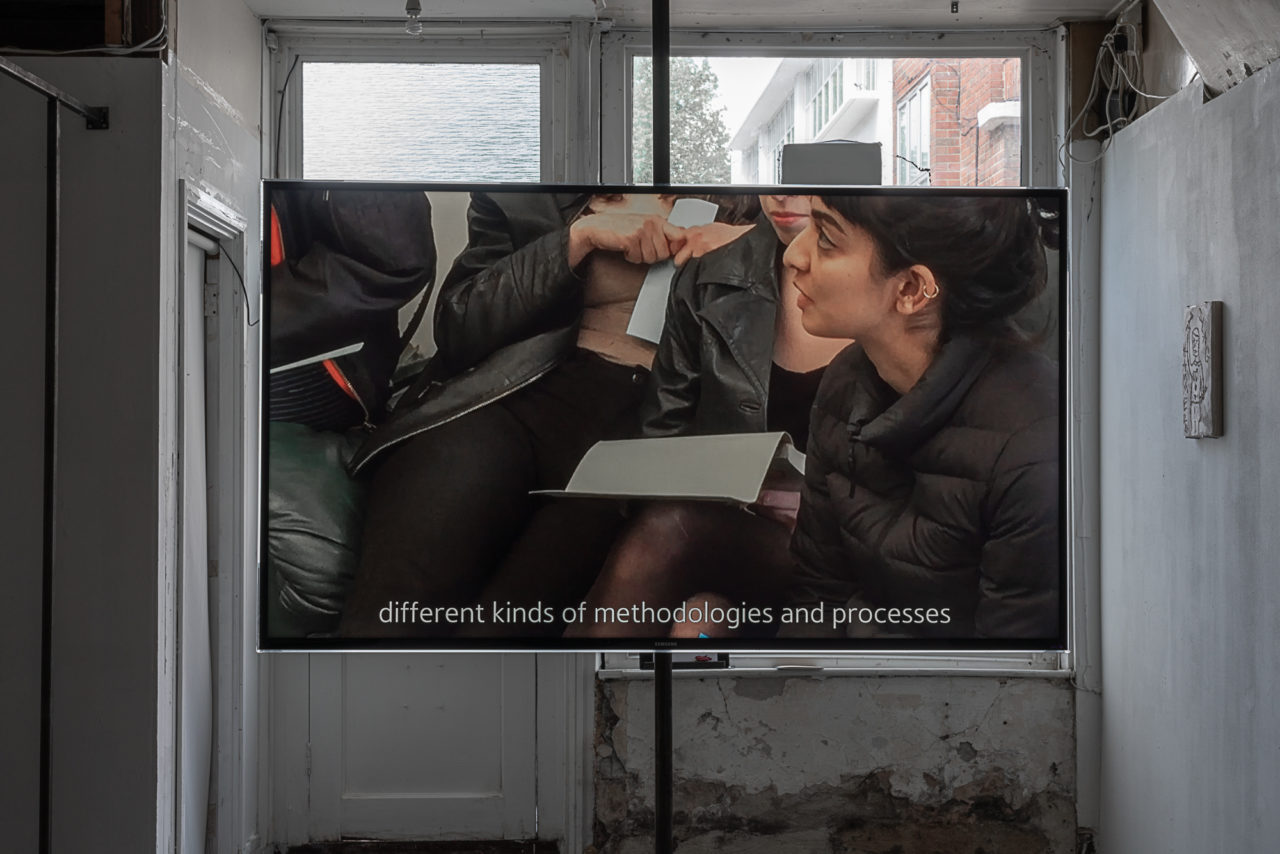 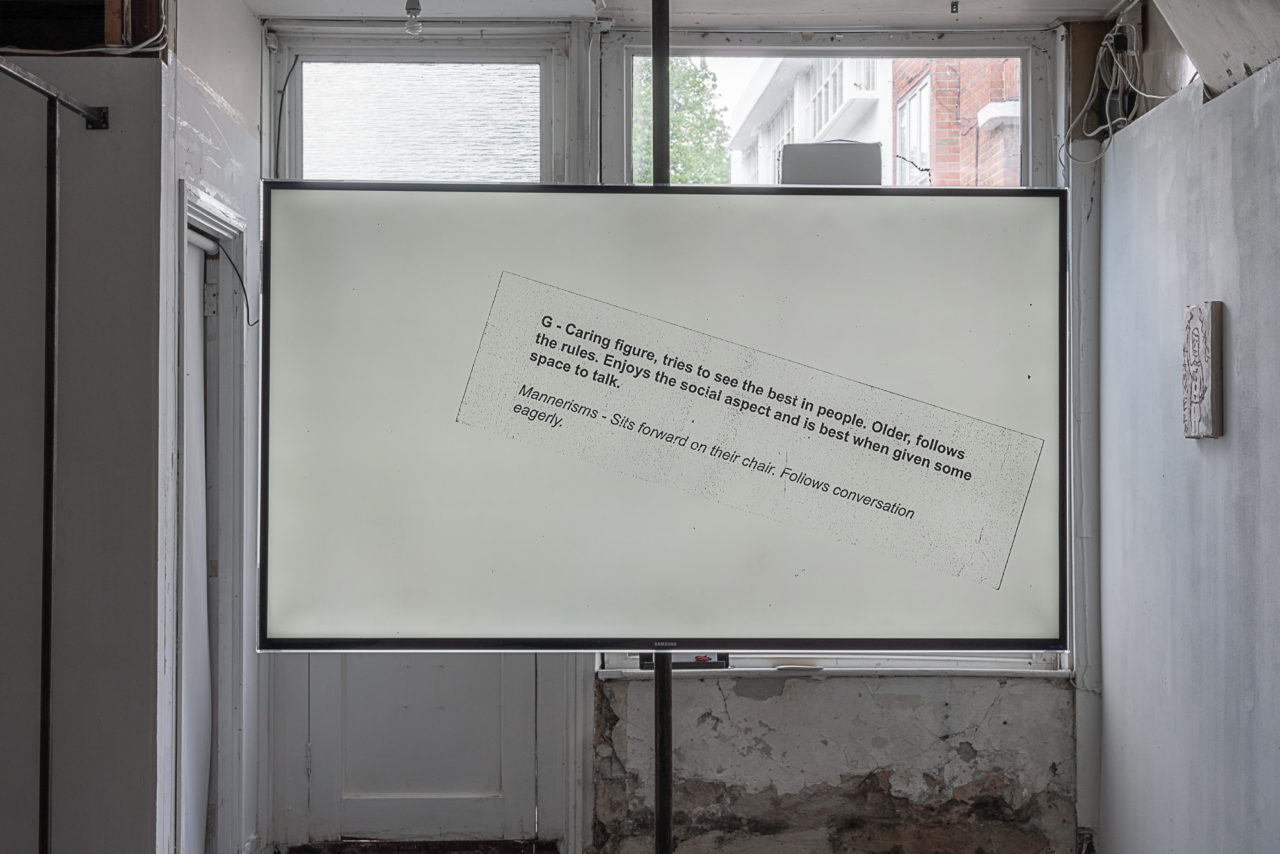 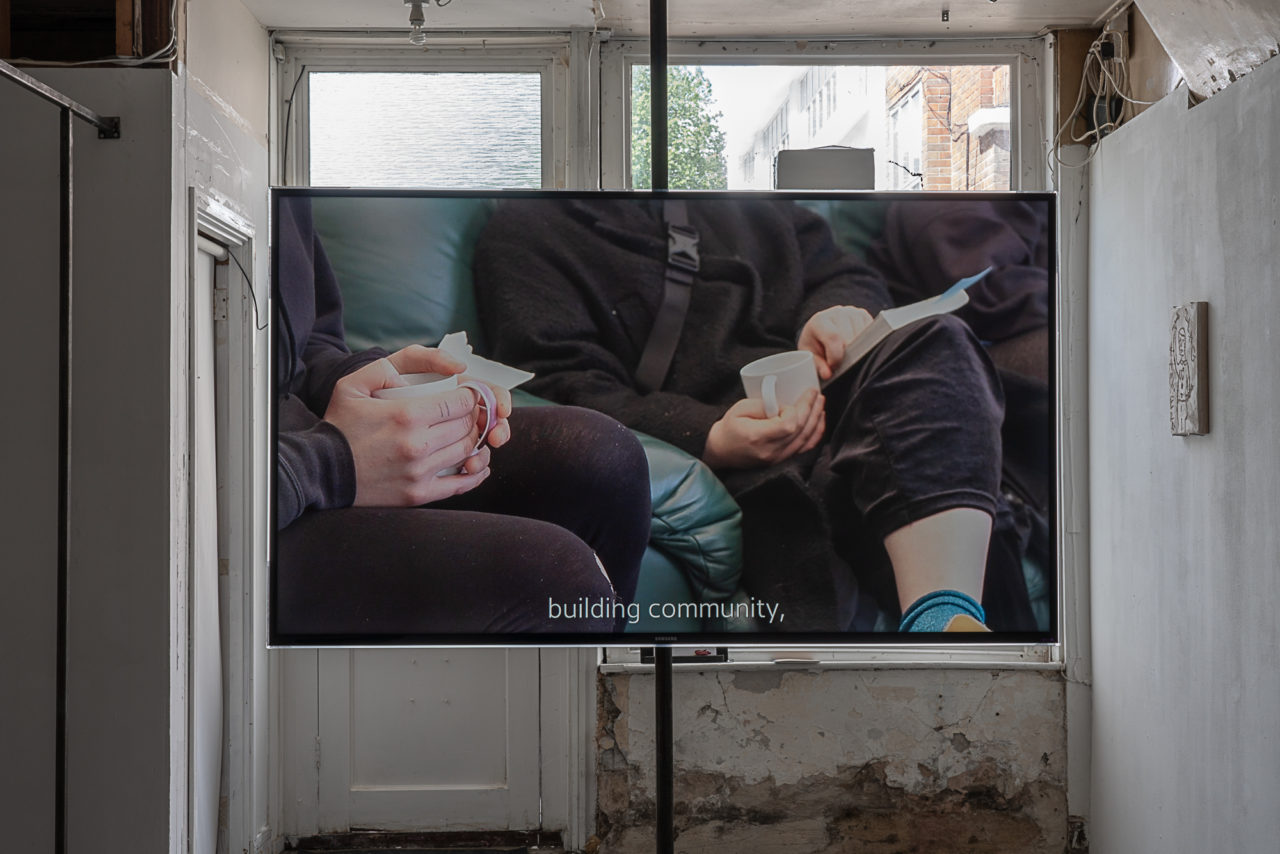 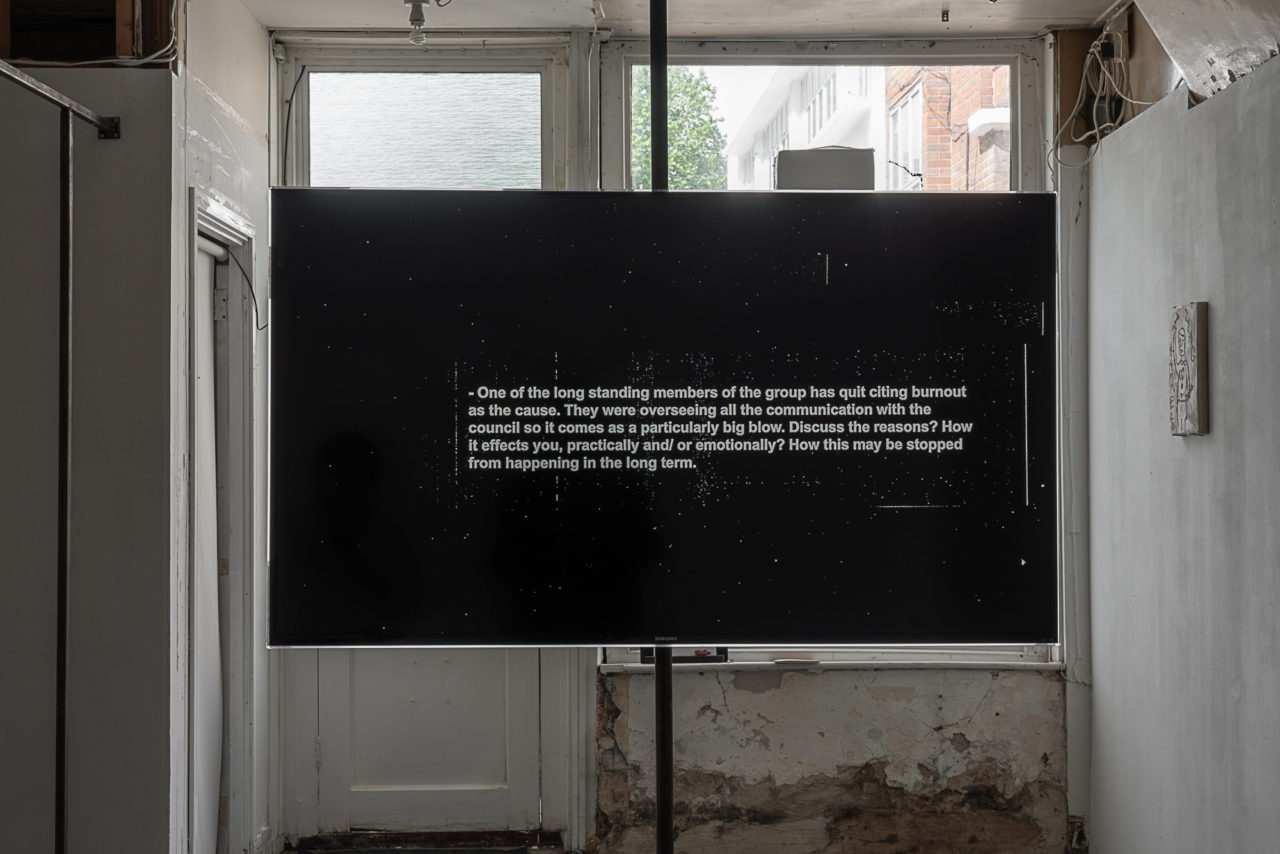 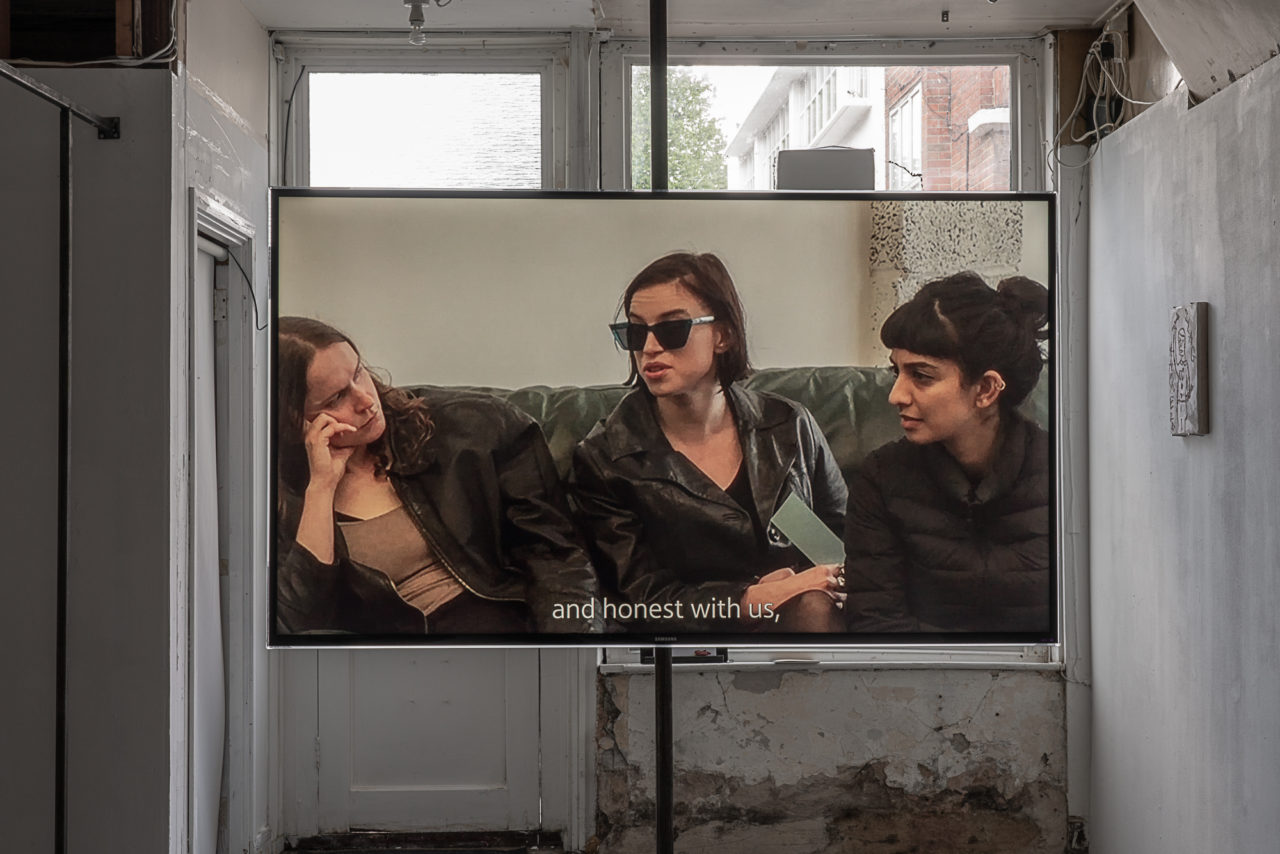 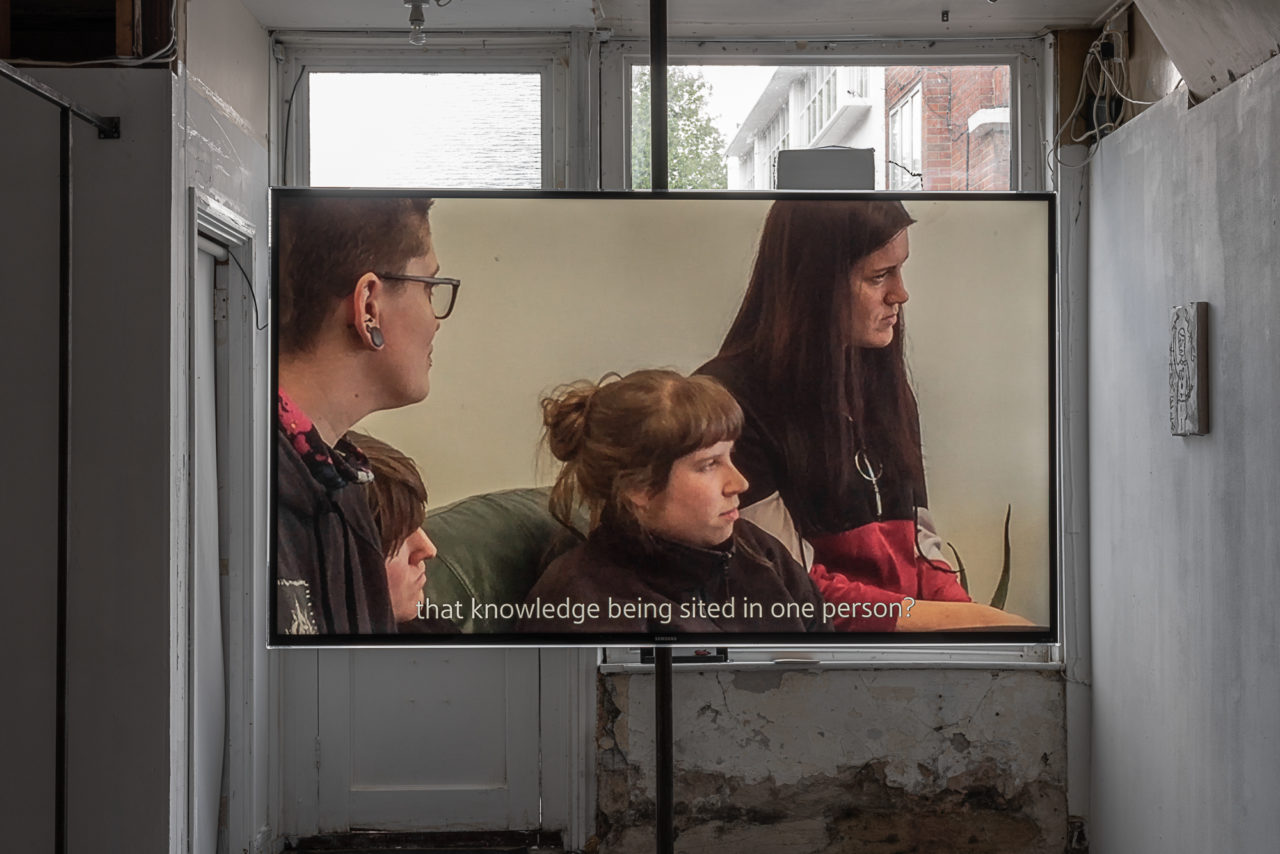 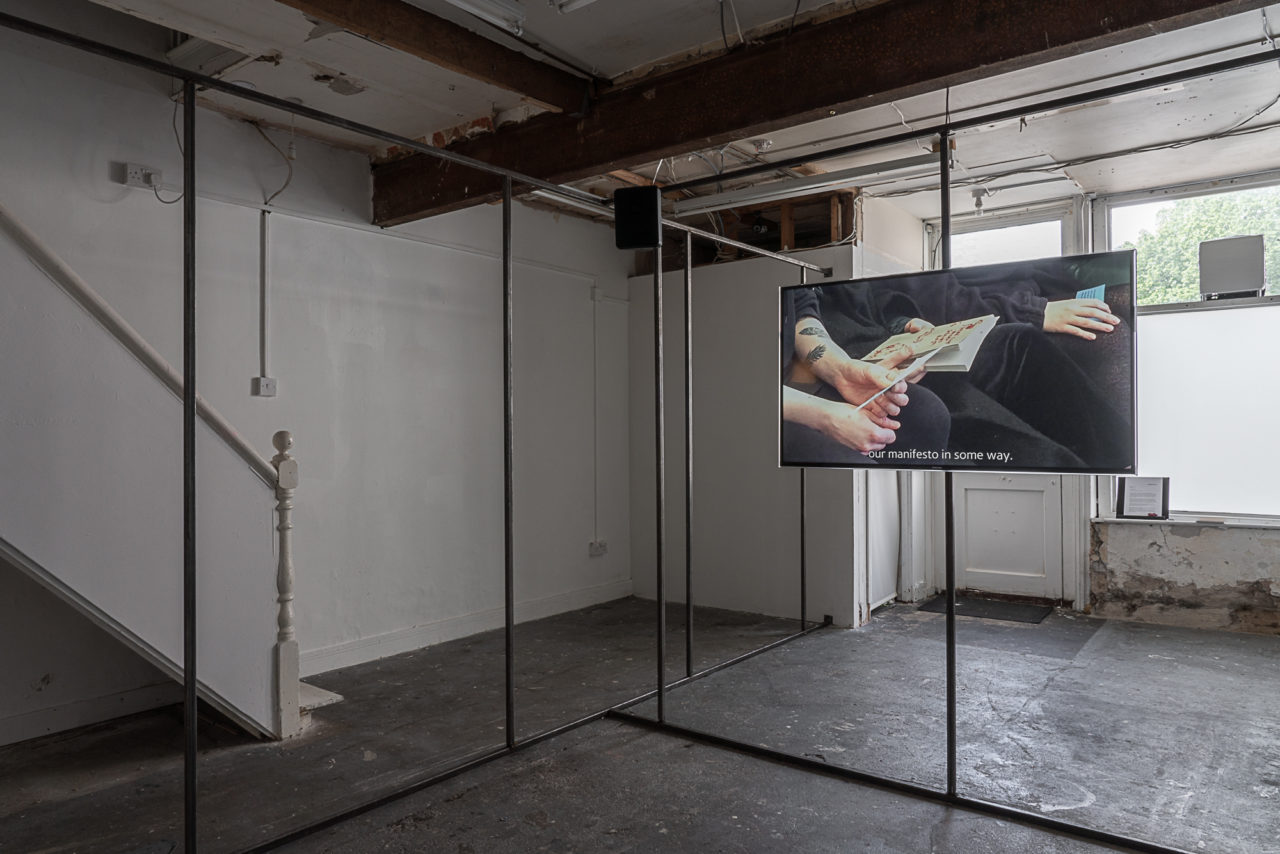 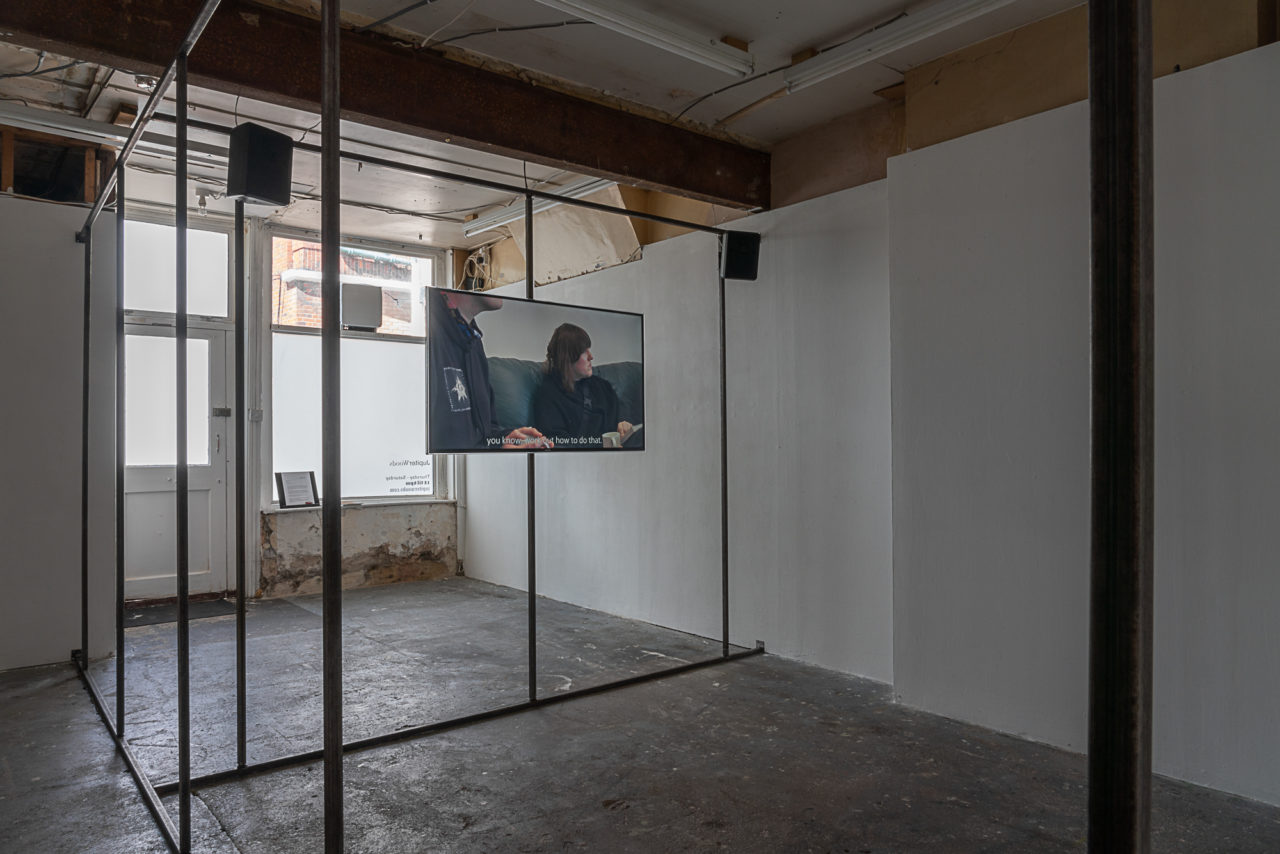 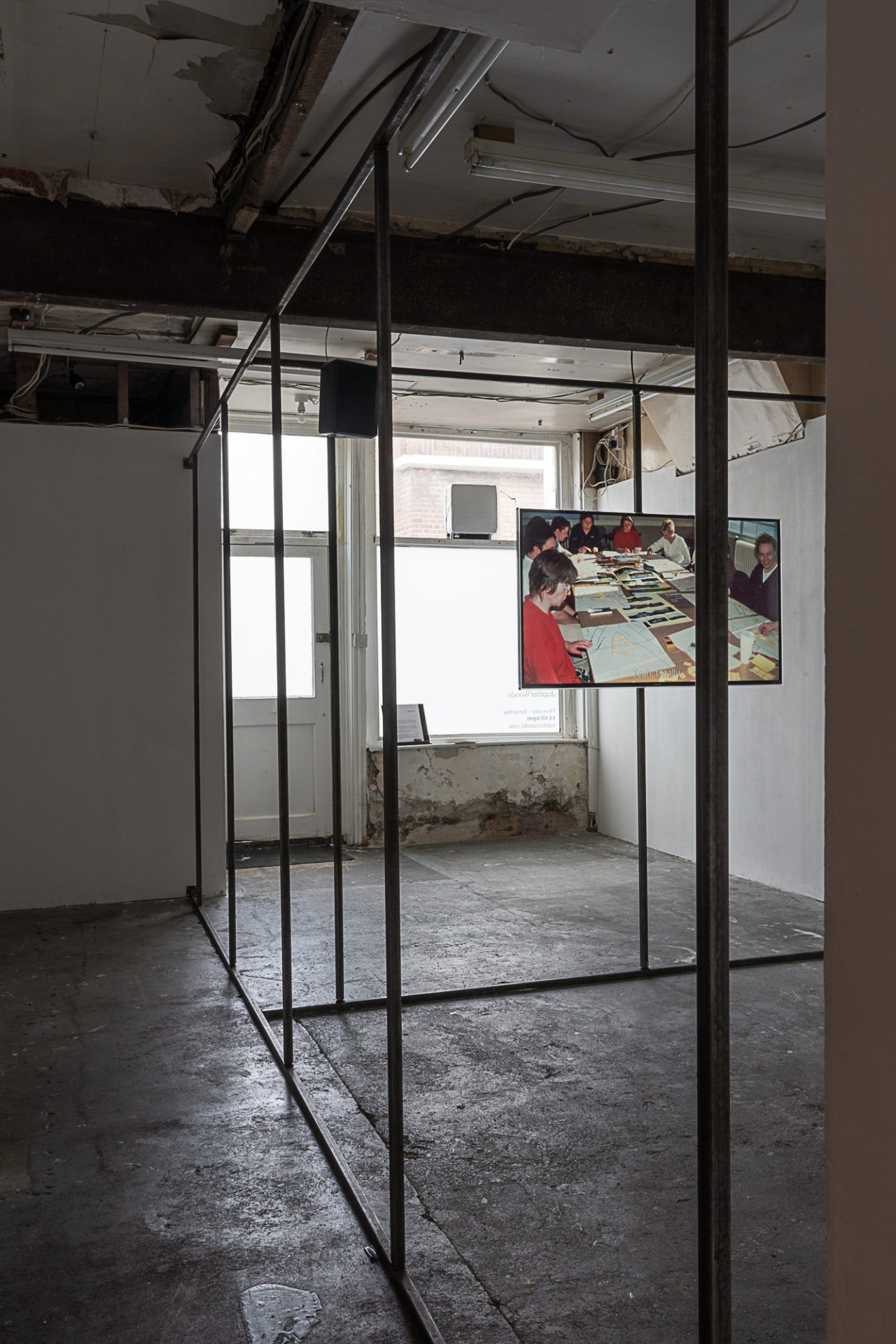 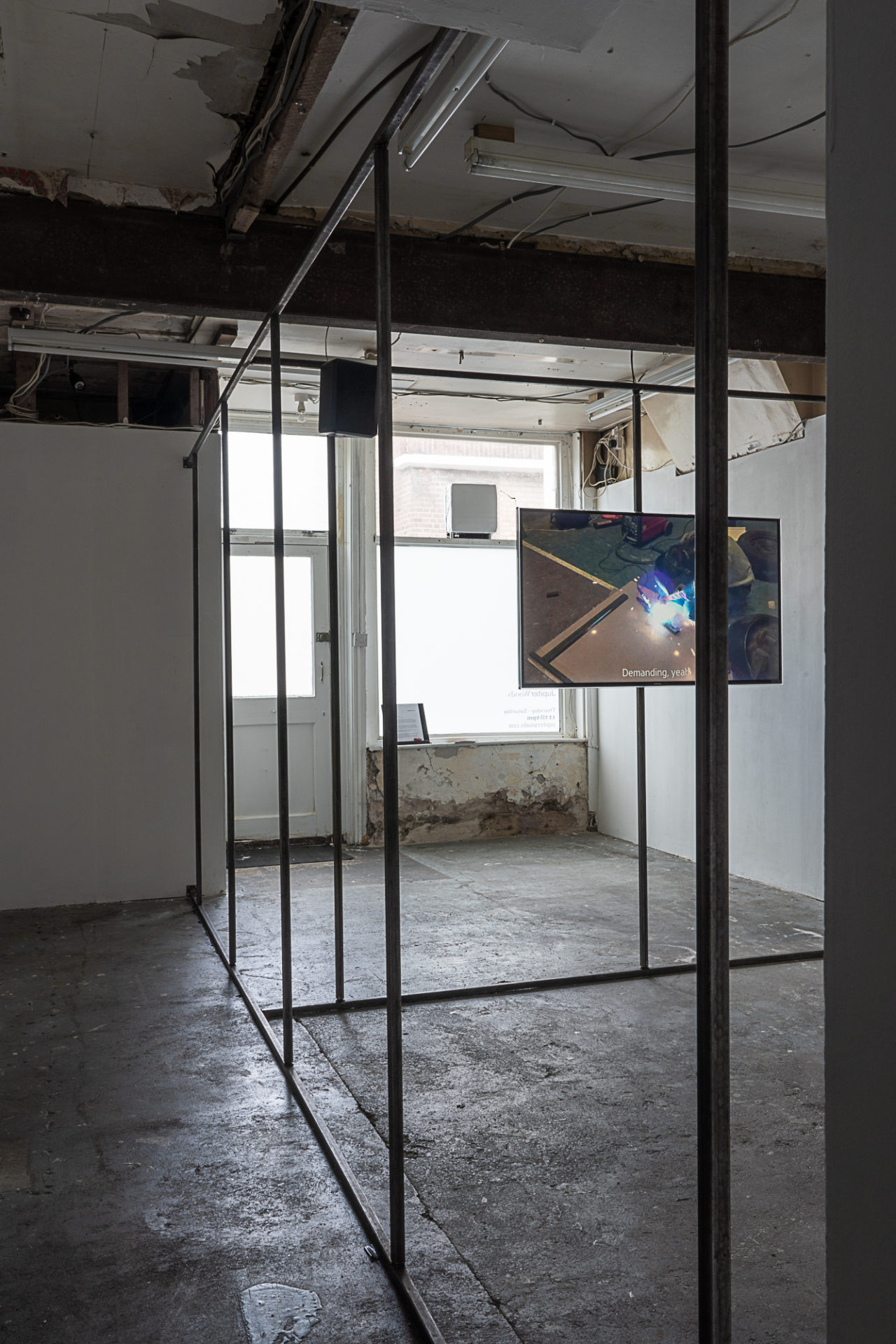 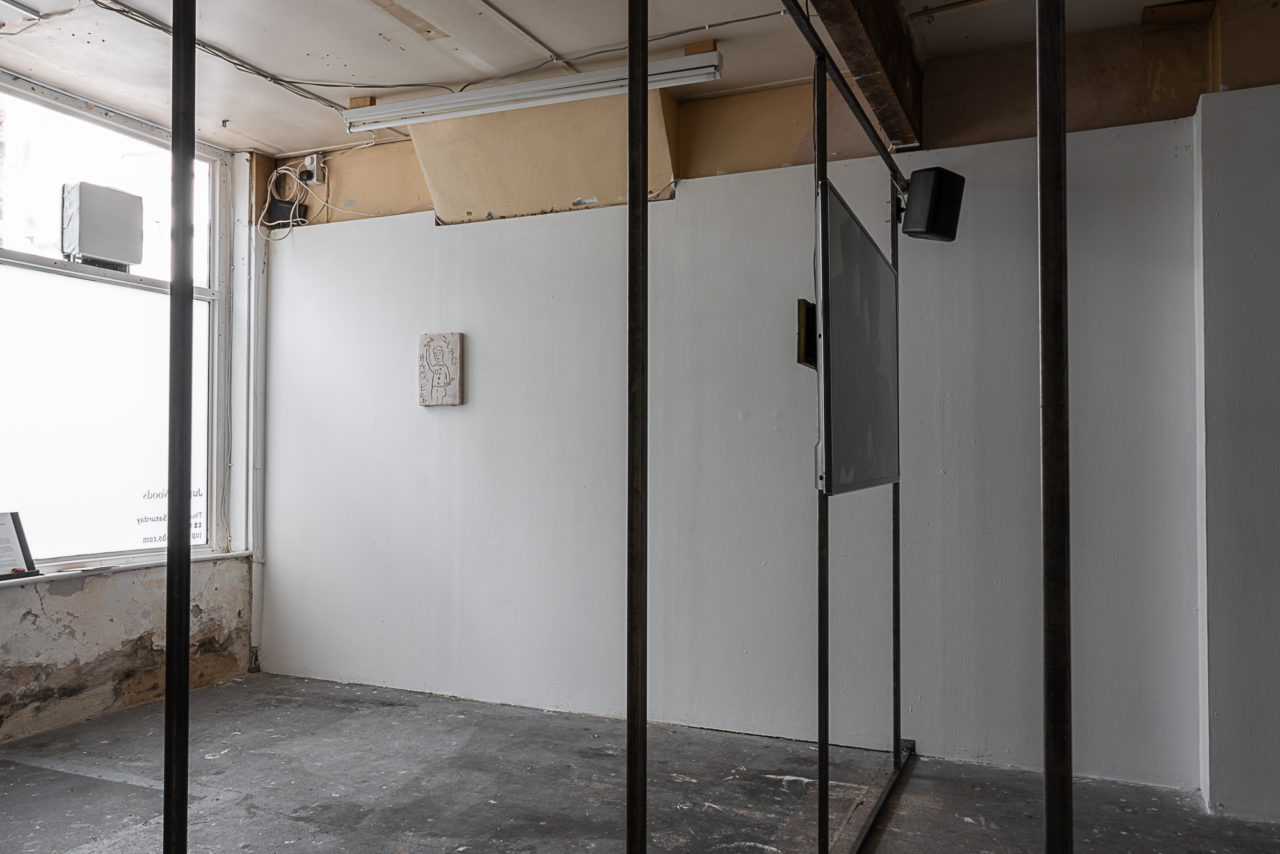 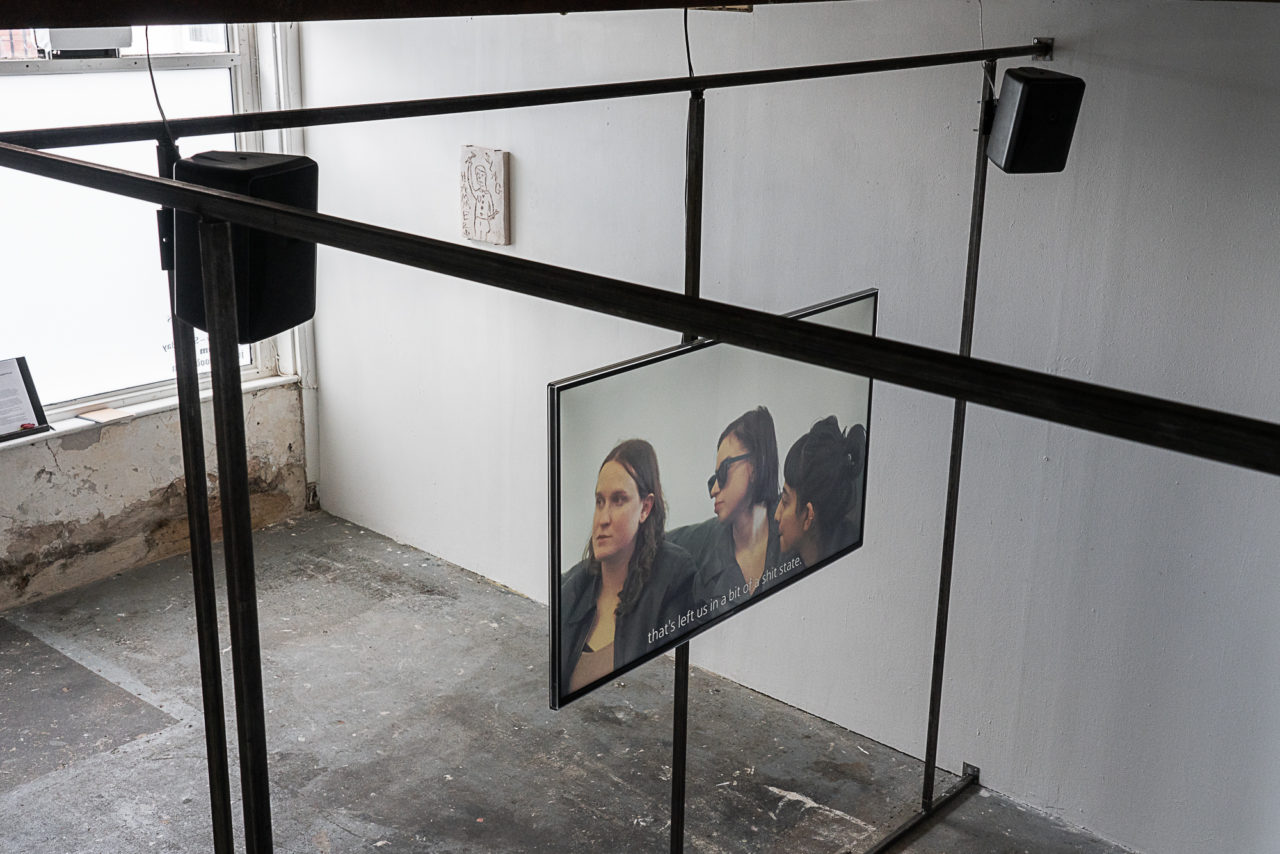 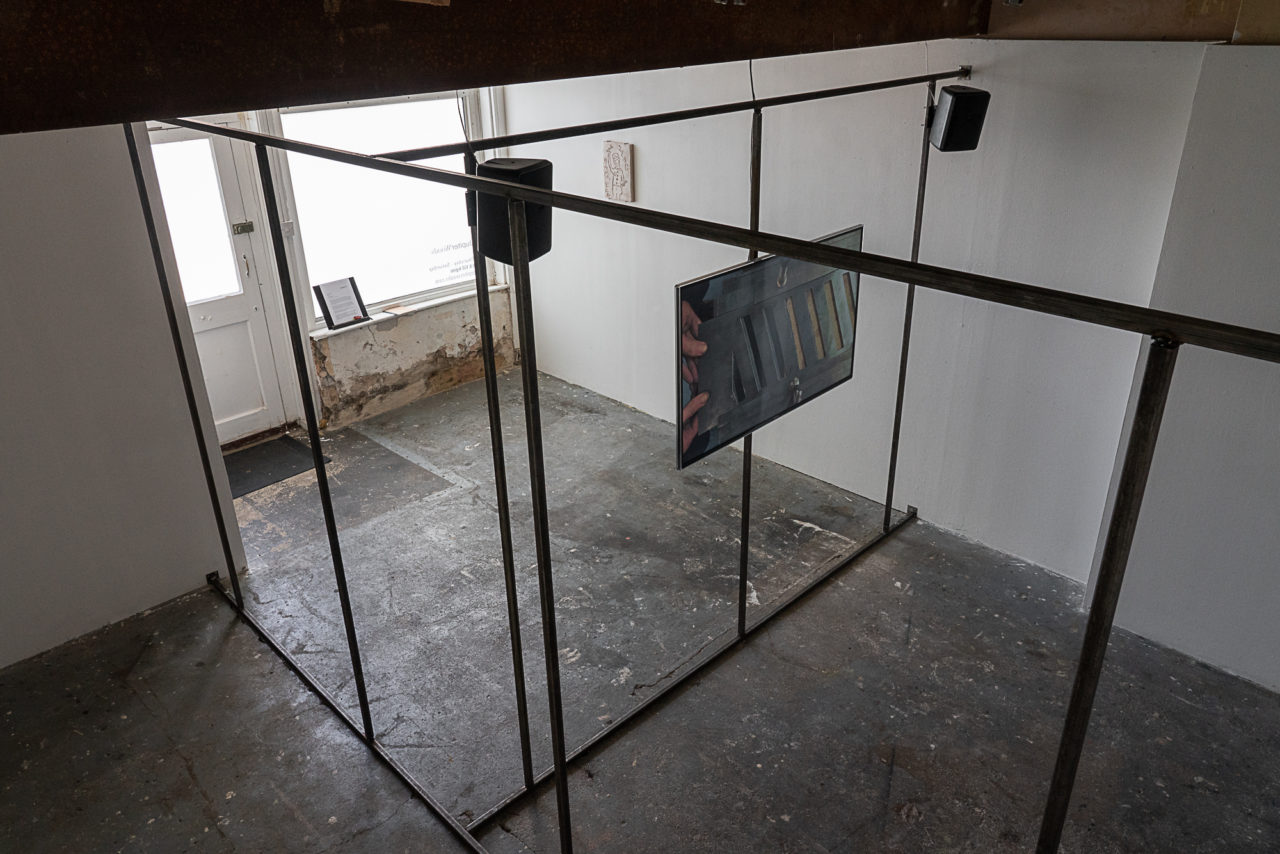 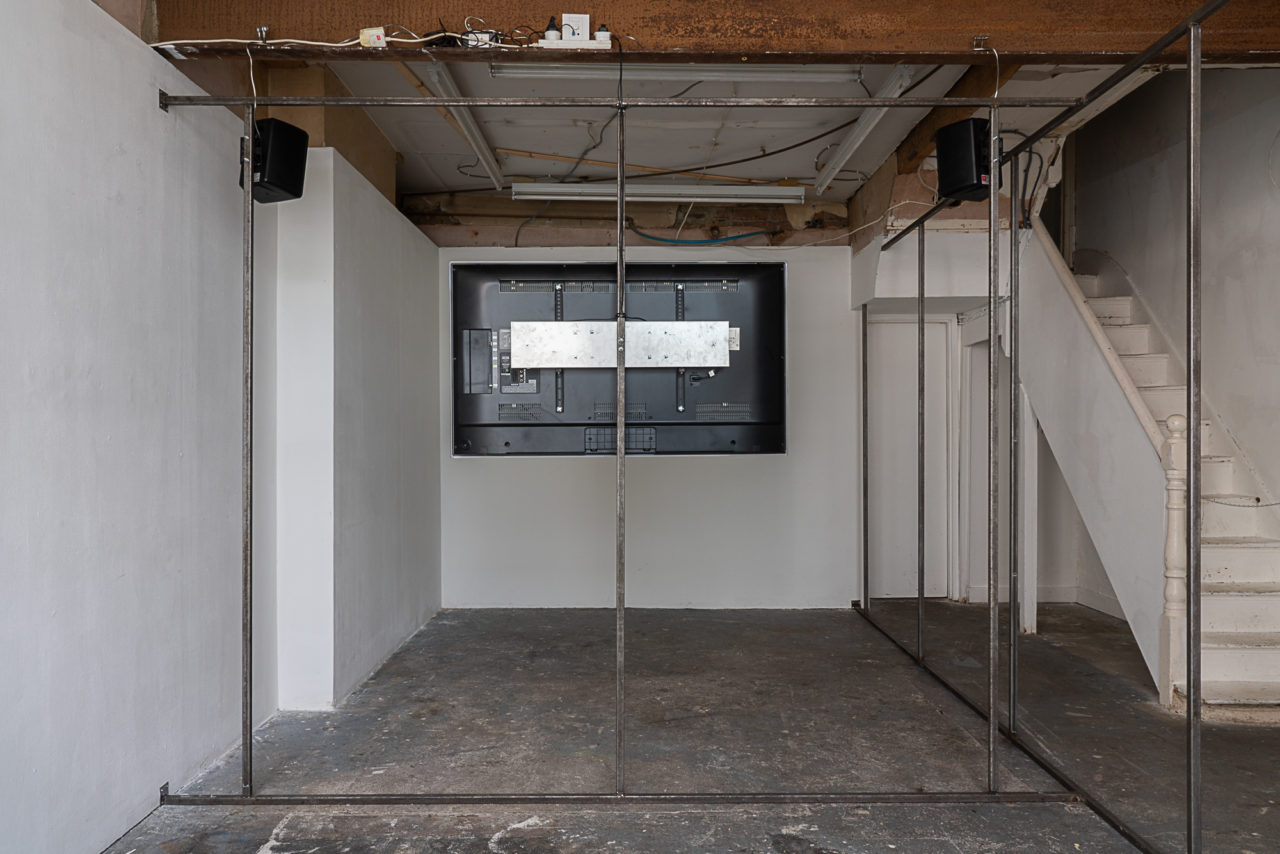 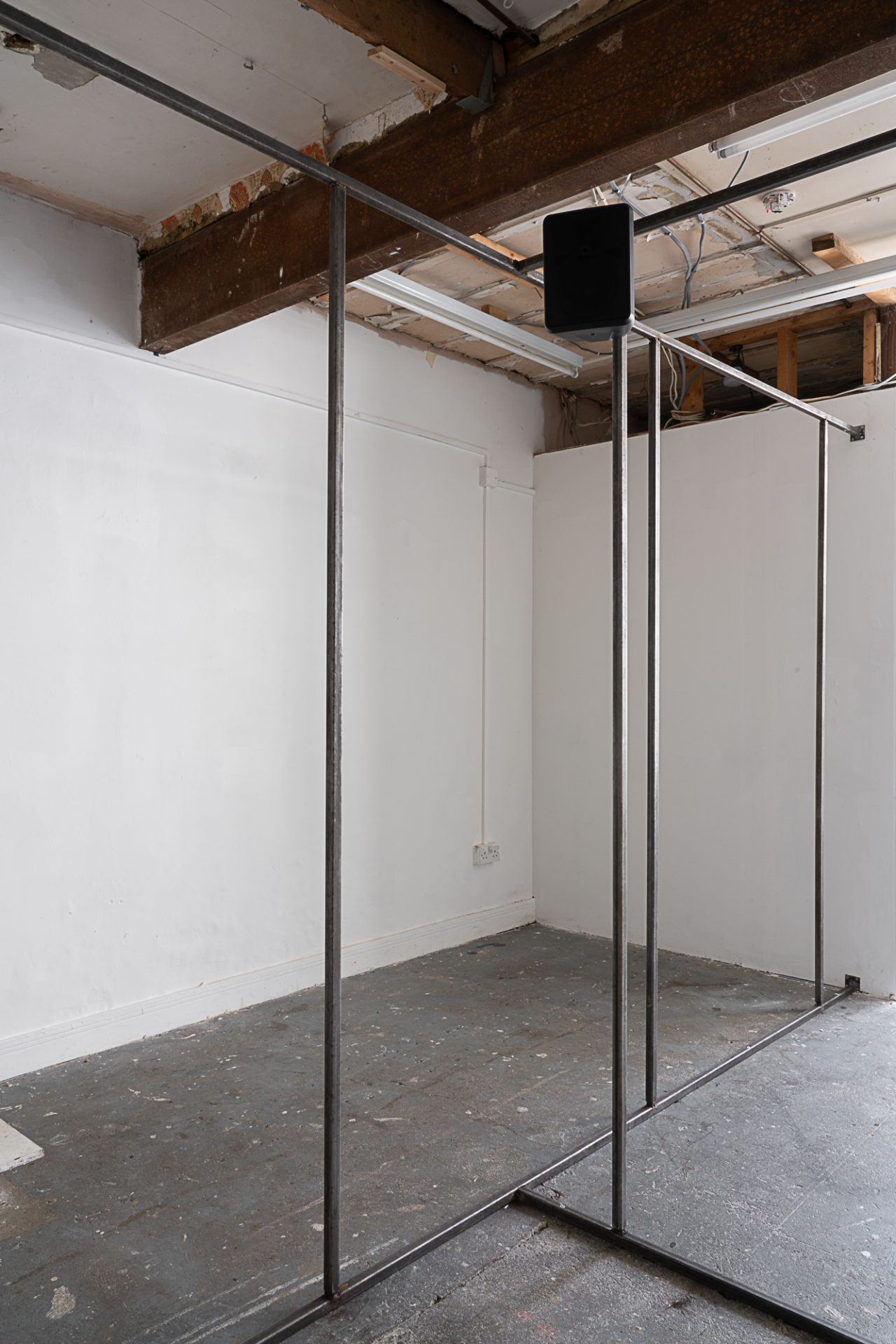 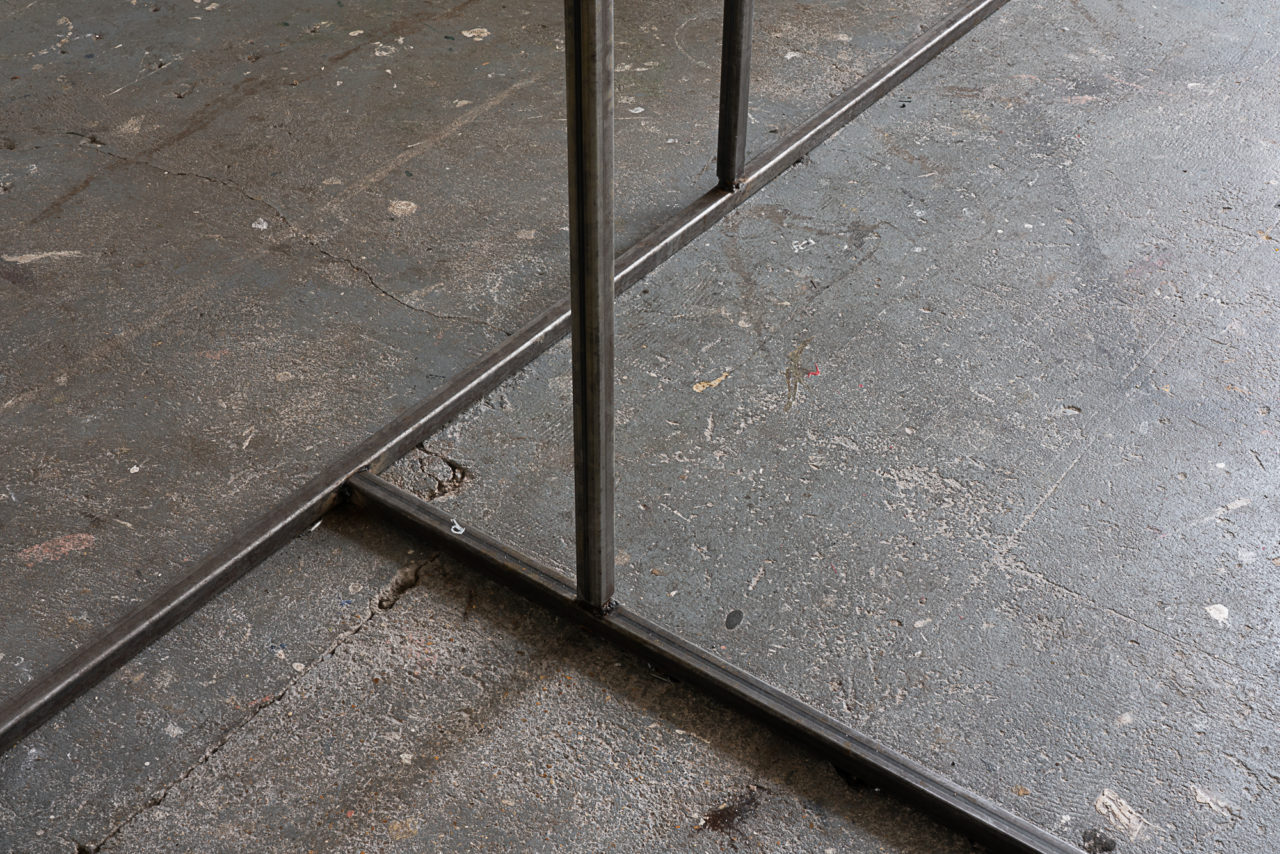 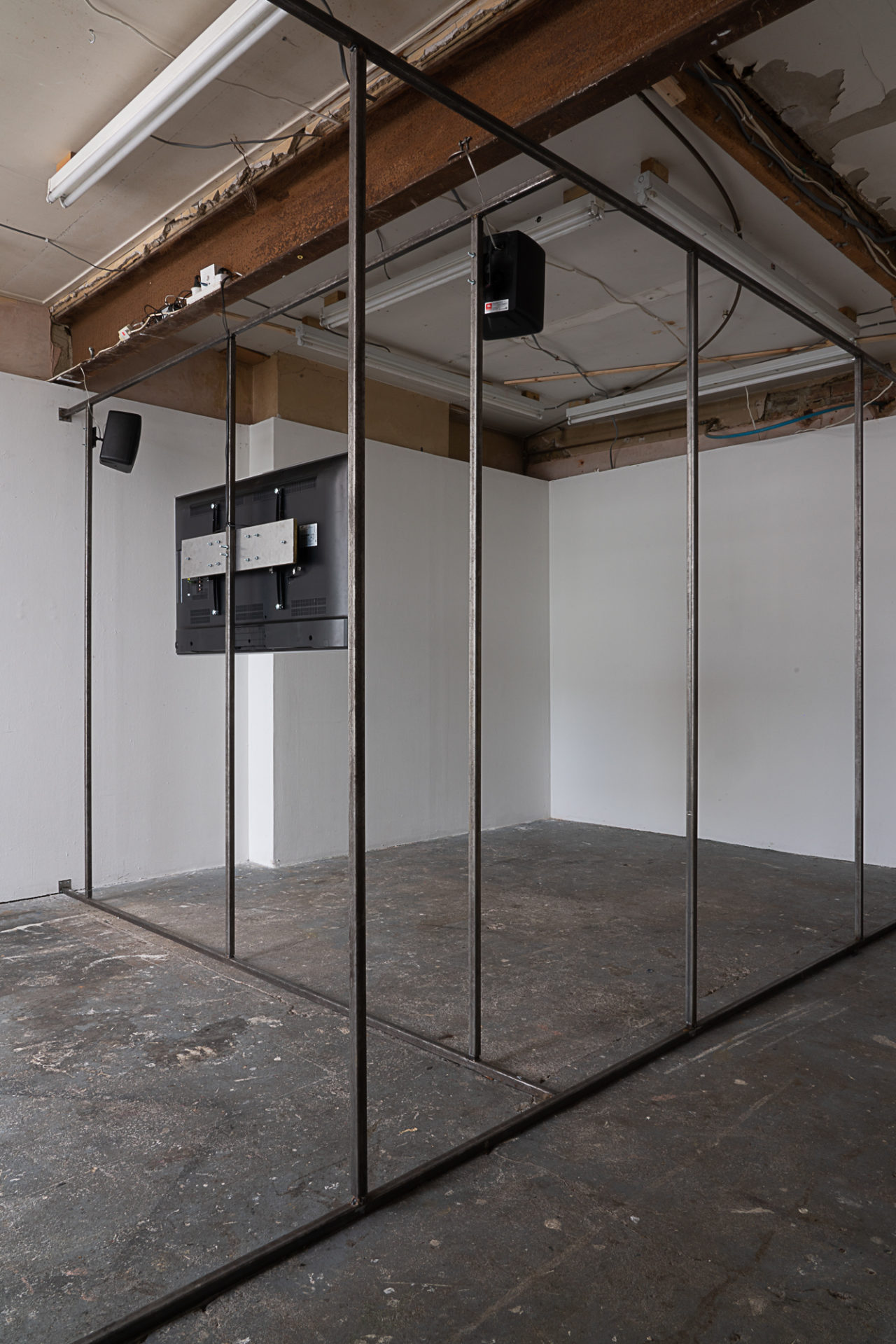 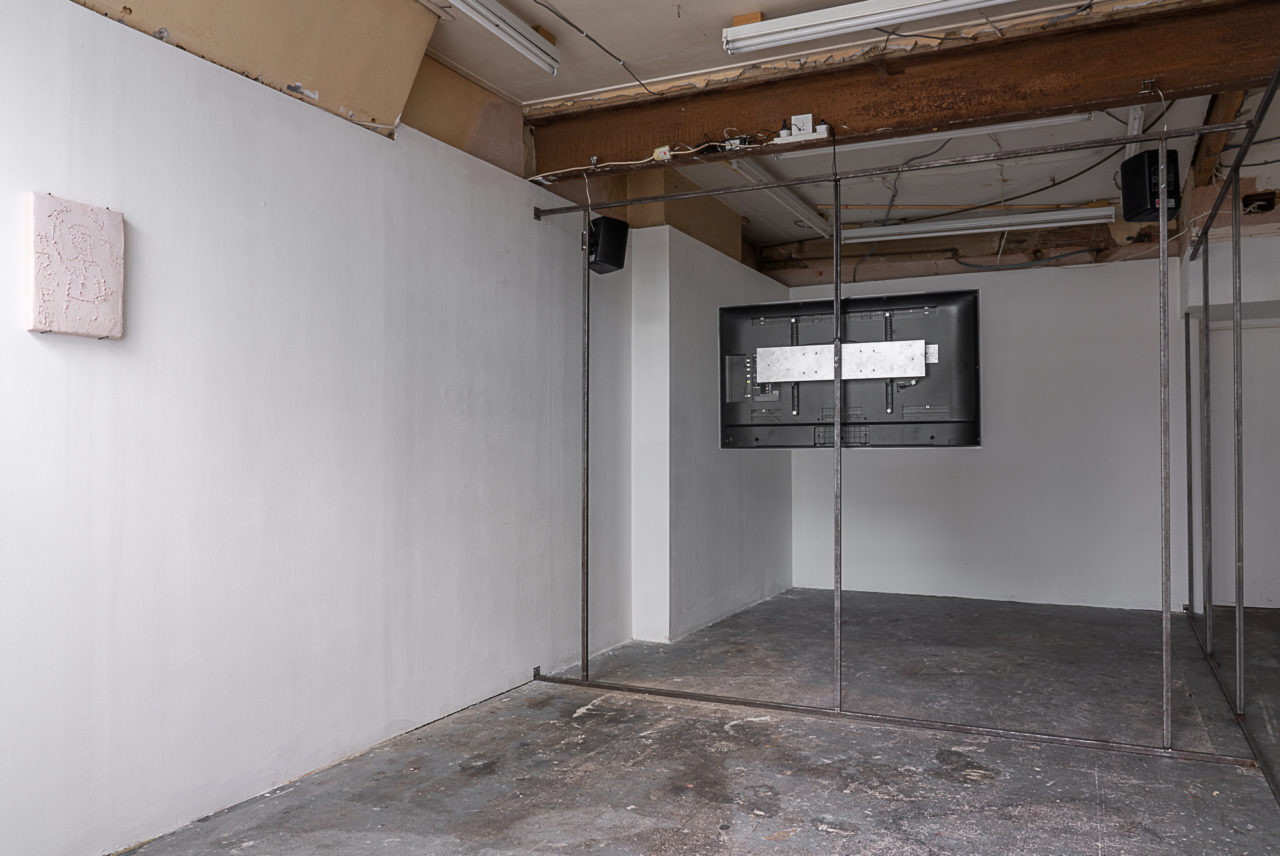 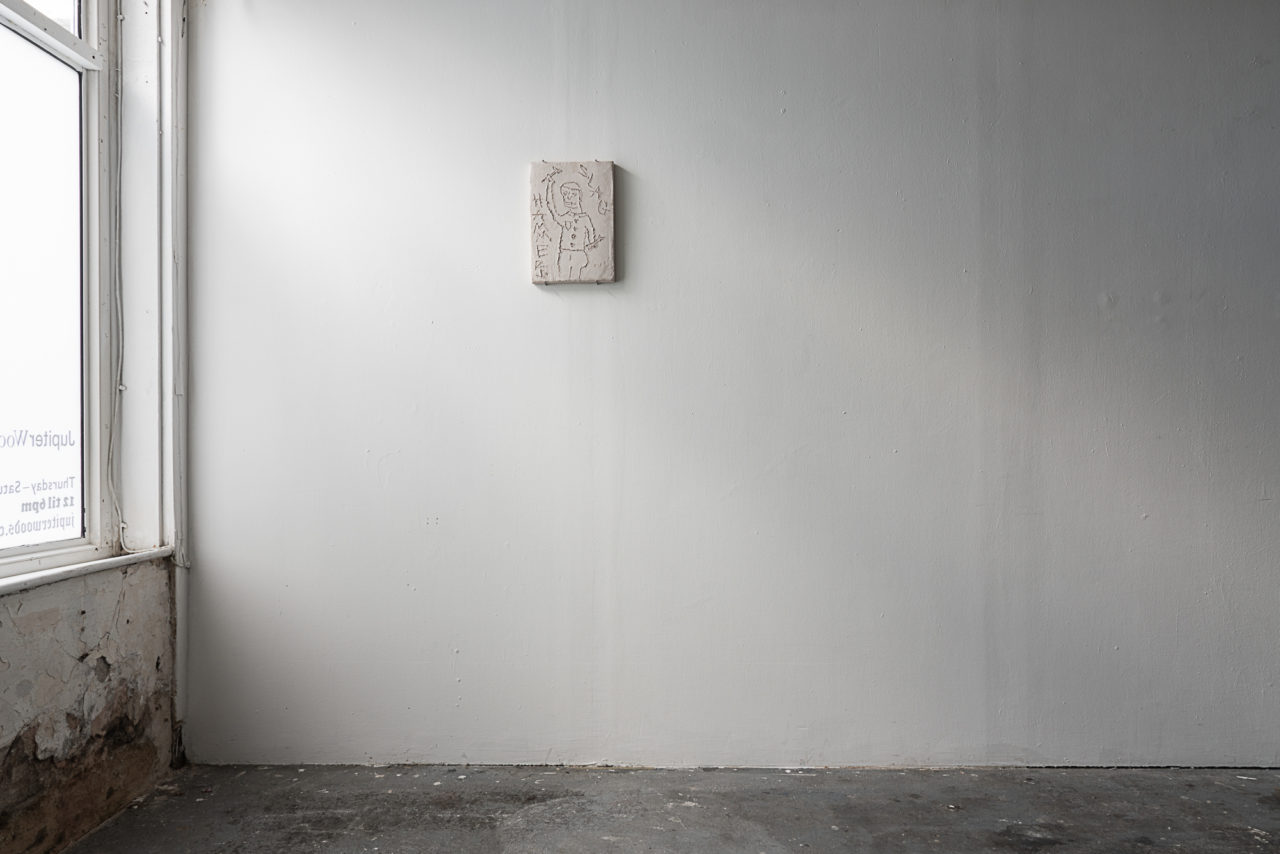 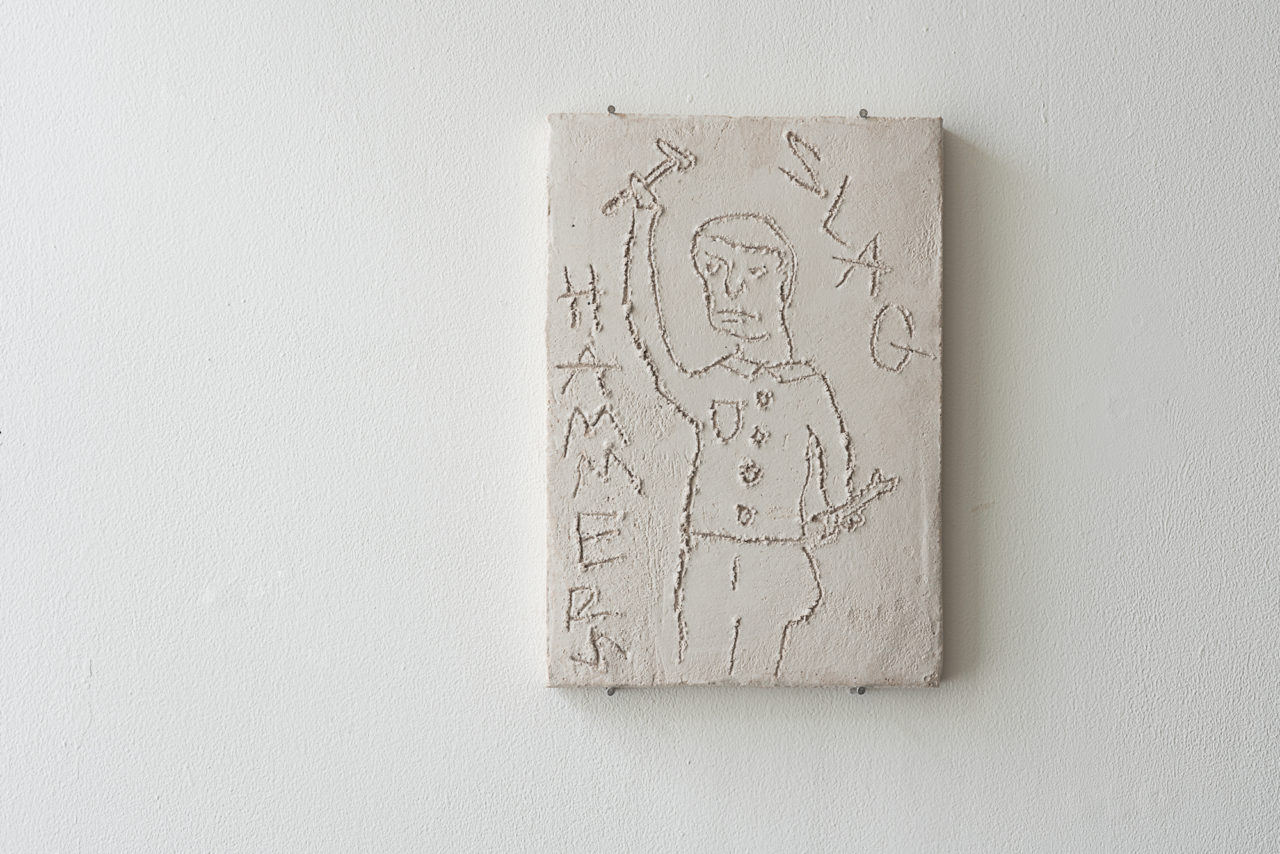 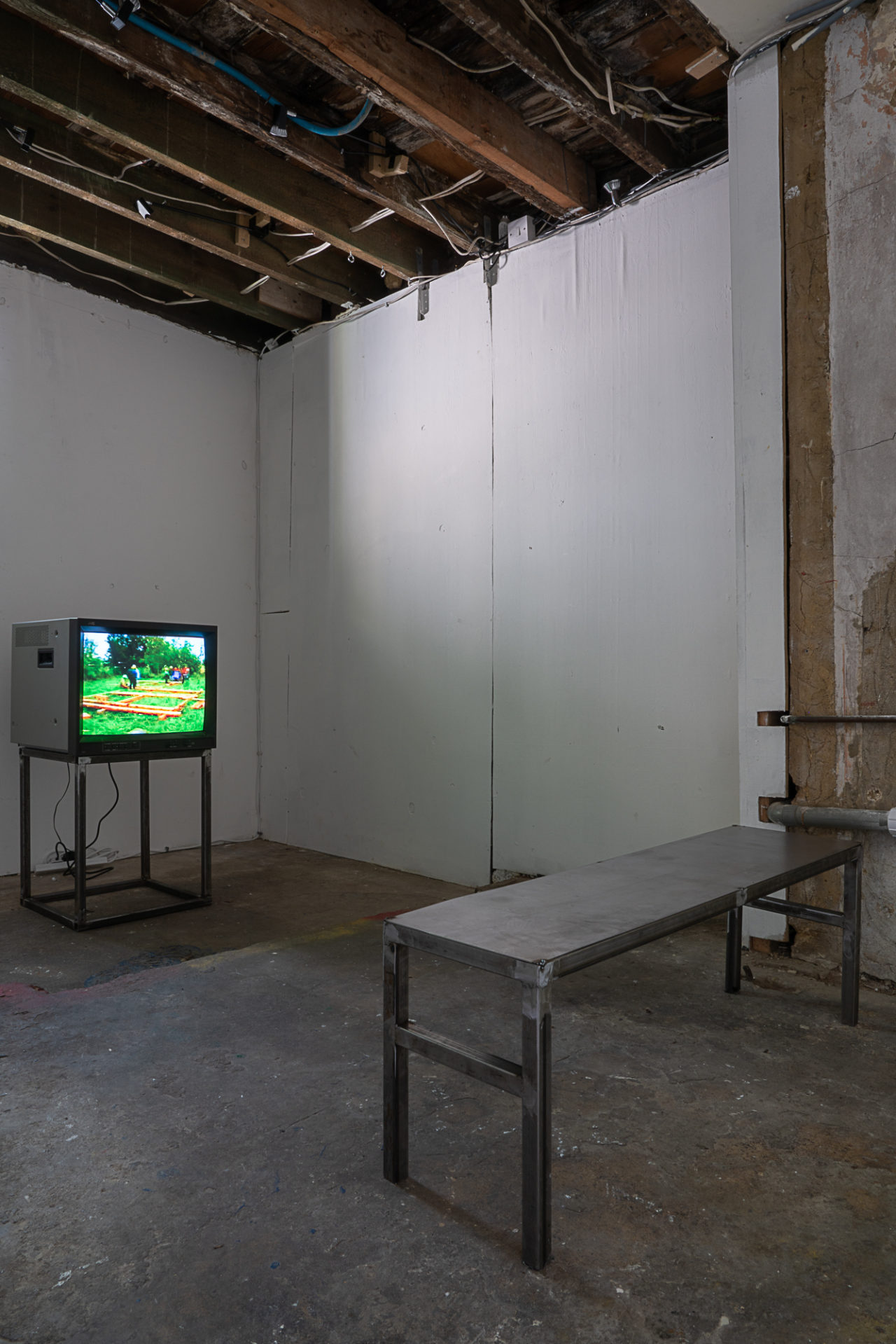 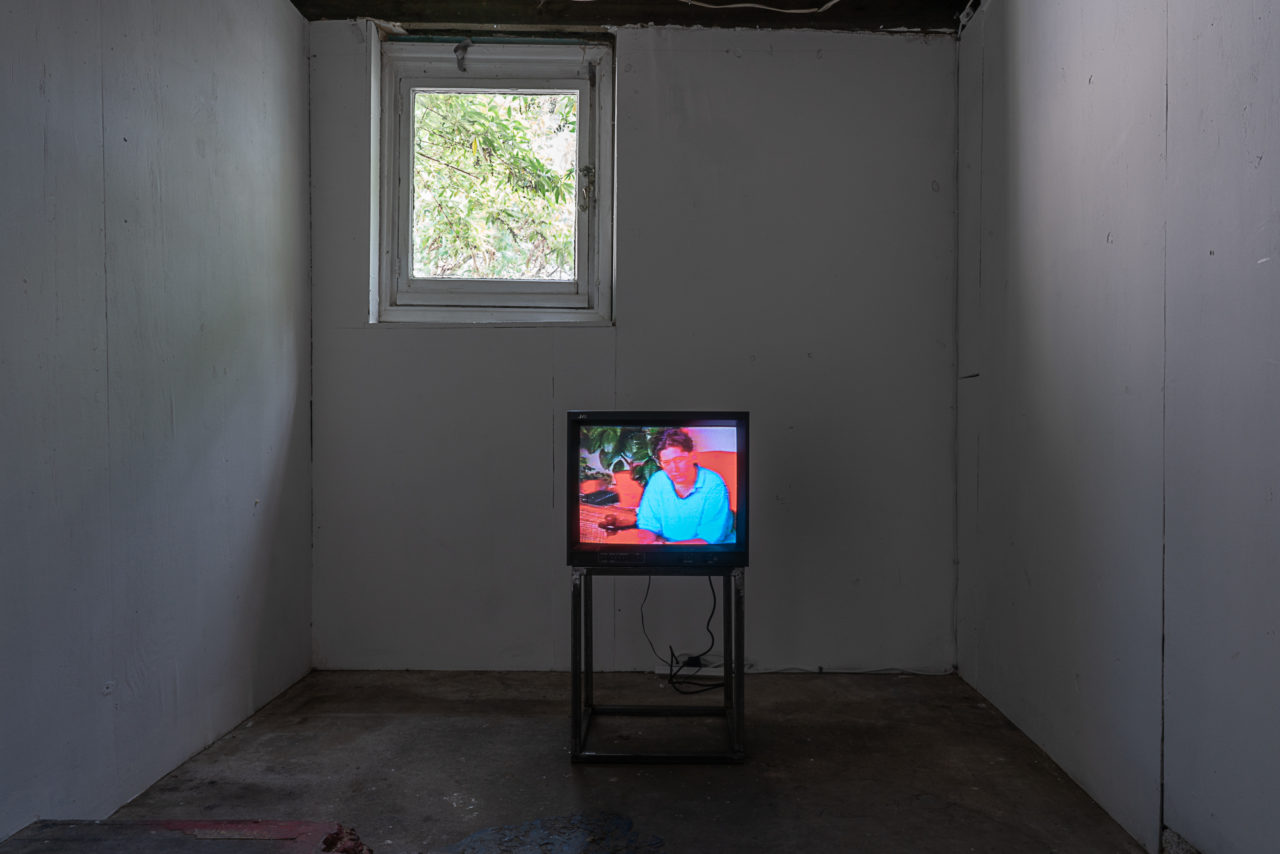 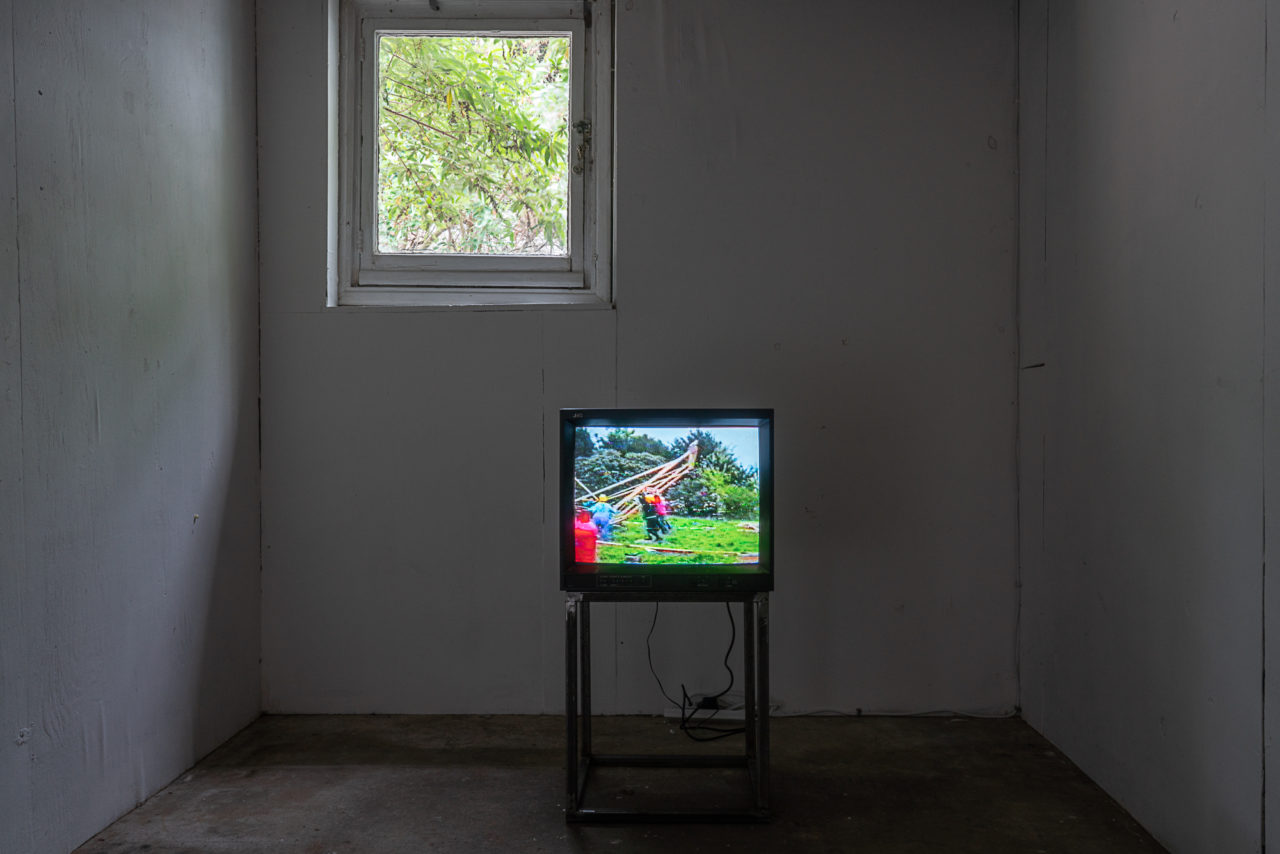 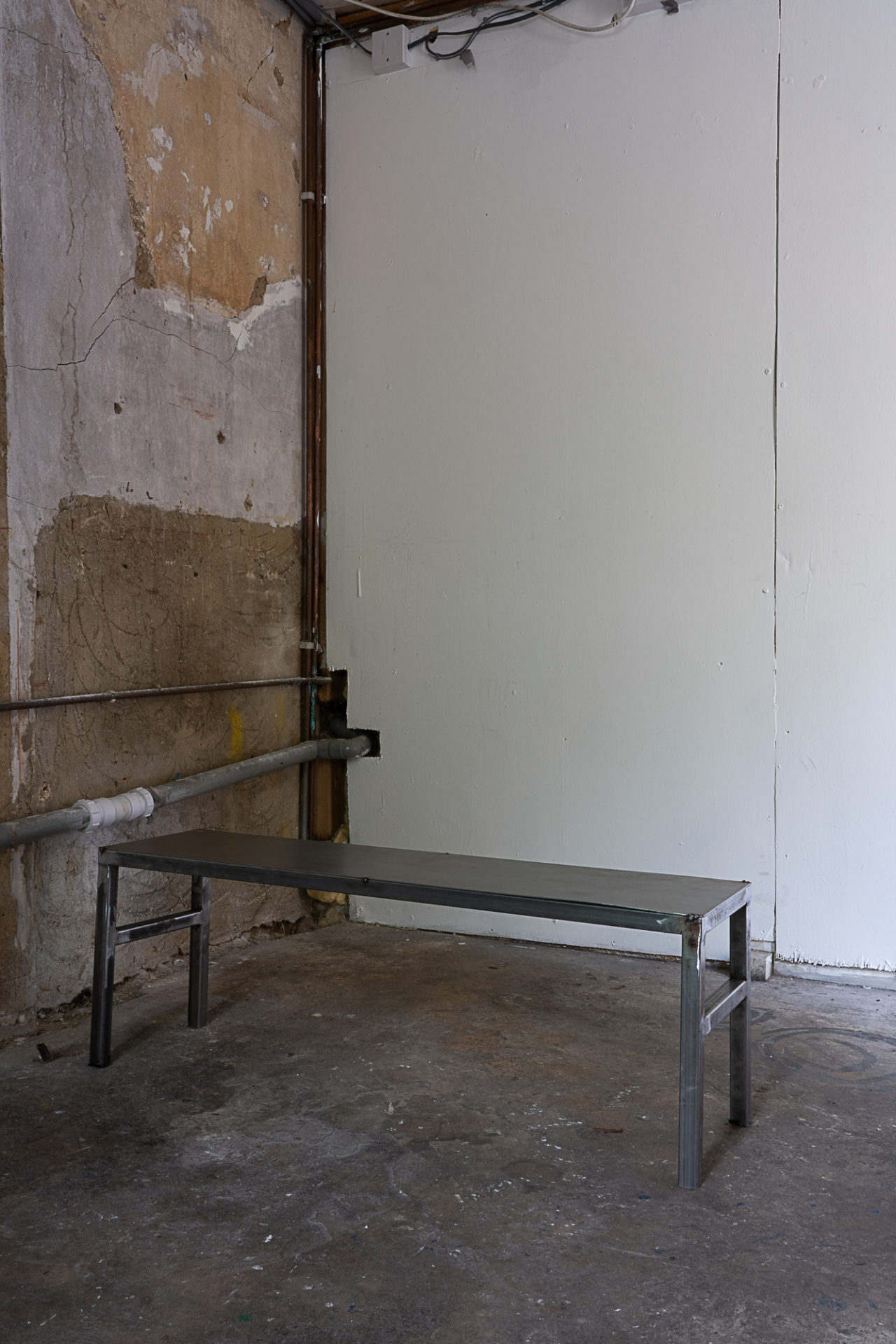 PV: Friday, 3 May, 6-9pm
Open Friday-Saturday and by appointment


Jupiter Woods is pleased to present Brace, a solo exhibition by artist Winnie Herbstein.
Brace expands on Herbstein’s ongoing research into gendered labour and workspaces, including the typically masculine territory of the building site. The project will also continue the artist and Jupiter Woods' mutual research on historical and contemporary forms of feminist organising, addressing these questions in relation to architecture and the formation of space. Cooperatives and groups studied include Matrix Architectural Group, Women in Manual Trades and the Women in Construction course in Glasgow. Herbstein is also actively involved in Slaghammers, a feminist welding collective in Glasgow, which plays a crucial part in the project.

Brace draws on material from the archive of Take Root, a women’s self-build group from the 1990’s. Working closely with minutes taken from the group’s meetings, moments have been developed into scenarios and restaged by members of Slaghammers. Layering and sharing experiences of organising, these segments will feature in a film newly produced for the exhibition. This will sit alongside The House That Jill Built (1994), a film-documentary produced by the Glasgow Film and Video Workshop on the story of Take Root. Herbstein’s involvement with Slaghammers closely informs the work throughout, with metal support structures collaboratively built and installed to house her film and research.

Featuring archival material, sculpture and film, the exhibition will enable past, present and future conversations to inform one another and address modes of building space. WithBrace, we wish to reflect on the way archives can be dealt with and activated, and how histories of organising can be revisited, re-enacted and learnt from.

Two offsite screening and in-conversation events have been organised by Jupiter Woods and Katrina Black in partnership with South London Gallery, exploring labour and film production, and placing Herbstein's research in dialogue with other works and practitioners.
The events will be held in The Clore Studio at South London Gallery.

Building Space: Housing and Resistance
Saturday 4th May, 3pm
A conversation on methods of inhabiting space, in relation to feminism within the architecture industry and housing rights. A screening of artist Ayo Akingbade's film Street 66 (2018), the story of housing activist Dora Boatemah and the Angell Town estate in Brixton, will be followed by a conversation between Ayo Akingbade, Rianna Jade Parker (curator and writer) and Frances Bradshaw (co-founder of Matrix Feminist Architectural Co-operative), chaired by Carolina Ongaro (Jupiter Woods).
Book your tickets here: https://www.southlondongallery...

'Brace' is a project organised by Katie Simpson, Katrina Black and Carolina Ongaro.