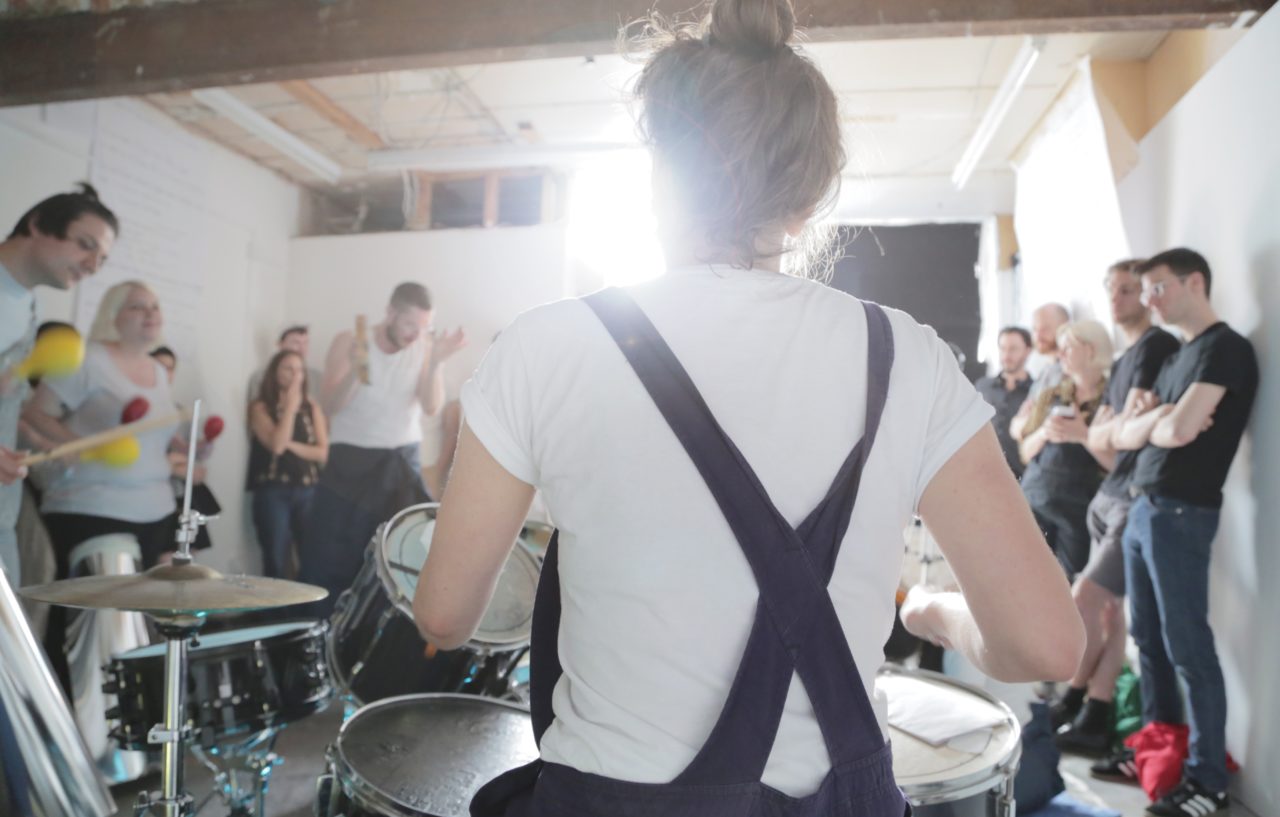 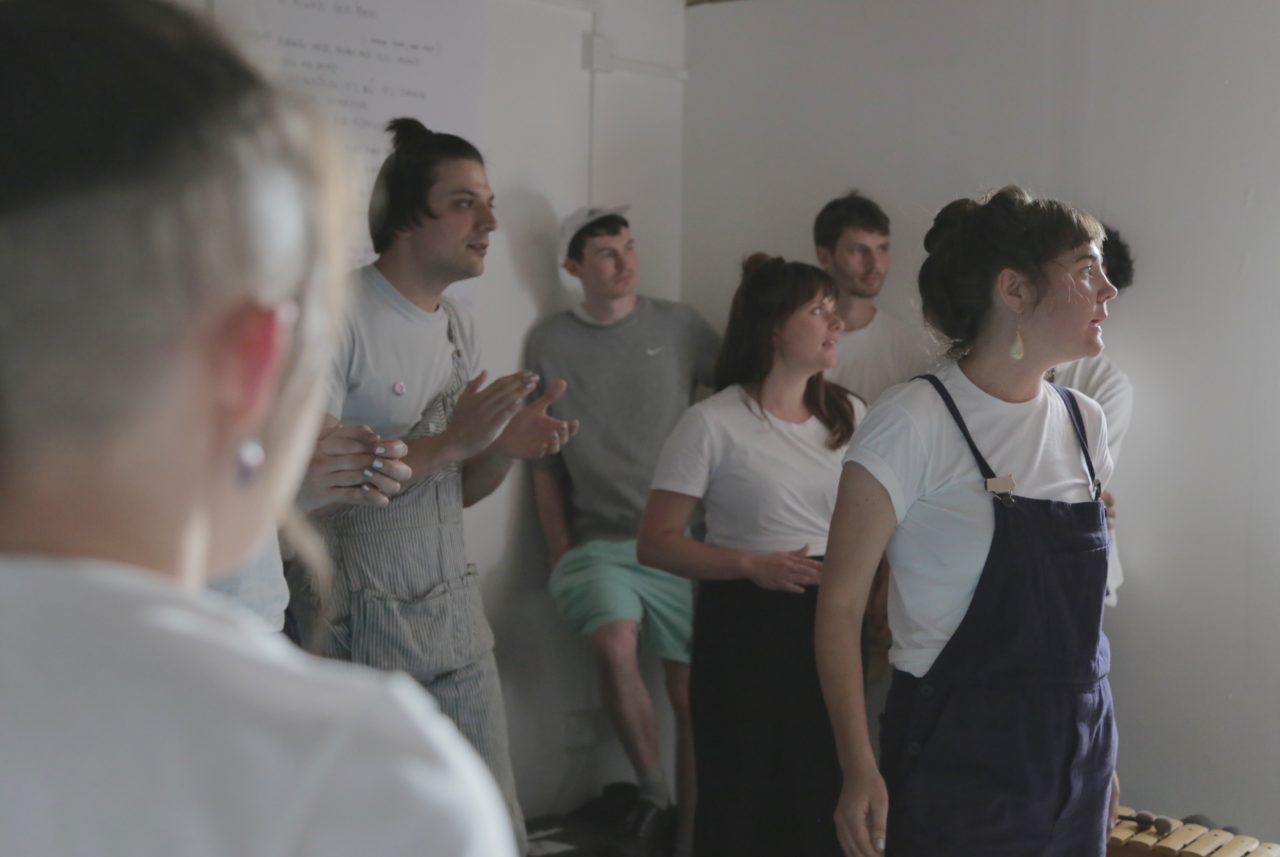 We are pleased to announce a new performance work in progress, written and directed by artist Jenny Moore, developed at Jupiter Woods London with a group of 12 collaborators over the course of 20. - 25. June.

Throughout this week, Jenny Moore will inhabit Jupiter Woods' space with two drum kits, tuned percussion, cardboard, lyric sheets, sticks, Sharpies, and a shifting roster of performers who will use the gallery as a private rehearsal space. Performers will join in at varying times to work through a series of compositions written by Moore, improvising and arguing their way into the final large group, performing the new piece at a public rehearsal on Saturday 25. June.

Through speech, song, percussion and space, Jenny Moore’s individual voice will increasingly be accompanied by others, following a process that leads to the formation of a plural voice. An investigation into ‘the performative’ underpinns the project and generates a moment of public revelation, arising from background encounters and trials.

A version of Mystic Business will be presented at the Wysing Polyphonic on the 2nd July: http://www.wysingartscentre.org/whats_on/annual_music_festival

/
‘Mystic Business’ is presented within Jupiter Woods’ programme focusing on the affective realm of the individual, while exploring the formation of interpersonal dynamics. This new series is composed of various degrees from performance-based residencies to exhibitions and events, carefully fluctuating between the public and private, displayed and withdrawn. The above will further Jupiter Woods' ongoing investigation into meaningful modes of 'making public' and methodology of care relating to curatorial and artistic work.

Jenny Moore is kindly supported by Canada Council for the Arts